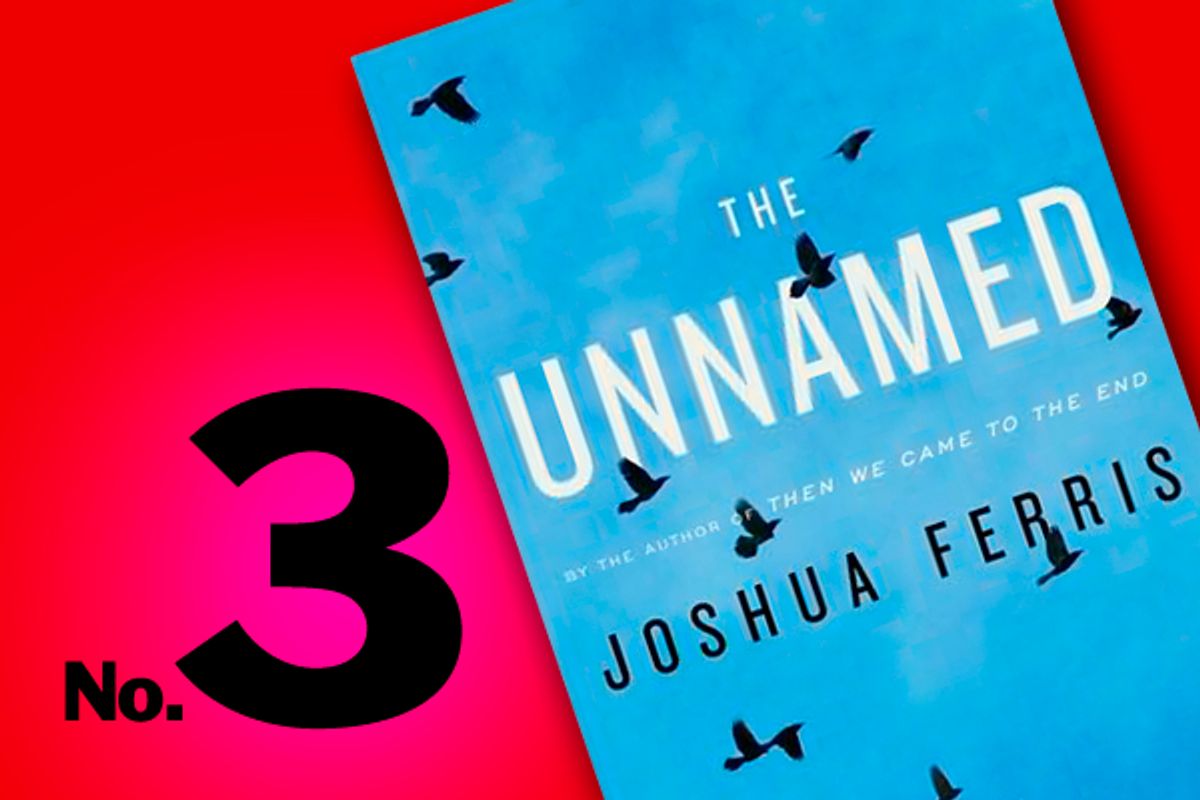 He came into the room and pulled the chair close and sat down next to her.

"I saw a dog in a purse. I saw bread being delivered, loaves of bread in paper sacks, dropped off in front of an Italian restaurant. Later in the morning I saw a body builder in nothing but a T- shirt and sweatpants, such an enormous pair of arms, leave a health club and trip over himself. He went down with his gym bag, and a woman with a baby stroller stopped to ask him if he was all right. I saw a quiet street where I thought you and I could live very happily, a street of brownstones with good little yards. I saw a man chipping the ice off his windshield with a butter knife. And it was working! I saw the Metropolitan Museum of Art. Even at this time of year, people are sitting on the steps out front like it's the Fourth of July. I saw the last of the last of the light. Should I go on?"

She had her eyes closed. "Close the door," she said.

He stood up and closed the door. She took down her pajama bottoms. He saw what she was doing and reached out for a chair and placed it in front of the door. He turned off the light and walked back to her as shadows began to assert themselves in the room. He climbed on from the foot of the bed and pulled her to him until her head left the pillow. A small spray of hair still clung there. She began to unzip him. He wasn't sure what to expect. He couldn't rule out one final treachery of the body, which if it had its way, he thought, would crown its triumph of cruelty by depriving him -- them -- of this too. But he overestimated its power, or underestimated his own. Or did they both want the same thing? Now was not the time to wonder. Now was the time to forget his body and to look at her. He needed nothing but the look she returned. Then she shut her eyes, and he shut his, and they began to concentrate. He found more strength in her than he expected. She moved under him with an old authority. He listened as she began to come, as she was coming, as the coming wound down to a long final sigh that accompanied a burst of static from the nurse's intercom above the bed. He used the pillow to muffle himself. It was a two-minute triumph for both of them, and afterward they calmly restored respectability to the room.

Joshua Ferris is the author of "Then We Came to the End," which won the Hemingway Foundation/PEN Award and was a National Book Award finalist. "The Unnamed" is his latest novel.