In the fifth-best sex scene of the year, a stem-cell research patient has a surprising encounter in bed 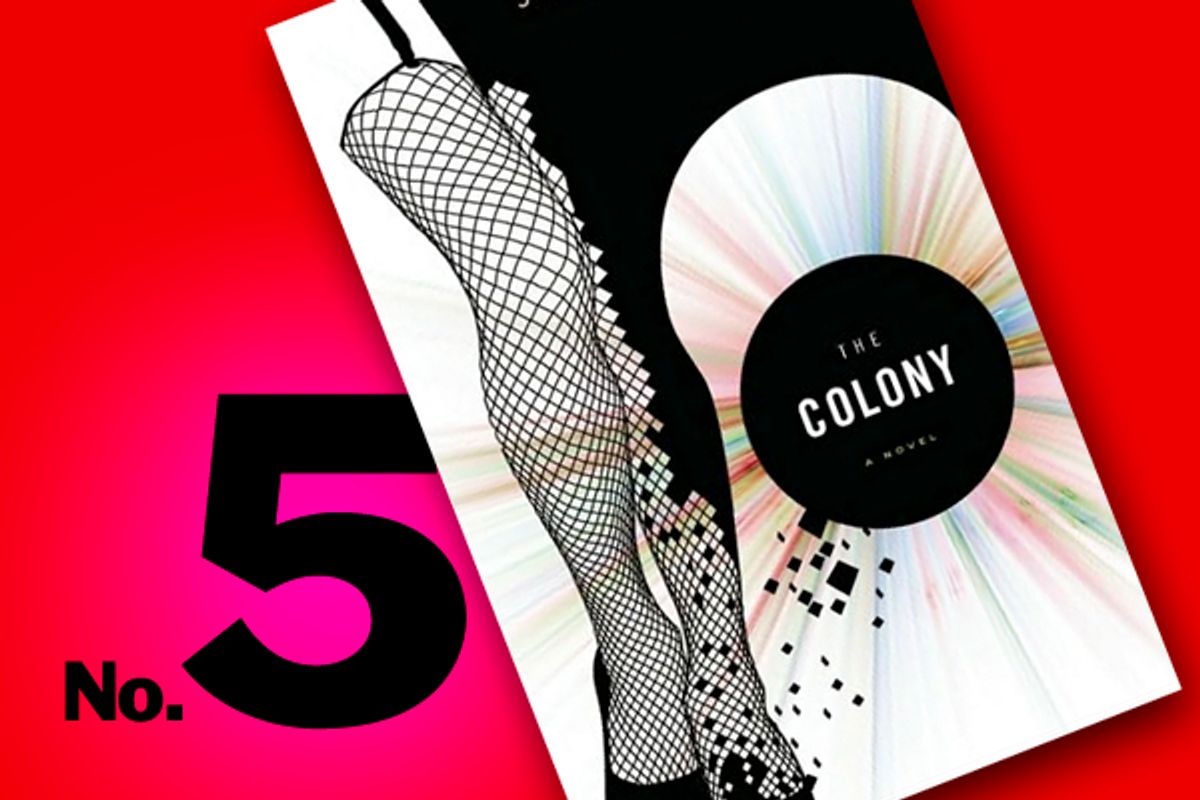 Nick expected me to fling open the door and receive him. And if I had? If Grayson hadn't come? Nick wasn't the type to sweep the floor.

I thought: Why are you sweeping the floor when I'm despicable? It's exactly like you've suspected. You have a reason to be self-righteous, entitled, disgusted with the world. The world is disgusting. What are you going to do? He searched through his duffel bag. Moved shirts around. Unpacked and packed. He wasn't going to do anything. I was disgusted with him, and I knew it was fucked up to be disgusted with him, since it was me who'd been caught, and I knew too that I should've told him. I didn't move an inch. I stood still. Grayson played music. It was soft, dark, piano. I decided the best move, the only move I had available to me, the only one I could think of, was letting the sheet drop and climbing onto the kitchen table.

We went to bed. I went first. I picked the sheet from the floor and tucked it into the bottom corners. Grayson puttered in the kitchen. I pulled a slip from under the bed and put it on. The piano slowed and the room was quiet. I spread the comforter over the sheet and arranged the pillows. I crawled into the bed.

"You forgot to plug in." He took the cord from the floor and connected it from leg to outlet. "What would you do without me to remind you?"

He climbed into bed. He waited until I was almost asleep. I was in that place, with my eyes rolled back, that liminal state, and wherever I was headed, the night had not happened. I was lying on my side, facing the wall, when I felt him on my back. I reached behind and felt for it. I had to find it through boxers and that wasn't right; Nick didn't wear boxers. Oh God, it wasn't Nick. I snatched my hand back. I opened my eyes and saw my hand beside the pillow, saw my ring finger, saw a million nights of Grayson asking permission. Why was he asking? Did I always have to invite him? What did it matter if I had two legs if I had to spend the rest of my life inviting him? I remembered the evening. I saw the evening before me, we had been asleep, Nick had woken us, Nick had stayed, and it was obvious. What else happened? Was Grayson mad? Nothing else. He played music. He was leaving in the morning.

I wondered how he'd do it, if there would be him coming, as he usually did, on my stomach. He was breathing unsteadily. I wanted him to take control. He might do it. He might can. He rolled onto his back. He wasn't going to do anything. He wasn't going to, after all, do anything. I thought, of course, how exactly like you you are, you don't do anything, who did I think you were? You're not the one who does things. I have to do things, suggest them, plead for them, all the words, all the positions, all the recommendations, I do them. You can't possibly take control. Is that it? You rolling on your back. Are we finished? You coward. "Honey," I said. I wasn't sure if he had fallen asleep.

I heard the sheets rustle. He was taking off his boxers. He put his hands on my shoulders. He dug his fingers into my shoulders and turned me on my back. I thought, Of course, yes, where have you been? I've been trying to tell you, it's good, we're good, we'll be fine, this is what I meant. I had no inclination to stop him or start him or help him or pretend. I said nothing. He hooked his thumb under the strap of my slip and pulled until it came unstitched. It made a noise. Then the other strap. He grabbed the slip at the neck and pulled it down. "Where have you been," I said. He put his hand over my mouth. He pressed his hand over my mouth while he did it. I felt the pillow under my head. I thought, you can you can. He took his hand off my mouth. His hands were on either side of me. Palms flat on the bed. I said nothing. I made none of my usual flourishes. It was the most there I had ever been for him. His right hand moved. Where was it going? There wasn't anything there to go to. I got up, propped my elbows on the pillow, to watch him. I saw his hand reach for it. Oh not that, I thought, not that, that's not even there, don't do that, it's not even there, it's not meant for anything, who is that, you can't, please, not that. "You're always into it," he said in between. "You're always -- always -- into it -- why aren't you -- aren't you -- why aren't you now?"

Credit: Copyright © 2010 by Jillian Weise from "The Colony." Used by permission of Counterpoint.

Jillian Weise is the author of the poetry collections "The Amputee's Guide to Sex" and "Translating the Body." "The Colony" is her first novel.