The notorious blogger brings her anti-Park51 campaign to CPAC, even as she denounces the conference for Muslim ties 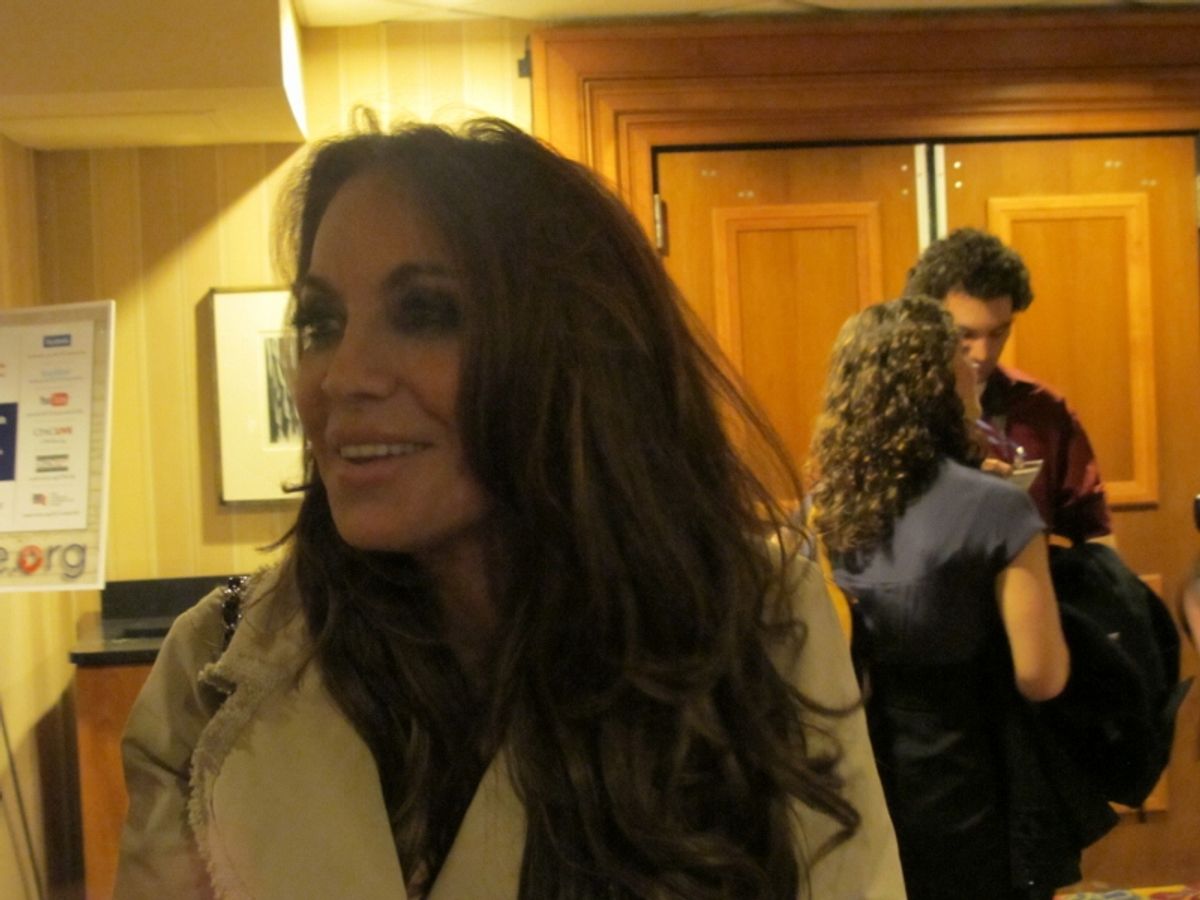 Late yesterday, blogger Pamela Geller, originator of the Park51/"ground zero mosque" controversy, held an unofficial panel at CPAC to preview her new movie, "The Ground Zero Mosque: The Second Wave of the 911 Attacks."

There have been tensions between Geller and the leadership of CPAC, particularly American Conservative Union board member Grover Norquist, the anti-tax activist. Norquist has been a target of Geller and her cohort for years because of his friendly ties to Muslim leaders. In my interview with Geller (watch below), she accuses Norquist of actually being a Muslim Brotherhood stooge.

In any case, Geller was still able to get access to a conference room at the hotel during CPAC, though it was not sanctioned by conference organizers and did not appear on the official schedule. Her event, which featured several 9/11 family members who are fiercely opposed to Park51, drew a couple hundred people; there were few empty seats. Each family member told their Sept. 11 story and then denounced the plans to build the Islamic center near ground zero. One woman said, "This is like spitting on the grave of my son." Another: "If we have to stand there and protect that building physically -- with Pam Geller first -- we will."

The American Muslims behind the mosque were routinely referred to as "terrorists" and Geller seemed to speak for most of the crowd when she said, "What is a moderate Muslim? A secular Muslim." The tone and popularity of the event contrasted with the argument by Suhail Khan, the Muslim Republican leader I interviewed Thursday, that the conservative movement is a welcoming, inclusive place.

I spoke to Geller after the event about the alleged radical infiltration of CPAC, the events in Egypt (she has been notably supportive of Hosni Mubarak in the past), and 2012 (she likes John Bolton). At Geller's insistence, one of the 9/11 family members who she brought to the event stood by her during the interview.