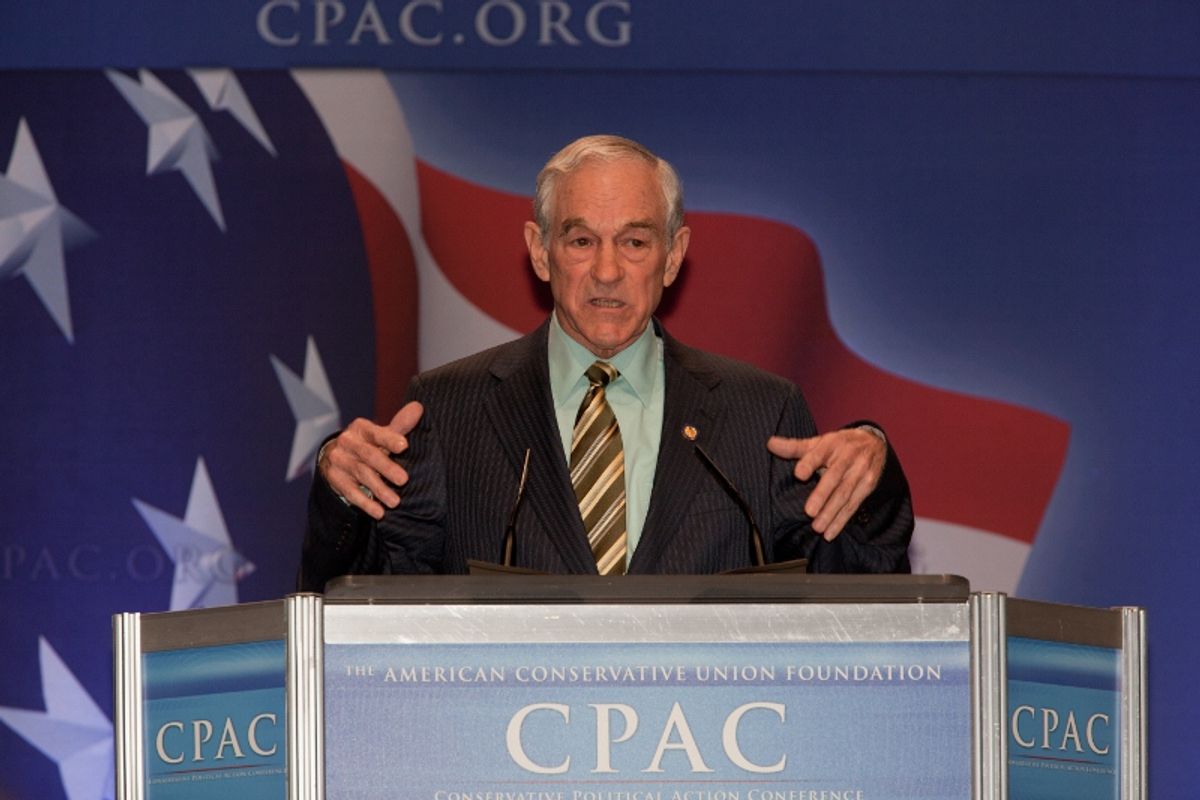 And the winner of the CPAC presidential straw poll is ... Ron Paul.

That marks the libertarian Texas congressman's second win in a row. Just as he did last year, Mitt Romney came in second, with 23 percent to Paul's 30 percent. This mirrors 2010's poll almost exactly, when Paul got 31 percent and Romney 22 percent.

When the results were officially announced, CPAC's main hall erupted in cheers and boos, with Paul supporters trying to out-shout the disappointed majority.

Paul's support can at least partly be ascribed to friendly groups buying CPAC tickets en masse for Paul fans, who also made their presence known this year by heckling Dick Cheney.

Here's my interview with a young Ron Paul supporter on Thursday: