"The Rise and Fall of the Bible": Rethinking the Good Book 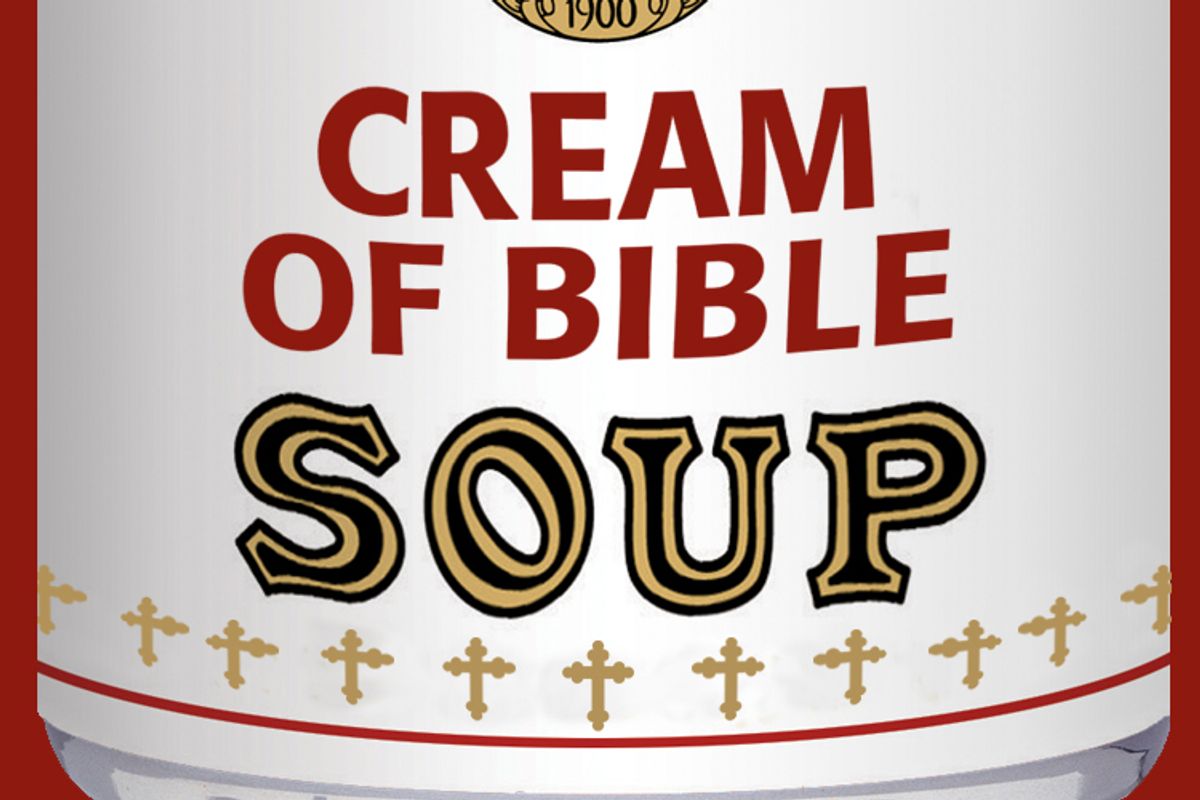 Recently I found myself explaining to a group of surprised friends from Protestant and secular backgrounds that, despite being educated in the Catholic faith up to the sacrament of confirmation at age 14, I didn't read the Old Testament until I was assigned it in a college literature course. Traditionally, the Catholic Church did not encourage its congregation to read the Bible; we had the priests to explain it to us. In fact, the church once took such a dim view of the idea that, in 1536, the English reformer William Tyndale was tried for heresy, strangled and burned at the stake, largely for translating the Bible into English for a lay readership. Tyndale House, a major American Christian publisher, is named after him.

Though I'm no longer a believer, and in principle I support the notion of adherents to a religion familiarizing themselves with its scriptures, it sometimes seems like the old Vatican had a point. In his new book, "The Rise and Fall of the Bible: The Unexpected History of an Accidental Book," religion professor Timothy Beal describes all the angst and doubt that Bible reading provoked in him during his youth, as well as the frustration many American Christians experience as a result of their own encounters with the book. This doesn't prevent them from buying truckloads of the things -- Beal notes that "the average Christian household owns nine Bibles and purchases at least one new Bible every year" -- but actually reading them is another matter. Beal believes that's because today's Christians are seeking a certainty in their holy book that simply isn't there, and shouldn't be.

"The Rise and Fall of the Bible" is a succinct, clear and fascinating look at two phenomena: what Beal calls "biblical consumerism" -- in which buying Bibles and Bible-related publications and products substitutes for more meaningful encounters with the foundational text of Western Civilization -- and the history of how the book came to be assembled. The latter story, albeit in a severely mangled form, came as a revelation to many readers of Dan Brown's bestselling novel "The Da Vinci Code." Beal, who teaches an introductory course in biblical literature at Case Western Reserve University, estimates that more than half of the students who come to his classes know more about the Bible from Brown's conspiracy-crazed potboiler than from "actual biblical texts."

For anyone with more than a passing familiarity with biblical history, however, the historical portions of "The Rise and Fall of the Bible" will be old news. The thing is, many Americans -- especially those raised in the less reflective Christian denominations -- know nothing about how the Bible was compiled. That's why so many of them were amazed to learn from "The Da Vinci Code" that the Old and New Testaments are assemblages of texts written at different times by different authors, most of whom were not eyewitnesses to the events they describe. In Brown's crackpot version, the Emperor Constantine gets cast as the arch-villain, ordaining that conservative texts be officially canonized, while more politically radical (and less misogynistic) works got kicked out of the scripture clubhouse. The real story is even more unstable than Brown's inaccurate potted version, with dozens of official and semiofficial variations (including or excluding certain marginal books) produced in the centuries after the death of Jesus.

The bestselling New Testament scholar Bart Ehrman, who, like Beal, was raised in a conservative evangelical family, has written in greater depth on early Christian texts; that isn't really Beal's purpose. Ehrman became an agnostic, but Beal is still a Christian, and with "The Rise and Fall of the Bible," he wants to argue against the common perception of the Bible as God's infallible handbook on how to live, "totally accurate in all of its teachings" -- a view, incidentally, that nearly half of all Americans (and 88 percent of "born again" Christians) claim to believe. Beal is the sort of Christian who doesn't want to raise his son to "think that creationism is a viable alternative to evolutionary biology or that homosexuality is sinful," but he is as skeptical of liberal attempts to simplify the Bible as he is of the more predominant right-wing reductionism. He would rather see his co-religionists embrace the fact that the Bible is full of contradictions and inconsistencies and come to regard it not as "the book of answers, but as a library of questions," many of which can never be conclusively resolved.

Some of the most interesting chapters in "The Rise and Fall of the Bible" explore the world of Bibles created for specific subcultures and needs: the manly Metal Bible and Duct Tape Bible, kicky handbag/Bible combos and special editions geared toward teenagers, African-American women and so on. These can contain as much as 50 percent "supplemental" material, "explaining" the scripture according to the taste of the intended audience. Then there are Biblezines, publications in which articles about how to grill steaks or talk to girls (in the case of a Biblezine for boys) share the page with biblical quotations. Well-meaning older relatives give this material to young Christians, hoping it will make the Bible itself seem more "readable." Beal thinks the kids just wind up reading the articles and skipping the quotations. He compares Biblezines to the "sweeter and more colorful roll-ups, punches, sauces and squirtable foams that I buy for my kids' lunches" in lieu of the unprocessed fresh fruit they refuse to eat. At least you can tell yourself you're giving them fruit.

Even more insidious, in Beal's eyes, is the trend over the past couple of centuries away from word-for-word translations of the Bible and toward "functional equivalence" and "meaning driven" translations. These considerably fiddled-with versions iron out the wrinkles and perplexities in the ancient texts and nudge them closer toward the advice, directives and "values" so many people expect from their Bible. Beal argues that the Bible industry resorts to this sort of thing precisely because the Bible doesn't offer cut-and-dried guidance -- or Basic Instructions Before Leaving Earth, as one popular modern acronym would have it.

Much like the professor who assigned the Old Testament during my sophomore year of college, Beal would prefer that people read the Bible as if it were a work of art -- that is, as a text permitting multiple interpretations and as a spur to further thought and self-examination rather than as the last word on all of life's enigmas. Or, as he rather fetchingly puts it at one point: "This is poetry, not pool rules." His approach is, of course, more congenial to nonbelievers than the conviction that the Bible describes historical facts and constitutes the "inerrant" word of God. Still, even an optimistic secularist may find it difficult to credit Beal's prediction that his way of reading the Bible is just about to catch on, big time.

Beal thinks the current boom in biblical consumerism amounts to a "distress crop," the last great efflorescence of the old authoritative ideal before people move on and learn to embrace biblical ambiguity. I'm not so sure. Craving the certainty and absolutism of fundamentalism is a fairly common response (across many religious faiths) to the often terrifying flux of modern life. If certitude is the main thing American Christians are seeking when they turn to the Bible, then they're unlikely to tolerate, let alone embrace, Beal's "library of questions" model. You can learn a lot about how the Bible was created in the past 2,000 years, and about the many strange forms it has taken in the present, from "The Rise and Fall of the Bible." But where it's headed in the future is a mystery much harder to solve.

Books Our Picks Religion The Bible What To Read