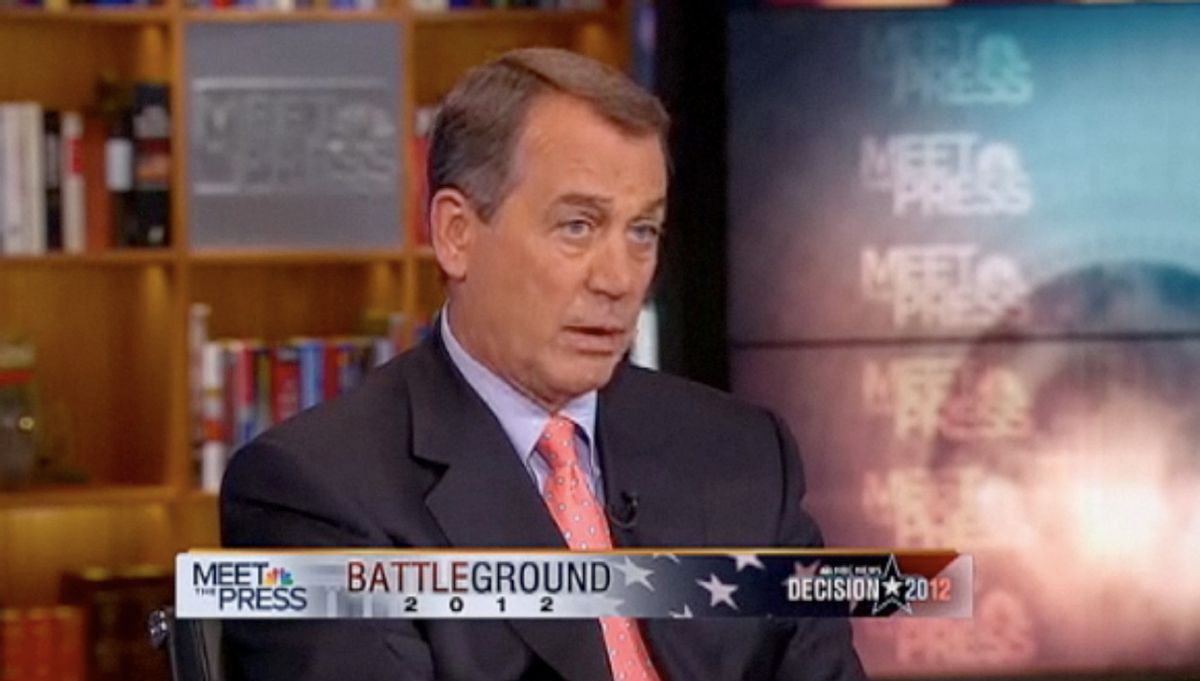 "CPAC," "deficit" and, most of all, "Egypt" were the buzzwords that dominated the political talk-shows this morning. Here are some of the highlights from this morning's broadcasts:

John Boehner on "Meet the Press"

The Republican House Speaker conceded that the White House has dealt with Egypt "as well as it could be handled." He also addressed the deficit and reports that he'd warned former Rep. Chris Lee -- the "Craigslist congressman" -- about his conduct before Lee's shirtless email was revealed last week:

David Brooks on "Meet the Press"

During the weekly roundtable segment, the New York Timed Op-Ed columnist offered a succinct assessment of the 2012 GOP presidential field:

There are a lot of people out there. I think there are really only a very few plausibles actually: Mitch Daniels, the governor of Indiana who gave quite a good speech this week at CPAC; Mitt Romney, of course; John Thune, a very normal guy, serious guy, smart guy, pretty good looking guy; and then Tim Pawlenty. And after that I think it’s all commentary.

John McCain on "Face the Nation"

Talking Egypt with CBS'  Bob Schieffer, McCain brought up the Obama administration's response to anti-government protests in Iran in 2009, claiming  the president didn't do nearly enough to encourage democratic change back then. McCain also suggested that the Egyptian uprising might prompt similar upheaval in Russia and China:

George Will on "This Week"

Appearing moments after Tim Pawlenty excoriated the Obama administration for not getting ahead of events in Egypt, Will offered a somewhat surprising defense of the White House, criticizing the "bifurcated mind" that conservative critics are displaying.