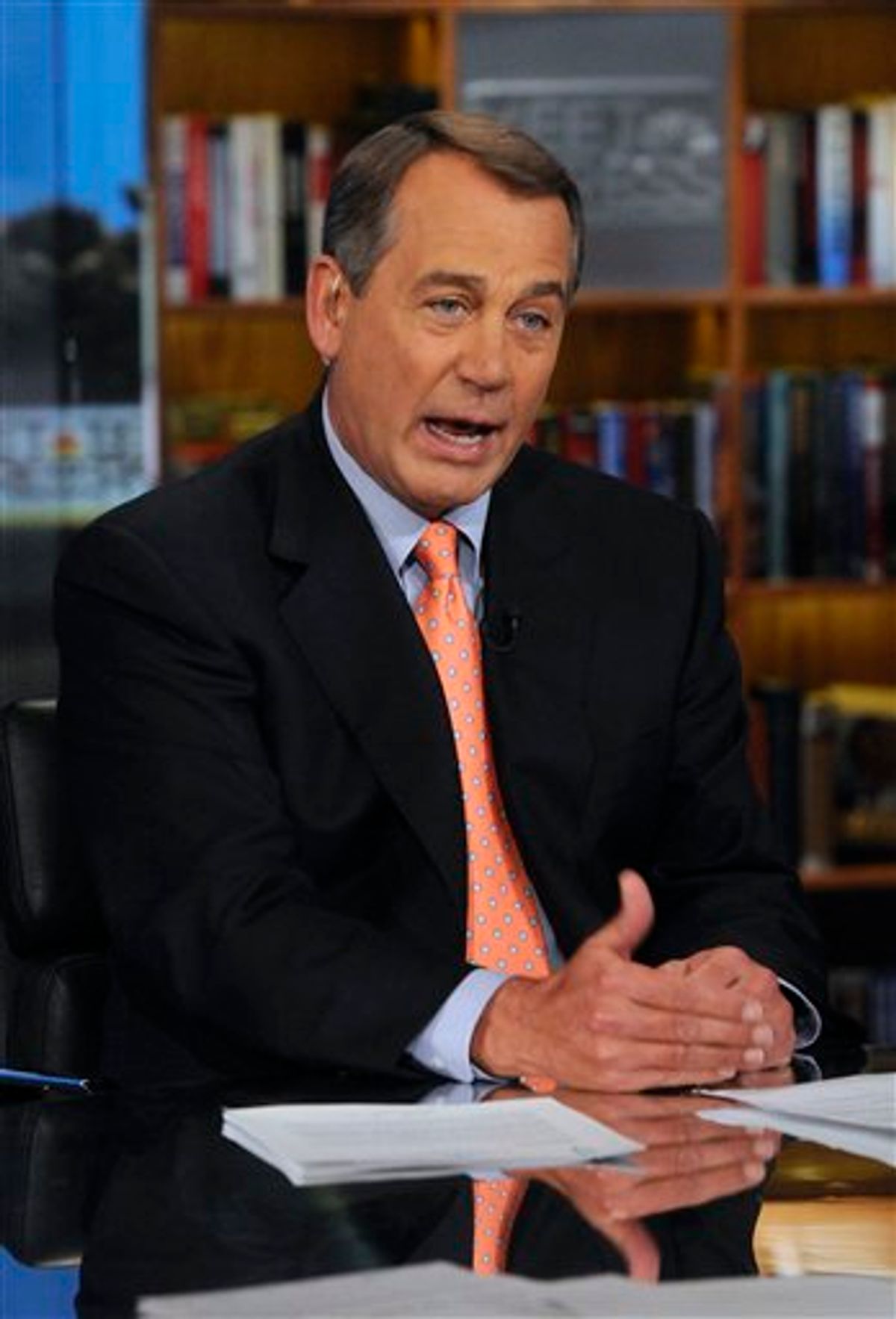 In this photo released by NBC House Speaker Rep. John Boehner, R-Ohio, speaks about the 2012 budget on NBC's "Meet the Press" in Washington Sunday, Feb. 13, 2011. Boehner said he wants President Barack Obama to support Republican efforts to make deep cuts in this year's budget as a down payment in the effort to attack soaring deficits. He sent a letter to the President saying the path to prosperity for the country means "liberating our economy from the shackles of out-of-control government spending and big government." (AP Photo/NBC, William B. Plowman) NO ARCHIVES. NO SALES. (AP)
--

MR. GREGORY: As the speaker of the House, as a leader, do you not think it's your responsibility to stand up to that kind of ignorance?

SPEAKER BOEHNER: David, it's not my job to tell the American people what to think. Our job in Washington is to listen to the American people. Having said that, the state of Hawaii has said that he was born there. That's good enough for me. The president says he's a Christian. I accept him at his word.

"I believe the president is a citizen," Boehner said. But he won't go around trying to convince anyone else of that fact: "Listen, the American people have the right to think what they want to think. I can't -- it's not my job to tell them."

He's right! The American people have the right to think what they want to think. They are free to think that John Boehner is less a sentient human than a sort of orange conduit through which lobbyist money flows.

Of course, John Boehner, as a prominent national politician, devotes the majority of his public appearances to telling the American people what he would like them to think, because that's how politicians convince people to vote for them -- like, he tells everyone to think that Republicans are better than Democrats -- but I guess he suddenly realized the futility of the whole enterprise and he'll never do that again. He has too much respect for the American people to tell them what they should think about the president's budget, or the healthcare reform law. From now on, John Boehner will just keep his opinions to himself.

"Serious" Republicans don't want to be held responsible for birtherism but they refuse to do anything to combat it. The speaker of the House refuses to definitively call the president an American because he resents having some liberal ask him about it. But a lot of Republican voters and Fox viewers basically take it for granted that the president was secretly born in Kenya, because all the elites they actually listen to just wink and evade the question when they're asked.