Like the steak? Take home a bag made from the same cow

Brooklyn restaurant offers leather goods made from the same animals as their food goods. How sustainable! 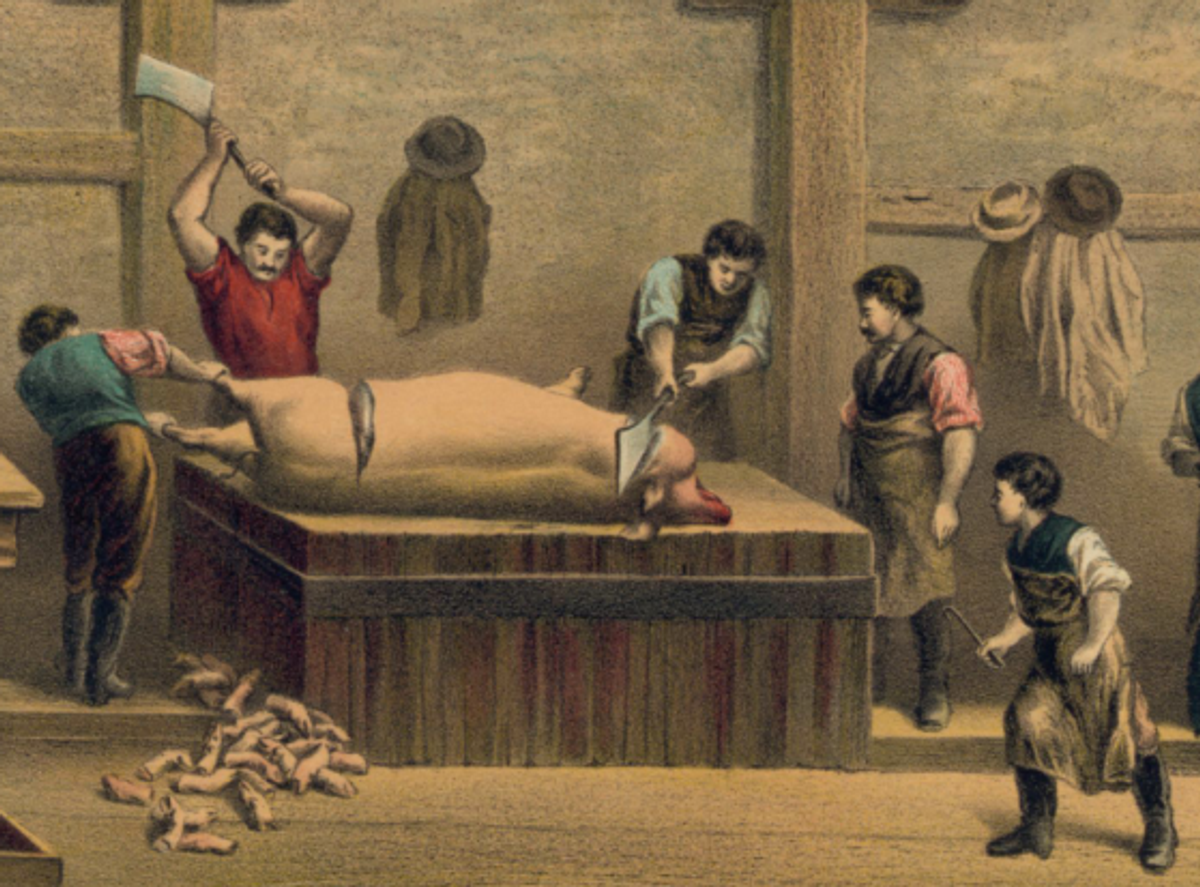 A depiction of pork butchering in Cincinnati from an 1873 print.
--

Tucked under the Williamsburg Bridge and flanked by an ultra Orthodox Jewish neighborhood to the south and a skinny-jeaned hipster kingdom to the north, Marlow and Daughters is well accustomed to flirting on the line of traditional and experimental in Brooklyn. The butcher shop and grocery makes up one third of a mini-local food empire that's become a neighborhood staple. Now things are getting super local and hands on as more parts of the cows slaughtered are being used in all of the sister businesses. The grocery store, Marlow and Daughters, butchers the cows. The flagship restaurant, Diner, takes the beef and makes steaks. The quirkier general store, Marlow and Sons, takes the leather and makes hand bags and old-timey footballs for the kids.

Farmhouse chic is kind of the rage in Brooklyn these days, so doing things the 19th-century way must appeal to locals. For a neighborhood once known for artists and squatters, this could usher in a whole new era of urban farmers and strollers. Maybe raising chickens could be Williamsburg's latest do-it-yourself-but-in-a-yuppie-way fad. Oh wait, that happened two years ago.