Can "Glee" be saved?

The hit show's second season has been a chaotic, illogical, embarrassing mess. It's time for an intervention 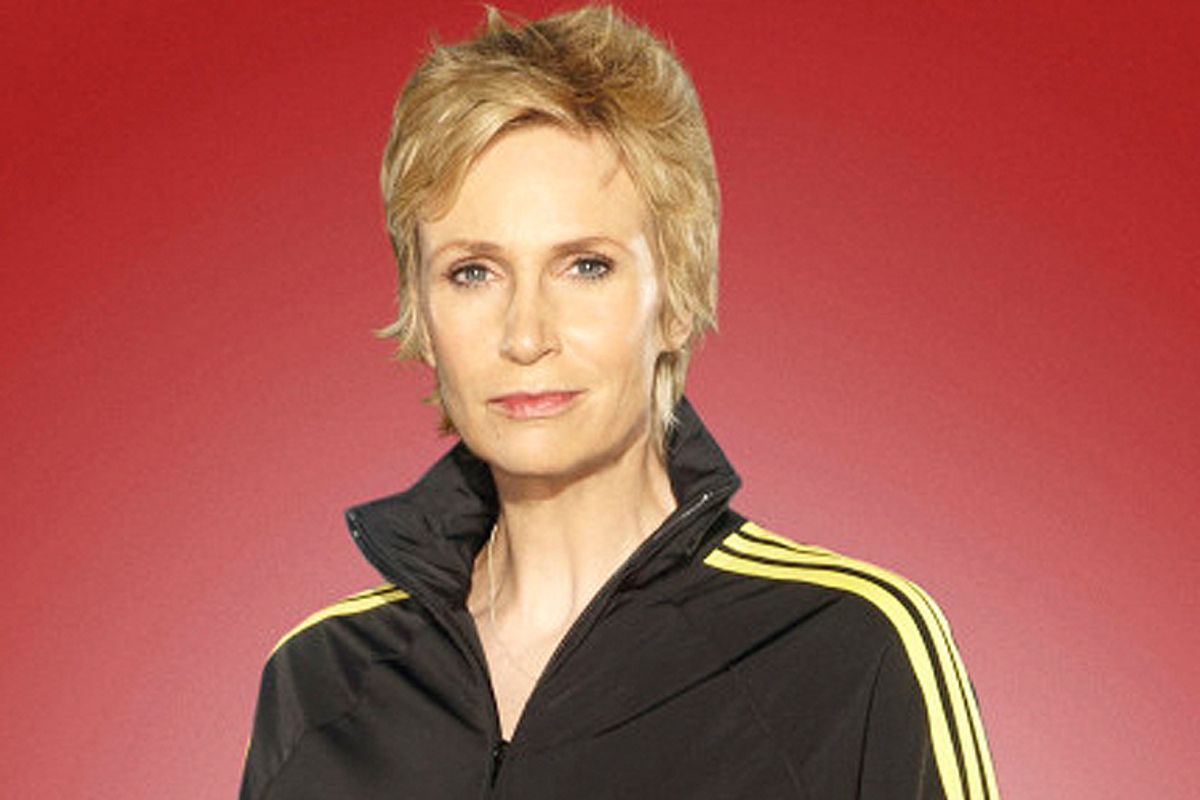 I'm not sure where to begin complaining about "Glee." It's not as though the show started out one way, then suddenly became unrecognizable. Its worst and best episodes are built from the same core elements: bitchy insults; sentimentality; preachiness; visual and verbal non sequiturs; soapy subplots; overwrought (and often overedited and vocally overprocessed) musical numbers. Each week, the producers of "Glee" -- creators Ryan Murphy, Brad Falchuk and Ian Brennan, who also write the scripts -- mingle the sublime and the trashy, the fresh and the hackneyed so intuitively that when you step back and look at the totality of their output, you have a hard time determining why certain things work and others don't. Is it just a matter of timing? Concentration? Nerve? Sheer dumb luck? With a series as alchemical as this one, who can say for sure?

On top of that, an everything-plus-the-kitchen-sink approach has been the show's M.O. from week one. That makes it hard to point to certain scenes or subplots, much less whole episodes, and say, "Here, without a doubt, is where things started to go south." "Glee" has too many blind-alley subplots this season, you say? Well, Season 1 had them, too. The most annoying was probably the one about Terry Schuester (Jessalyn Gilsig), the wife of vocal coach Will Schuester (Matthew Morrison), faking a pregnancy and trying to convince Quinn (Dianna Agron) to set up a secret adoption. It was a bad idea from the get-go -- a sub-sitcom indulgence that made Terry seem deranged and Will pathetically gullible. But the producers were invested in it, so viewers had to grin and bear it for 11 episodes.

There was more nonsense where that came from. Pointless pop-star-flattering musical numbers? Half-baked cameos by theater, film, TV and music stars? Inconsistent characterizations? Check, check, check -- in both seasons.

So why does the series seem like such a basket case this year?

Problem No. 1 is that there's too much sizzle this season, not enough steak. You can say that about almost any Season 2 episode, but it's especially true of the so-called tribute episodes, which feel less like continuations of the show's ongoing story than glorified interruptions. I understand why Murphy and Fox are in love with the idea of "tribute" episodes (they generate buzz and sell MP3s). The show's first such effort, the Season 1 Madonna tribute, was fun, not too disruptive of the show's ongoing narrative, and had great images and moments. But this year's tributes have been bad ideas. "Britney/Brittany" was a tribute to a pop star whose legendary status is, to put it politely, a matter of debate, and the episode didn't start to cohere until its (fitfully astonishing) second half. And the "Rocky Horror" tribute was a disaster. The concept seemed tailor-made for "Glee" -- at least I thought so! -- but the execution lacked vision and guts. A big part of what made the original "Rocky Horror" exciting was that it seemed blissfully unconcerned with what anybody thought of it. But the "Glee" episode itself was neutered by network content restrictions and the producers' skittishness, even more severely than Will's proposed high school version, was neutered by Sue Sylvester's prudishness. (Plus, Kurt should have played Dr. Frank N. Furter -- you know he would have killed! -- and Meatloaf, who had a one-scene, non-singing cameo in the episode, should have sung Meatloaf's songs, not John Stamos.)

I consider the Gwyneth Paltrow episode a tribute episode, too, even though it wasn't packaged that way -- a tribute to Paltrow, and to sweeps-month movie star stunt-casting. What was the gleekosphere's takeaway from that hour? "Hey, Gwyneth can sing! And who'd have thought  she'd turn a Cee Lo cover -- with Fox-friendly lyrics! -- into one of the year's most exciting TV moments?" I'm happy she pulled it off, I liked her la-di-da rebelliousness, and I admit there were moments where I thought the producers might as well drop a grand piano on Will Schuester and hire Paltrow as his replacement -- not because Matthew Morrison is an incompetent or unlikable performer, but because the "Glee" writers have folded, spindled and mutilated Will so badly that they might as well cut their losses and start over with a fresh face.  All things considered, though, "Glee" would have been better off spending the Paltrow hour -- and the hours they dedicated to Britney Spears and "Rocky Horror" -- focusing on the school and the glee club, and on Finn and Rachel and Kurt and the other students (Hey, Mercedes! Remember her?), and on poor Will, who has become a blob of silly putty with a name.

The show's much-vaunted inventiveness is starting to seem detrimental, too, because it's concentrated in the margins. I'm in favor of the series embracing its latent surrealist streak -- an inclination that links "Glee" with "The Singing Detective" and "Twin Peaks" -- but only if it has the chops to pull it off. Unfortunately, except for "Grilled Cheesus" -- an episode built around an earnest, Afterschool Special-style contemplation of faith that improbably turned out to be one of the series' boldest, silliest, maybe finest hours -- I have yet to see evidence that "Glee" can sustain that level of deranged genius for more than a few minutes at a time. If, in fact, it can't sustain it -- if, as I wrote elsewhere, Ryan Murphy and company can't really and truly bring the crazy -- the series should keep that impulse tamped down and indulge it selectively. As is, the insanity is just too pervasive and indiscriminate. Not everyone can be David Lynch.

The show's fixation on Sue Sylvester is a manifestation of that "When in doubt, go weird" ethos. Sue is hilarious in small doses and her monologues are magnificent. But the more strenuously the writers foreground Sue, the less exciting and credible she becomes. The Season 2 subplot that found Sue taking over the school was silly and excessive even by "Glee" standards, and poorly thought out. The episode a couple of weeks ago where Sue became obsessed with blasting one of her Cheerios out of a giant cannon was another example of ill-advised too-muchness. The subplot wasted nearly a third of an episode on pointless and increasingly unfunny slapstick. The plan seemed reckless even by Sue's standards. The Cheerios who entertained the possibility of taking part in it seemed even more brainless than usual. (Do they lack even the most basic mammalian self-preservation instinct?)

I hope "Glee" won't ever again try to resolve a troublesome plot by creating a second, shadow "Glee" within the original -- which is what happened this year when Kurt Hummel (Chris Colfer) escaped bullying by a closeted football thug and an all-around climate of homophobia at William McKinley High by transferring to queer-friendly, all-male prep school that fans have dubbed 'Gay Hogwarts.' The problem isn't that the school is a ridiculous fantasy (much of "Glee" fits that description), but that it removes Kurt from the thick of the show's action, creating a show-within-a-show that's dull compared to the original. Kurt's mooning over Blaine (Darren Criss) has proved as much an emotional dead-end as his prior infatuation with his future stepbrother Finn (Cory Montieth) -- and dramatically inert as well. That "Yay, he's in love with me ... Oh, wait a second, he's talking about somebody else!" bit wasn't just played-out; it made Kurt seem as though he'd learned nothing from the Finn misadventure. And it made Blaine, a character previously established as kind, sensitive and classy, seem like a raging narcissist and a Brittany Pierce-level dummy. (It never occurred to Blaine to make sure the object of his affection was out of the closet at work before barging in there and serenading him?)  The Gay Hogwarts stuff has been an unnecessary and mostly unenlightening detour. Every second spent at at that prep school is a second that could be spent back at McKinley confronting the ugliness that drove Kurt away -- and putting Kurt on the front line of that confrontation. (Plus, McKinley's a big public school. There must be at least one other halfway-appealing gay boy enrolled there, right? Why subcontract that part of Kurt's evolution to the private sector? Especially when it's all just a tease?)

"Glee" is still a brilliant series -- or at least a series with the potential to be brilliant -- and I continue to admire its goofball inventiveness. Its lamest hour is more imaginative than the greatest hours of more conventional shows.  It's not as though you can watch a "Glee" episode in which football players and cheerleaders boogie on a gridiron while dressed like "Thriller" zombies and a cheerleading coach fires a mannequin out of a gigantic cannon and think, "Oh, come on -- not that again."

But to be great long-term, a series also has to have a centered quality, a sense of proportion, and an ability to buckle down and focus on the basics: characterization, plot, theme. Where are we? What's happening, what does it mean, and by the standards of this fictional universe, is it credible? Are the characters behaving consistently given what we know about them, or are they doing and saying whatever the plot requires them to say and do at any given moment? (See Puckerman, Noah, and Zizes, Lauren, and "Girls, Fat Bottomed." I can buy that the skinny chick-chasing Puck might develop a thing for the plus-size Lauren, but I don't believe he'd pursue her quite so openly, or that Lauren would respond to him in such a controlled, even world-weary manner.)  Does this series know what it's doing from week to week, and minute to minute? Or is it just dancing as fast as it can?

I hope "Glee" gets a grip on itself and returns to some semblance of consistency and sense. Right now it's the network TV show as brilliant cokehead pal -- lively, charming and funny, but also manic, scattered and inept; the sort of friend who would show up during the last 10 minutes of your birthday party looking like he just rolled out of a dumpster, and regift you a present you gave him last year -- with the shrink-wrap still on it.  You look at a friend like that and think, Deep down, he's still the same person he always was -- and even at his worst, he has his moments. But you also wonder if those moments are worth the trouble.