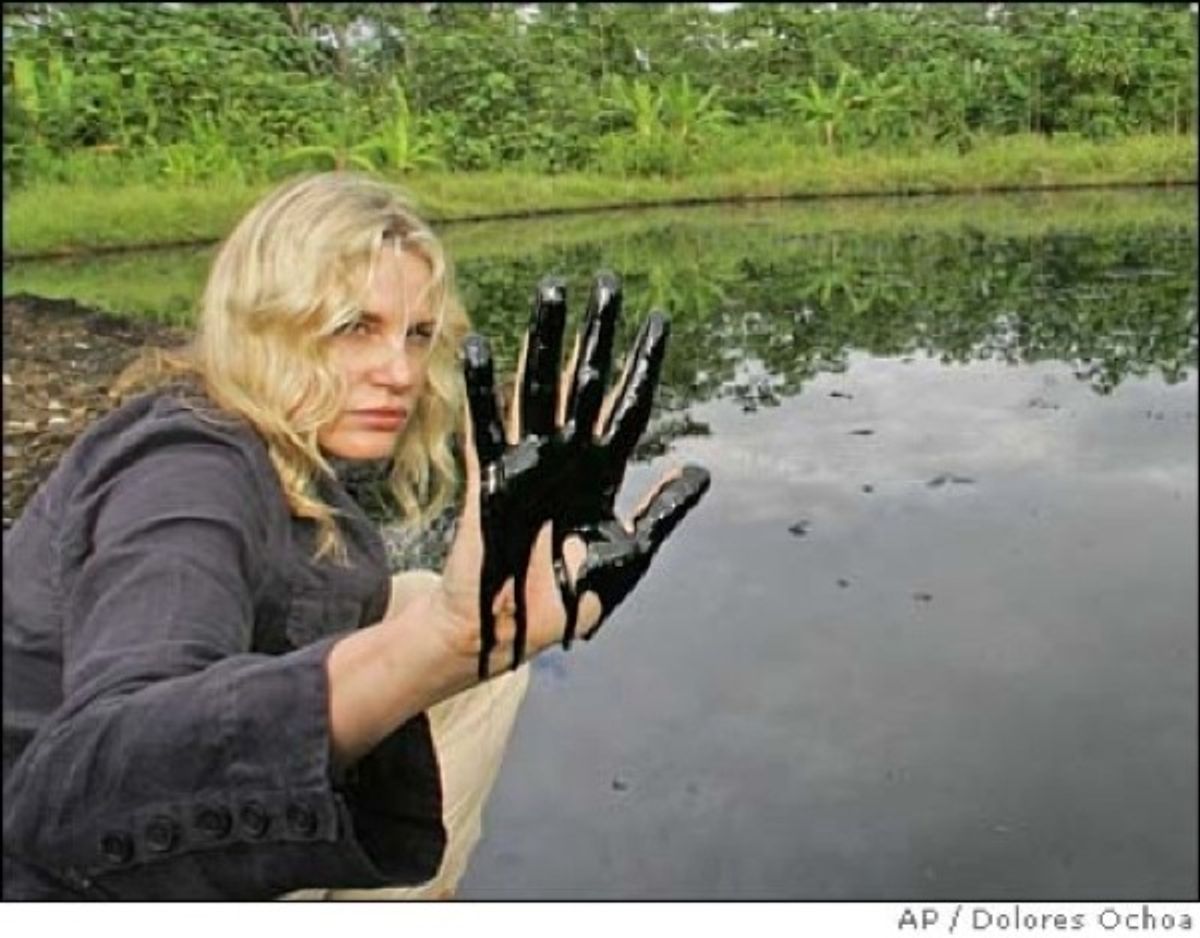 An Ecuadorean judge ruled Monday that Chevron Corp. was responsible for oil contamination in a wide swath of Ecuador's northern jungle. The plaintiffs' attorney says the company was fined $8 billion.

Chevron confirmed the ruling but not the amount of the fine. The company said in a news release that it would appeal, and called the judge's decision "illegitimate and unenforceable."

The high-profile case, fraught with intrigue, corporate espionage and geopolitics, had been winding its way through U.S. and Ecuadorean courts for 17 years.

Chevron invested tens of millions of dollars in its legal defense, seeking relief in a half-dozen U.S. federal courts and requesting binding arbitration in an international tribunal in the Netherlands.

Just last week, a U.S. federal judge in New York took the unusual step of pre-emptively blocking any judgment for at least 28 days after concluding that attempts to collect assets could seriously disrupt the business of a company vital to the global economy. He took the action at the request of Chevron's lawyers.

The plaintiffs' lead lawyer, Pablo Fajardo, called the 187-page judgment "a great step that we have made toward the crystalization of justice" but "we are not completely satisfied" with the amount of the fine. He told The Associated Press that the plaintiffs would probably appeal.

The ruling was issued by Judge Nicolas Zambrano from a ramshackle courthouse in the provincial city of Lago Agrio. It specifies damages for "the cleanup of soil, subterranean water, health, indigenous communities," Fajardo said.

The suit was originally filed in a New York federal court in 1993 against Texaco and was refiled in Ecuador after Chevron bought the company in 2001. It sought damages on behalf of 30,000 people, including indigenous groups, for environmental contamination and illnesses that allegedly resulted from Texaco's operation of an oil consortium from 1972 to 1990.

Chevron has long contended that the court-appointed expert in the case was unduly influenced by the plaintiffs. In its statement Monday, it called Zambrano's ruling "the product of fraud (and) contrary to the legitimate scientific evidence."

Chevron spokesman Kent Robertson said that Chevron had presented evidence in various U.S. courts showing that the plaintiffs' attorneys and consultants had ghostwritten the court-appointed expert's report that recommended $27.3 billion in damages.

"The legitimate scientific evidence provided to the court, as well as scientific analysis performed by the government of Ecuador, proves Texaco's cleanup worked," he contended Monday, referring to a $40 million 1990s remediation effort by Texaco.

Chevron disputes the findings of the expert, geological engineer Richard Cabrera, who concluded that Texaco left a mess when it departed in the early 1990s.

The news hit during trading hours, and Chevron's stock was up $1.26 to $96.99, although the increase could have been more attributable to rising prices Monday of Brent crude oil.