The world's most populous nation is now its second richest, in absolute terms 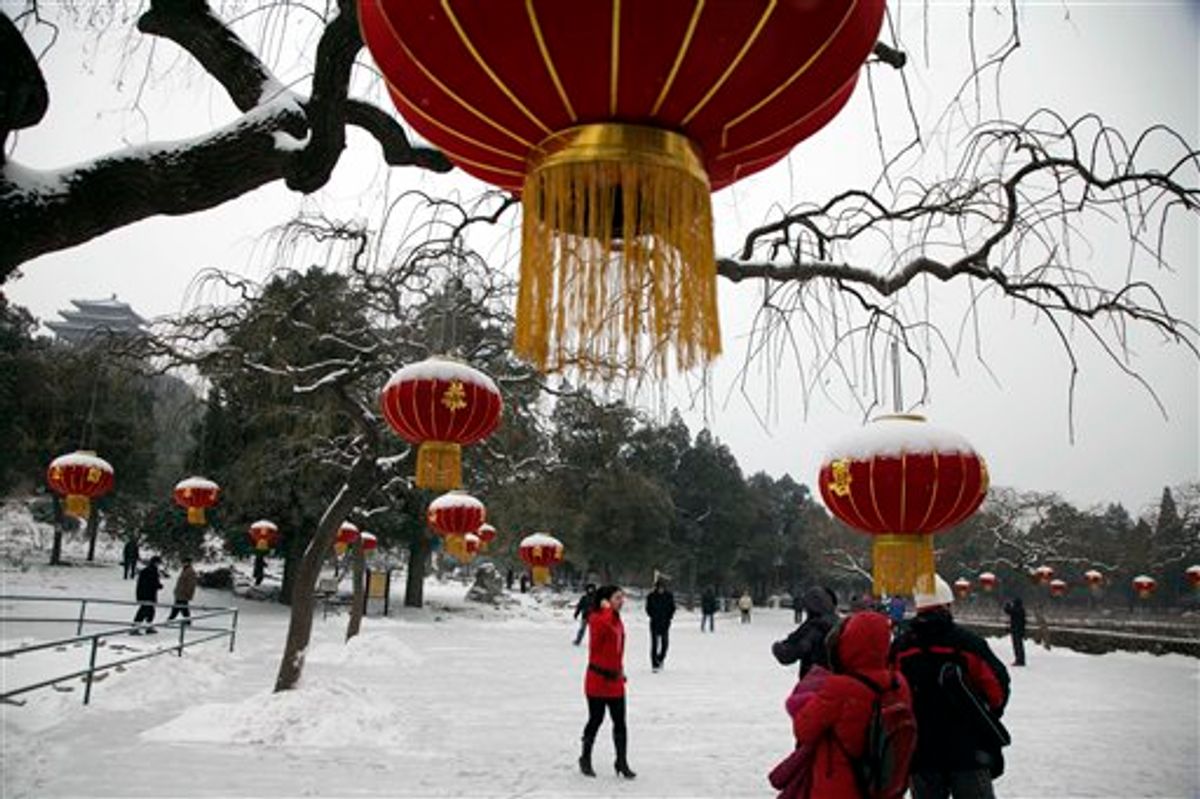 Visitors enjoy the snow scene in a park in Beijing, China, Thursday, Feb. 10, 2011. The Chinese capital enjoyed its first snow of the winter after the longest period without snow in 60 years. (AP Photo/Ng Han Guan) (AP)
--

China is giving Americans yet another reason to fret over the nearly trillion dollars of U.S. debt it holds. The country leapfrogged Japan to claim become the world's second largest economy.

China's rapid growth over the past 30 years has pulled hundreds of millions of Chinese out of poverty and turned the world's most populous country into the world's factory floor.

China now holds the dubious distinction of being both the world's second largest economy and one of its poorest. The average Chinese person makes just $4,300 per year, about 10 percent that of Japan and even less compared to the U.S.