The night's most stylish, most hideous and most outrageous fashion -- and what Twitter is saying about it 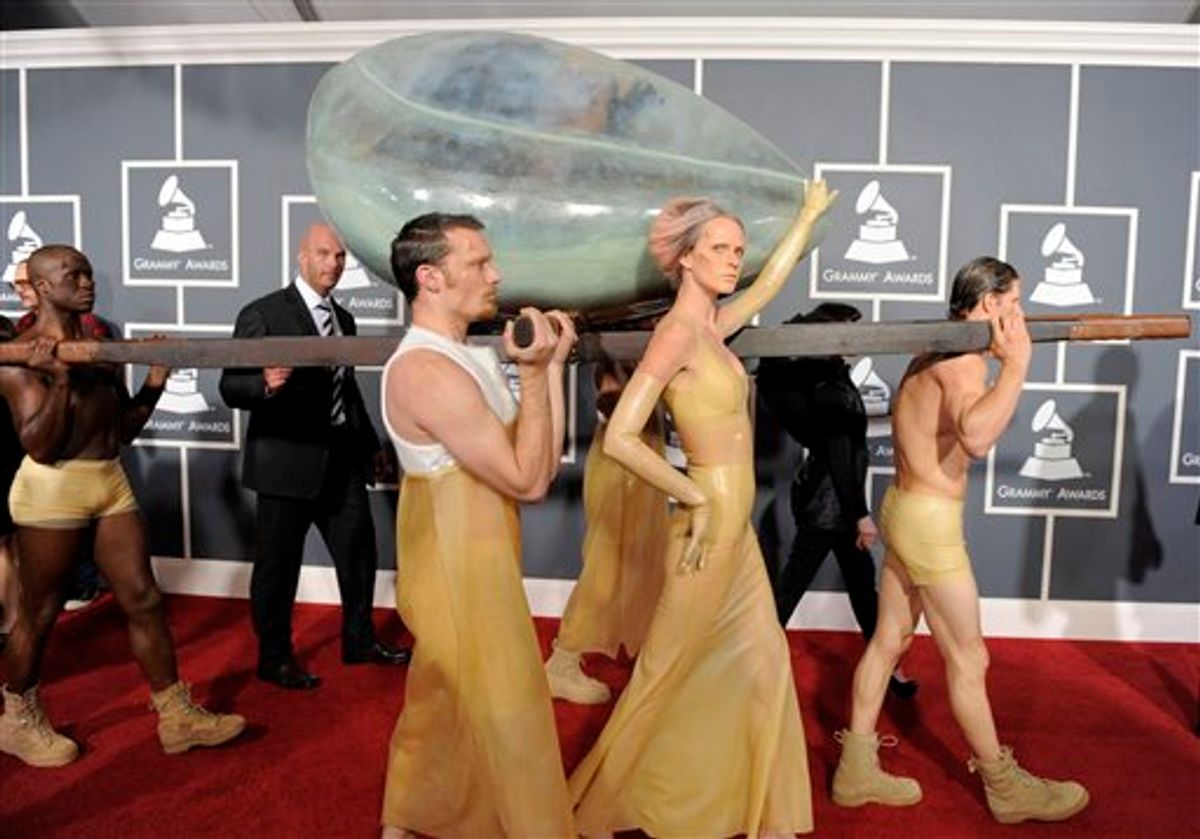 Every year, the Grammys recognize the year's best music and showcase some truly remarkable fashion. Some of it is stylish and smart, much of it is baffling -- all of it is fodder for Internet chatter. We're collecting the most noteworthy red carpet moments from the Grammys, and telling you what's being dissected on Twitter. @Lord_Voldemort7: Lady Gaga has arrived to the Grammys hidden inside a cocoon. Listen Gaga, being "reborn" is my thing. Step the hell back. @IsoulHarris:Why does Miranda Lambert look like a coal miner's daughter going to prom in a Rave dress? @Oonamusic: Mumford & Sons look like a really nice group of young men who got high in the limo @ShastaVCZ: Love everything about Monica's dress except the linebacker shoulder pads. @RobbieGould09:Can someone explain how snooki gets the invite to the grammy's @holliesmithWell seeing Florence wasn't adhering to the memo about the black dress code, she had to standout somehow. #Florencehating @caitlinmoran:"Katy Perry's coming up next." Yeah, wearing a dress and walking, with her legs. Whatevah. It's a post-Gaga's Egg world now, baby. @WONDERFULCECE: I rolls with Ciara but that dress gave me Wonder Woman @PATisDoPE: janelle monae only got one outfit, and two pair of tap shoes .. @greatistheworld: Justin Bieber is not a musician. He's a product. He is why I have to defend my love of capitalism.