Is Iran next? Thousands descend upon Tehran in protest 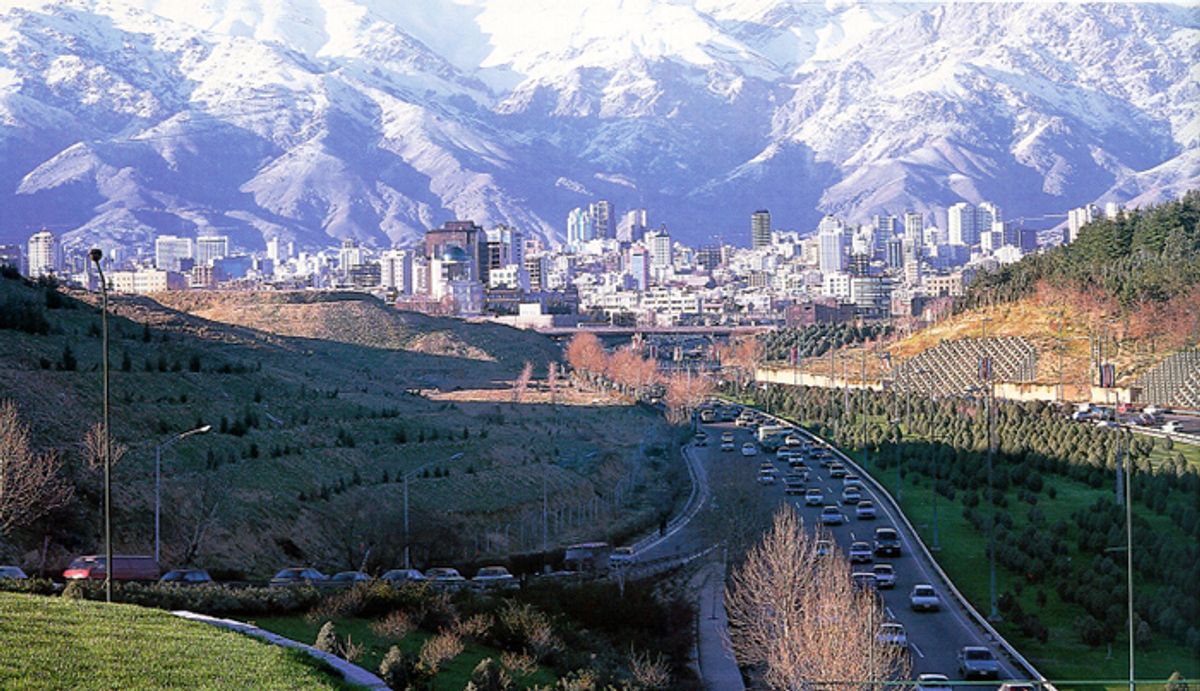 A depiction of the road to Tehran
--

The opposition called for a demonstration Monday in solidarity with Egypt's popular revolt that a few days earlier forced the president there to resign after nearly 30 years in office. The rally is the first major show of strength for Iran's cowed opposition in more than a year.

Police used tear gas against the protesters in central Tehran's Enghelab, or Revolution, square and in Imam Hossein square, as well as in other nearby main streets. Demonstrators responded by setting garbage cans on fire to protect themselves from the stinging white clouds.

"We support you Mousavi," some of the demonstrators chanted, referring to a prominent opposition leader. "An Iranian dies but doesn't accept humiliation" and "Death to the dictator," they said, referring to hardline President Mahmoud Ahmadinejad.

Security forces on motorcycles could also be seen chasing protesters through the streets, according to eyewitnesses.

Foreign media are banned from covering street protests in Iran.

Following the announcements by the opposition that they would attempt to hold a new rally in soldarity with the Egypt uprising, Iran's security forces cut phone lines and blockaded the home of an opposition leader in attempts to stop him attending the planned rally.

Police and militiamen poured onto the streets of Tehran to challenge the marches, which officials worry could turn into demonstrations against Iran's ruling system.

The security clampdown is reminiscent of the backlash that crushed a wave of massive protests after Ahmadinejad's disputed re-election in June 2009. But opposition supporters revived a tactic from the unrest, shouting "Allahu Akbar," or God is Great, from rooftops and balconies into the early hours Monday in a sign of defiance toward Iran's leadership.

The reformist website kaleme.com said police stationed several cars in front of the home of Mir Hossein Mousavi ahead of the demonstration called for Monday in central Tehran.

Mousavi and fellow opposition leader Mahdi Karroubi have been under house arrest since last week after they asked the government for permission to hold a rally on Feb. 14 in support of the uprisings in Egypt and Tunisia.

On Sunday, the opposition renewed its call to supporters to rally, and accused the government of hypocrisy by voicing support for the Egyptian and Tunisian uprisings while refusing to allow Iranian political activists to stage a peaceful demonstration.

"These elements are fully aware of the illegality of their demand and know that they won't get permission for revolt," Interior Ministry official Mahdi Alikhani was quoted by the official IRNA news agency as saying late Sunday.

Esmaeil Gerami Moghaddam, spokesman for Karroubi's National Confidence Party, countered on the party's website that under Iran's constitution there is no need for government permission to hold a peaceful rally.

Across central Tehran, riot police, many on motorbikes, fanned out to prevent any demonstration, witnesses said, speaking on condition of anonymity because of fears of reprisals from authorities.

The uprising in Egypt opened a rare chance for the political gambit by Iran's opposition.

Ahmadinejad claimed the Egyptians who toppled President Hosni Mubarak took inspiration from Iran's 1979 Islamic Revolution, which brought down a Western-backed monarchy. Iran's opposition movement used the comments to push the government into a corner and request permission to march in support of Egypt's protesters.

Iranian officials quickly backpedaled and said no pro-Egypt rallies were allowed -- bringing sharp criticism from the White House and others.

On Thursday, White House national security spokesman Tommy Vietor said: "For all of its empty talk about Egypt, the government of Iran should allow the Iranian people the same universal right to peacefully assemble and demonstrate in Tehran that the people are exercising in Cairo."

Karroubi and Mousavi have compared the unrest in Egypt and Tunisia with their own postelection protest movement. Mousavi said Iran's demonstrations were the starting point but that all the uprisings aimed at ending the "oppression of the rulers."

Turkish President Abdullah Gul, who is on a visit to Iran, urged governments in the Middle East to listen to the demands of their people.

"When leaders and heads of countries do not pay attention to the demands of their nations, the people themselves take action to achieve their demands," IRNA quoted Gul as saying Monday.

Hundreds of thousands of Iranians peacefully took to the streets in support of Mousavi after the June 2009 vote, claiming Ahmadinejad was re-elected through massive vote fraud.

A heavy government crackdown suppressed the protests. The opposition has not been able to hold a major protest since December 2009.