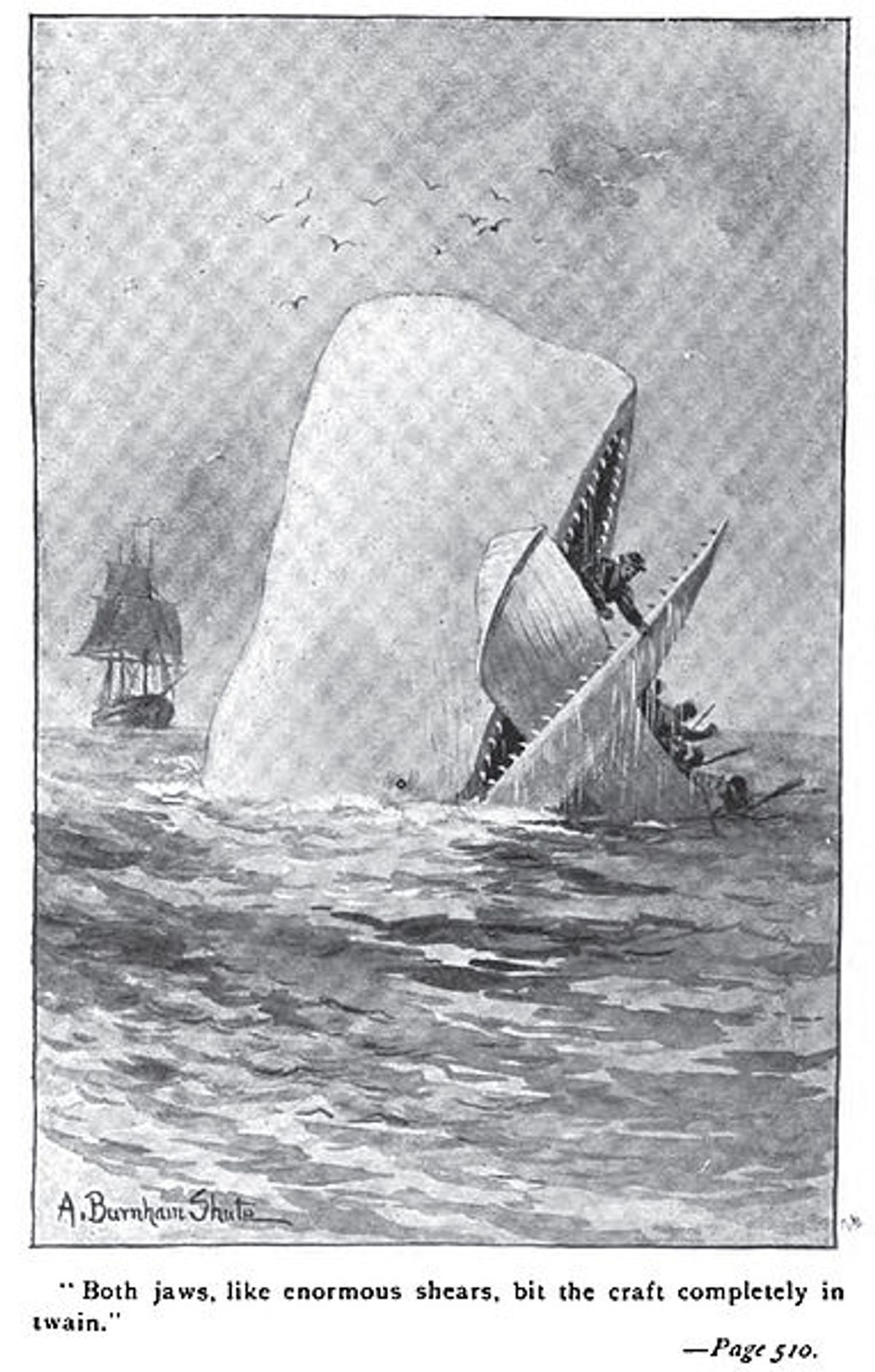 In the serendipitous intersection of science, history and literature, Marine archaeologists have found the vessel that belonged to the captain in Herman Melville's "Moby Dick."  The Two Brothers, which sank after colliding with a barrier reef in 1823, was the second ship commanded by Captain George Pollard. It was Captain Pollard's first ship, The Essex, however, that met its demise in the jaws of a great white sperm whale and provided the afflatus for Melville's great novel.

In actuality, The Essex was only "rammed" by a massive whale, the rest is the product of Melville's fabulous imagination.

Nathaniel Philbrick, author and historian, says of the discovery:

To find the physical remains of something that seems to have been lost to time is pretty amazing...It just makes you realise these stories are more than stories. They're about real lives.