Reasons to cheer for Obama's budget

If enacted, the president's spending plan would accomplish great things. So why are liberals so upset? 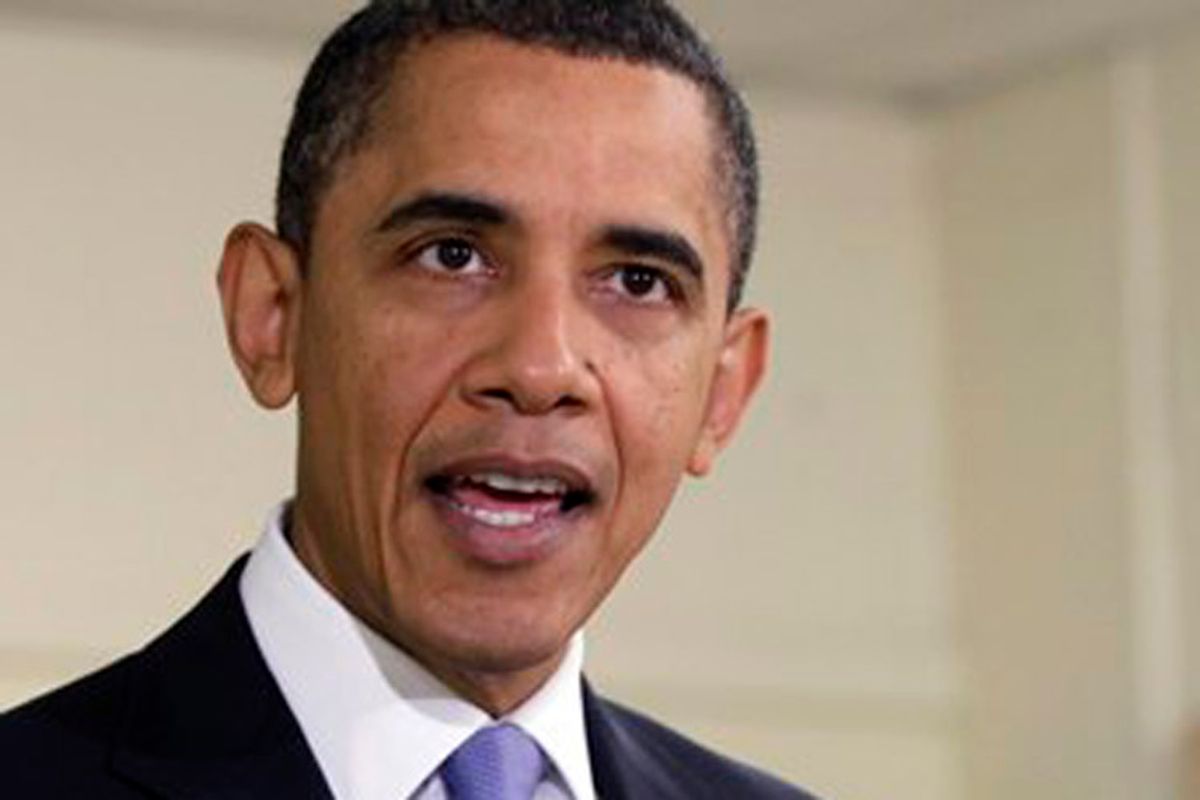 In light of all the complaints that progressives are making about the "spending cuts" in President Obama's new budget, it might be worth remembering that Obama's first budget added up to $3.6 trillion dollars, and pretty much everyone on the left, including Paul Krugman, thought it was just peachy, an amazingly ambitious statement of new government priorities.

Obama's new budget totals $3.73 trillion. That hardly represents a slash-and-burn retreat from the federal spending front lines! It's an expansion beyond the budget that blew minds two years ago. But whereas Krugman praised the first budget as setting a "fundamentally new course" for the United States, he is dismissing the new budget as "hardly something to cheer about." While agreeing rather explicitly with yours truly that in the larger scheme of things the new budget is irrelevant, he nonetheless argues that it is meaningful because it symbolizes that Obama has "effectively given up on the idea that the government can do anything to create jobs in a depressed economy."

Obama has certainly given up on getting anything labeled "Keynesian stimulus" through Congress. That is for sure. But it seems to me, if you are looking for reasons to cheer, or rating the budget on pure symbolism, that you can find plenty of exciting line items worth getting hot and bothered about. The president calls for an end to oil, gas, and coal subsidies and the expiration of tax cuts for the rich. There are some painful cuts, but there is also plenty of new investment in education and infrastructure -- including high speed rail and a vast expansion of broadband wireless connectivity. He also offers smart proposals to address two budget boondoggles that have long bedeviled Washington: the Medicare "doc-fix" that keeps funneling cash to doctors without designating a funding source, and the ever-present AMT tax hike that threatens more middle class Americans every year. (SEE NOTE BELOW). He boost funding for homeless veterans. Et cetera.

Maybe we aren't cheering about any of that because we know none of it is going to happen. Congress writes the budget and passes it; what the White House proposes is just a suggestion. And House Republicans have no intention of ending oil industries subsidies or hiking taxes on anyone.

Liberals like Krugman and Robert Reich are unhappy with Obama's budget because they don't think the president should be endorsing any spending cuts at all while unemployment is at 9 percent. They would prefer an even bigger budget, with higher deficits. But if we're not going to applaud the good suggestions in Obama's budget because there is no chance that they will become reality, then why be so down in the dumps about the fact that Obama isn't aggressively pushing to spend even more money -- since the same rules of political reality hold there, as well. It just isn't going to happen. It <I>can't</i> happen.

Reich, in particular, seems not to recall that Republicans just won a massive election victory. In his column today, he wants to further cut taxes on everyone making up to $250,000 and then proposes raising rates on people earning more than that to 50, 60, and 70 percent! I'm all for taxing the rich, but a 70 percent tax bracket for the richest Americans is pure fantasy -- even suggesting it represents such a fundamental disconnect with the world as it exists today that it is hard to see why it should be taken seriously. I would be deeply worried about the sanity of a Democratic president who proposed such a thing.

Krugman says he doesn't want to "revisit" the fact that, as far as increased stimulus goes, Obama "couldn't have gotten anything more." I think that's a little bit of a cop out. Realpolitik is realpolitik, after all, and there is a situation on the ground that has to be dealt with. Which is: Congress holds the purse strings, and authorization for government spending is going to run out in three weeks, and the debt ceiling governing how much the Treasury can borrow will probably be hit in late May. Obama's only option, should he want to spend even more than he is currently proposing, is to say to Republicans that he is prepared to shut down the government if they won't give him the budget he wants.

Maybe I'm wrong, but I don't see this particular version of the Republican party yielding on that point. I think they'd love nothing more than to position themselves as the defenders of fiscal sanity against the runaway Obama train. If the two sides want a government shutdown showdown, we can have one, easily.

But will that serve the economy's interest? And perhaps more importantly, who will the public blame if government stops functioning, or a debt default looms? Political gridlock over how to fund the government sounds to me like the best possible way to get bond investors agitated about the U.S. debt. Right now, borrowing costs are still historically low, which is why Obama is able to operate with the huge deficits that are currently in place. But that set of circumstances won't last forever, and with the economic recovery still so fragile, what sense does it make to do anything that would hasten the arrival of a bond vigilante uprising?

Judged against the Obama's previous budgets, the president isn't asking for significant cuts. What he and his team are trying to do is to present themselves as just fiscally responsible enough to make Republicans look like the out-of-control party recklessly pushing for a government shutdown. That seems like the smart, sane way to do what you can to protect an economy that is slowly reviving, and slowly beginning to bring down the unemployment rate.

Matched against that stance, we have Paul Ryan, Republican Chair of the House Budget Committee, declaring on Sunday that "the country's biggest challenge, domestically speaking, no doubt about it, is a debt crisis." Not only is that not true -- the debt may be large, but there is no "debt crisis," again, the U.S. government has no problem borrowing money -- but if it was true then why did Ryan sign off on a package of tax cuts just last fall that raised the deficit by almost double what Republicans are proposing currently to cut from the budget? Liberals might be worried about the "symbolism" of Obama's budget. But conservatives ought to be a lot more concerned about the rhetoric coming from Republican legislators -- and how completely at odds it is with their actions.

UPDATE: Not so fast on the Medicare doc fix.