Obama mum on crackdown in Yemen

Egypt-inspired protesters are attacked by government forces, but the U.S. declines to criticize its Arab ally 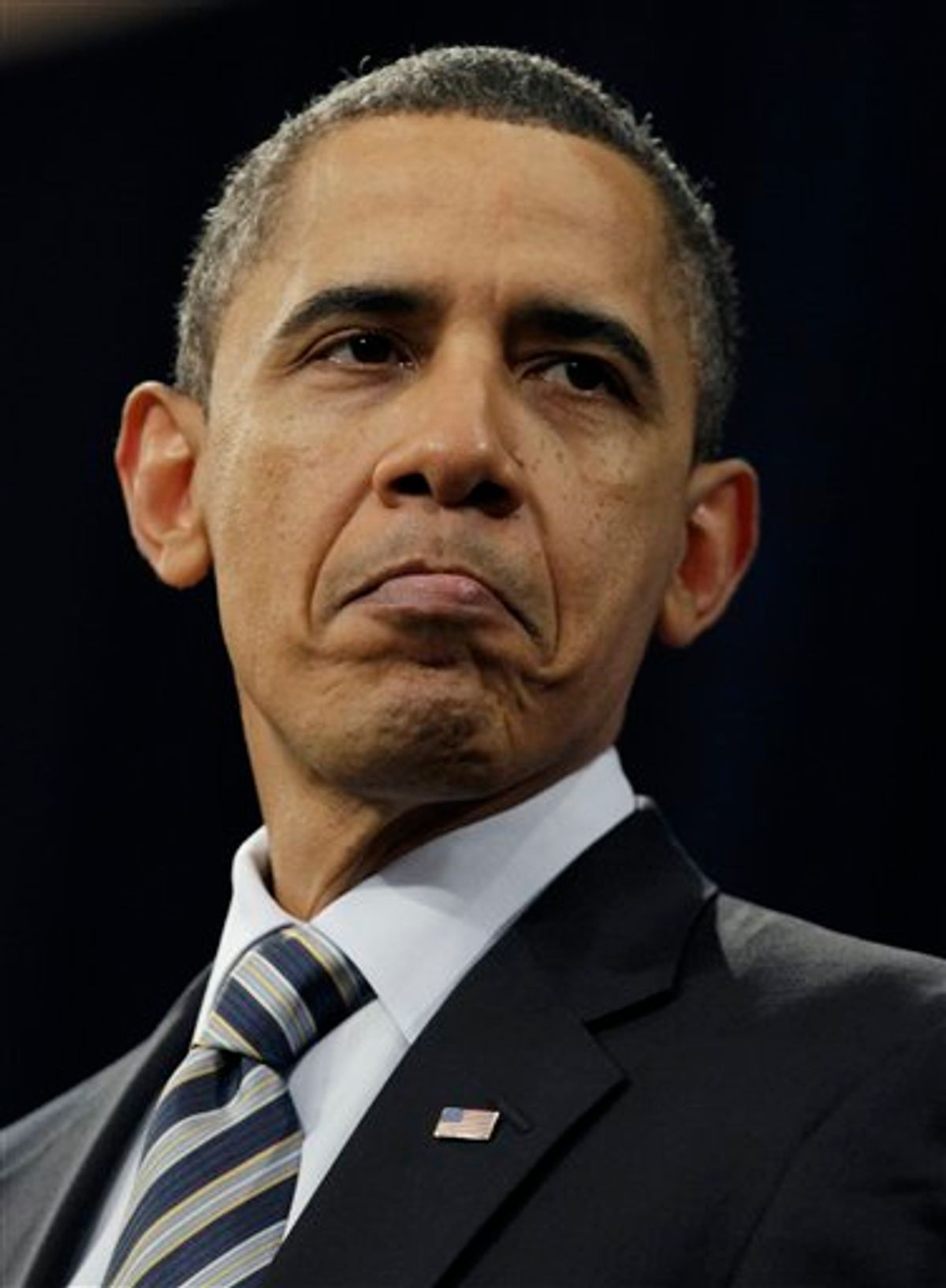 In the past few days, the Obama administration has made pointed calls for restraint by Middle Eastern governments -- in Algeria and Iran -- in the face of protesters emboldened by the events in Egypt. At the same time, though, the administration has been conspicuously silent on the violent crackdown on protests in Yemen, which is ruled by an authoritarian regime allied with the United States.

In a statement Saturday, National Security Adviser Thomas Donilon said: "By announcing that they will not allow opposition protests, the Iranian government has declared illegal for Iranians what it claimed was noble for Egyptians. We call on the government of Iran to allow the Iranian people the universal right to peacefully assemble, demonstrate and communicate that's being exercised in Cairo."

And on Sunday, State Department spokesman Phillip Crowley put out a strong statement about Egypt-inspired protests in Algeria, calling for restraint on the part of the security services.

"[W]e reaffirm our support for the universal rights of the Algerian people, including assembly and expression. These rights apply on the internet. Moreover, these rights must be respected."

Do those same universal rights apply to opposition protesters in Yemen? Crowley did not immediately respond to my request for comment. Obama raised the issue of protest on a call with Yemen's president of 32 years, Ali Abdullah Saleh, on Feb. 3. But the White House has, as far as I can tell, been silent in the face of an ugly crackdown on protesters in Yemen in the past few days.

Here's a Human Rights Watch account of the events in the Yemeni capital of Sanaa on Friday:

Human Rights Watch witnessed at least 10 army trucks carrying men in civilian clothing to Sanaa's Tahrir Square, where a crowd of around 1,000 Yemenis had been demonstrating in support of the historic changes in Egypt and against the Yemeni government. Hundreds of men, their arrival coordinated by uniformed security agents, attacked the anti-government protesters with knives and sticks, prompting the majority to flee.

It isn't stopping. Here is the AP today:

Yemeni police armed with sticks and daggers beat back thousands of protesters marching yesterday through the capital in a third straight day of demonstrations calling for political reforms and the resignation of the country’s US-allied president. ...

Police used truncheons to stop the Yemeni protesters, many of them university students, from reaching the central Hada Square in Sana, the capital. Witnesses said plainclothes police officers wielding daggers and sticks also joined security forces in driving the protesters back.

It's fair to assume that the administration's muted reaction to what's going on in Yemen has a lot to do with Saleh's cooperation in American bombing of suspected terrorist targets in the country.