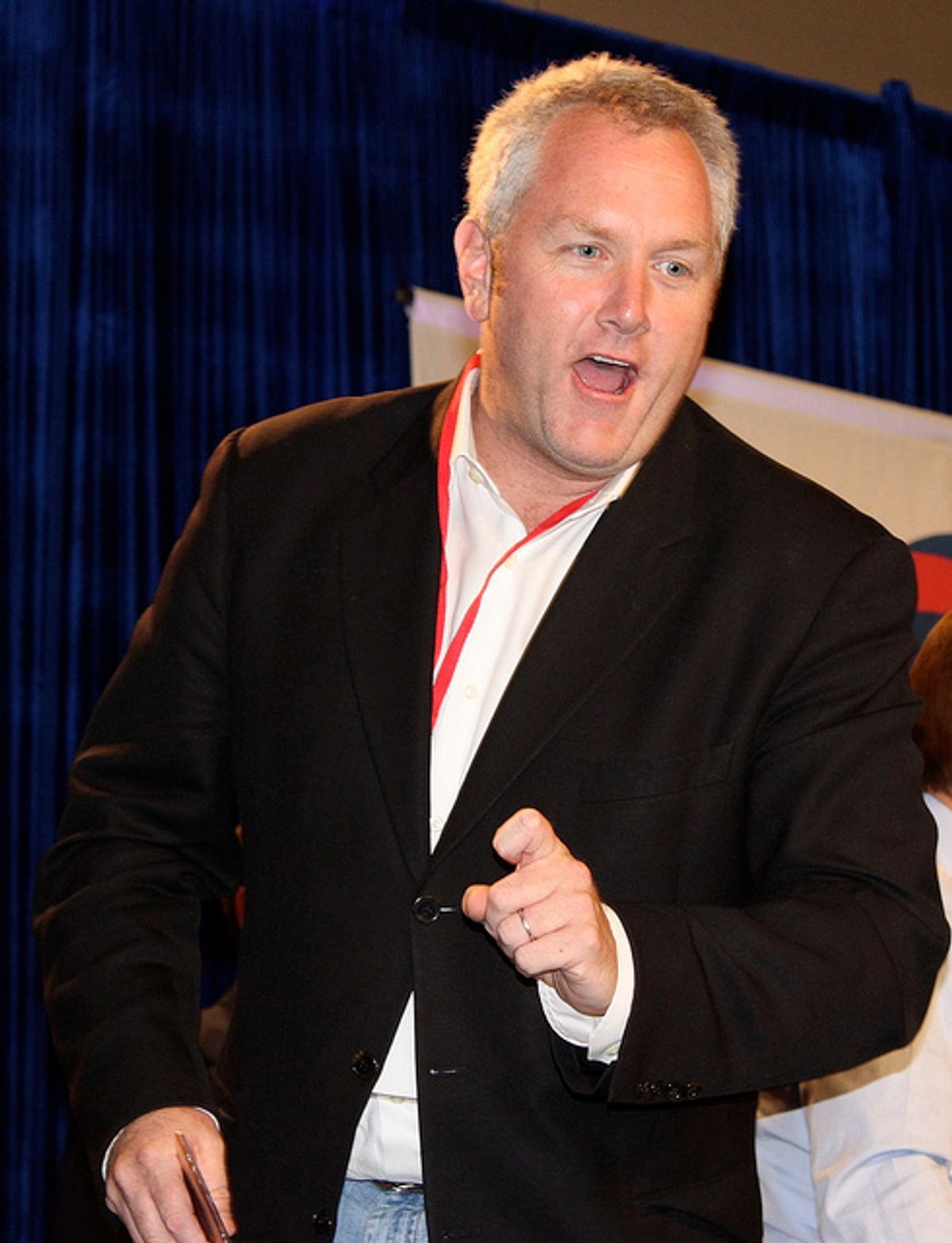 While most gathered at CPAC this past weekend were busy gobbling up buffet-sized servings of Republican rage, one outsized commentator was left eating a slice of humble pie.

Former USDA official Shirley Sherrod has filed a lawsuit against conservative firebrand and web entrepreneur Andrew Breitbart. The suit stems from the notorious video Breitbart posted online last year, showing an out-of-context excerpt from a speech Sherrod gave to the NAACP Freedom Fund in March 2010. The clip suggested she had  used her position at the Department of Agriculture to discriminate against white farmers. The media devoured the Breitbart's version of story so voraciously that the NAACP denounced Sherrod and the Obama administration fired her. The charge was, in fact, entirely untrue.

Sherrod argues in the lawsuit that the clip "damaged her reputation and prevented her from continuing her work." Breitbart, meanwhile, denounced the suit, saying he "categorically rejects the transparent effort to chill his constitutionally protected free speech."

Breitbart's media machine is doing its best to reframe Sherrod's complaint in the most favorable terms possible. One of his websites, BigGovernment.com, posted an article, titled "New Media Entrepreneur declares that his voice will not be suppressed," shortly after Breitbart was served. The piece referred to the complaint as the "Pigford Lawsuit" -- a nod to Breitbart's newest "obsession" and would-be vehicle for dragging Sherrod's name through the mud. Not surprisingly, the meme does not appear to have caught on.

I find it extremely telling that this lawsuit was brought almost seven months after the alleged incidents that caused a national media frenzy occurred. It is no coincidence that this lawsuit was filed one day after I held a press conference revealing audio proof of orchestrated and systemic Pigford fraud. I can promise you this: neither I, nor my journalistic websites, will or can be silenced by the institutional Left, which is obviously funding this lawsuit. I welcome the judicial discovery process, including finding out which groups are doing so.