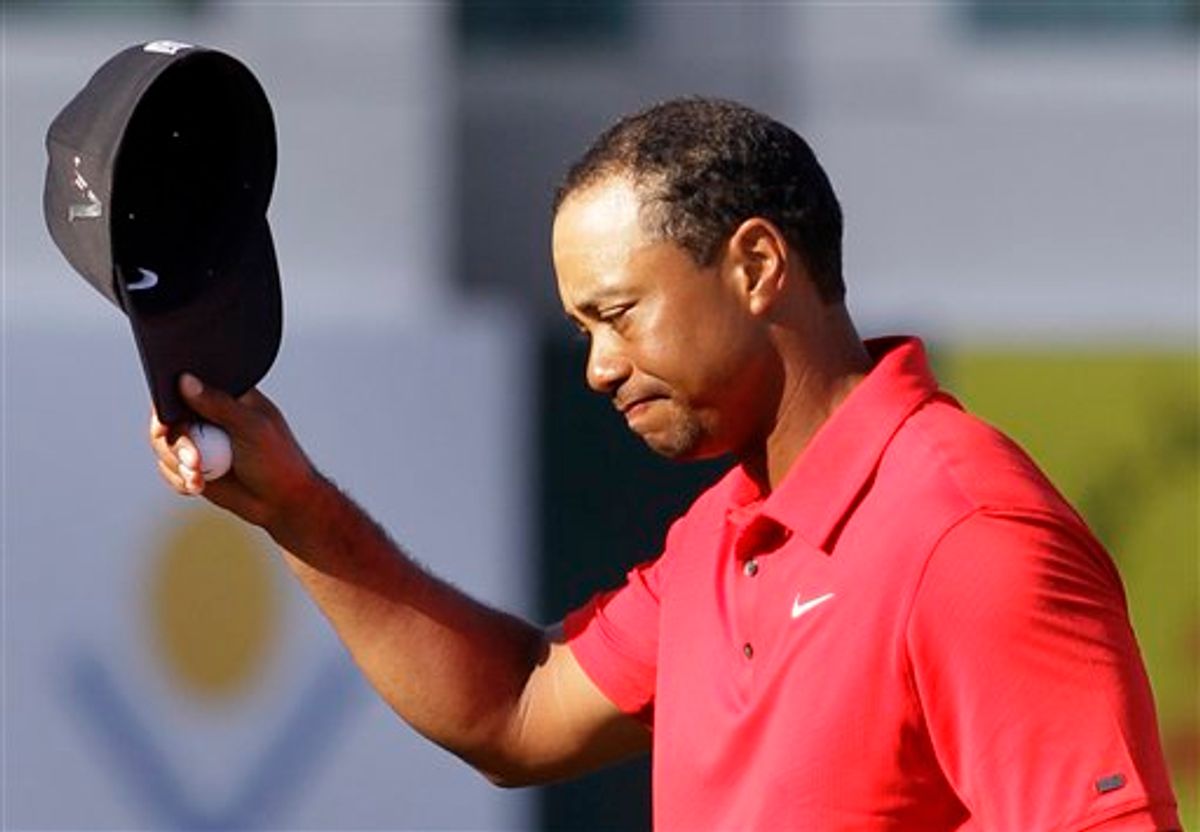 Tiger Woods was fined by the European Tour on Monday for spitting during the final round of the Dubai Desert Classic.

The incident occurred Sunday on the 12th green, after the No. 3-ranked player missed a par putt on his way to a 3-over 75.

"The tournament director, Mike Stewart, has reviewed the incident and feels there has been a breach of the tour code of conduct and consequently Tiger Woods will be fined," the European Tour said in a statement.

The tour said it would not disclose the amount of the fine.

The tour's code of conduct states that when a player becomes a member, he "voluntarily submits himself to standards of behavior and ethical conduct beyond those required of ordinary golfers and members of the public."

Woods began the final day one shot off the lead but never recovered after making two bogeys in his first three holes.

The 14-time major winner finished tied for 20th place at 4-under 284. Woods has gone 17 tournaments without a win for the first time since turning professional in 1996.

Television cameras spotted Woods spitting in an earlier round in the Dubai tournament.

Ewen Murray, a commentator for Britain's Sky Sports, said on air after seeing Woods spit on the second tee during the second round that it was "one of the ugliest things you will ever see on a golf course."

On Sunday, after Woods spit on the 12th green, Murray said on air that "somebody now has to come behind him and maybe putt over his spit. It does not get much lower than that."