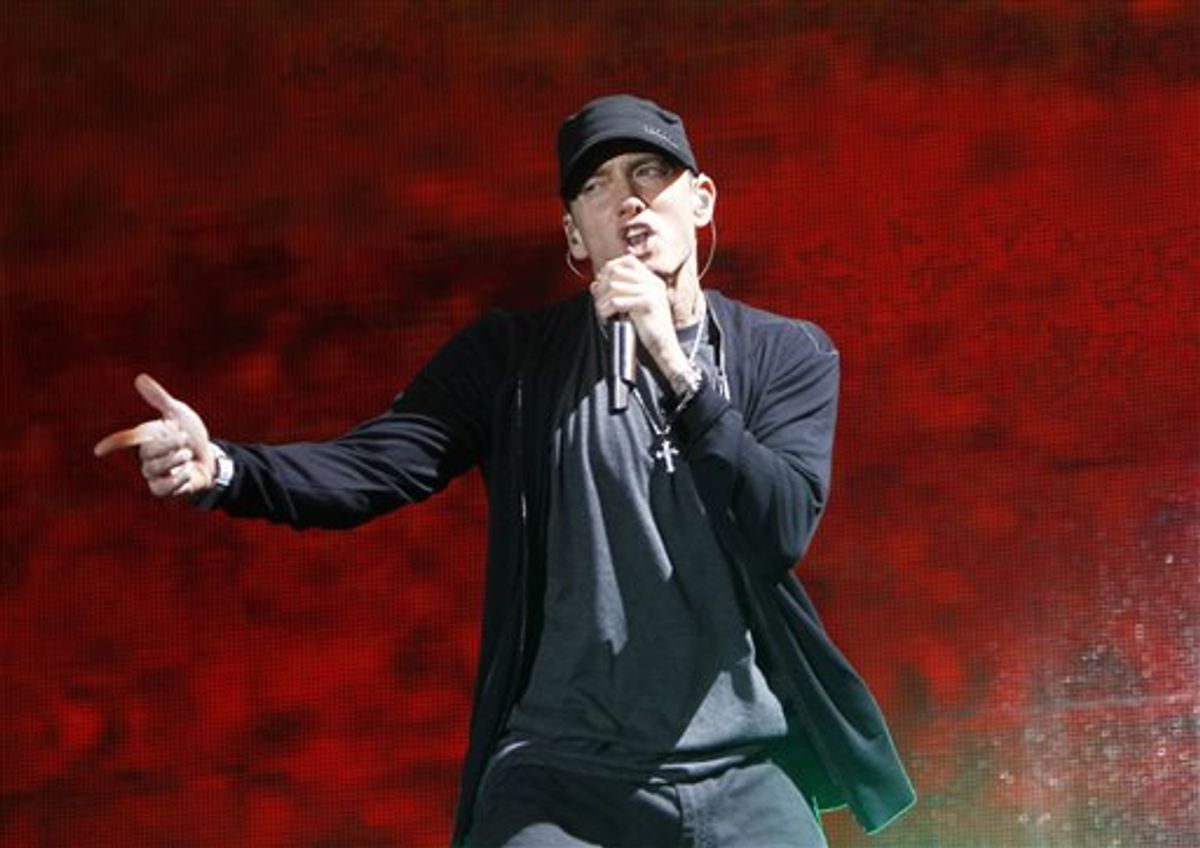 The Bonnarroo Music & Arts Festival oftentimes resembles something closer to wild-eyed new-age congregation than mere concert event. Consistently in its first nine years of existence, the festival inspires near-religious fervor in the thousands upon thousands of faithfuls that it draws to rural Tennessee each summer. Music is just the backdrop for a veritable menagerie of mind-altered behavior: dancing, tripping, mud wrestling, the works. This year, the event's 10th anniversary, looks to continue that trend.

Bonnarroo announced its lineup today, much to the joy of music fans across the spectrum. And they recruited Conan O'Brien to help!

Arcade Fire, fresh off their album-of-the-year victory at the Grammys, are slated to headline, along with Eminem, Lil Wayne and Widespread Panic. Other notable performers include Neil Young, the Strokes, Robert Plant, Girl Talk, the Black Keys, Florence + the Machine, Big Boi and the Decemberists. Here's the full lineup with links back to each band's page on Bonnaroo's website.