The head-scratching cartoon slams Obama's anti-obesity efforts by showing her gobbling up hamburgers. Wait, what? 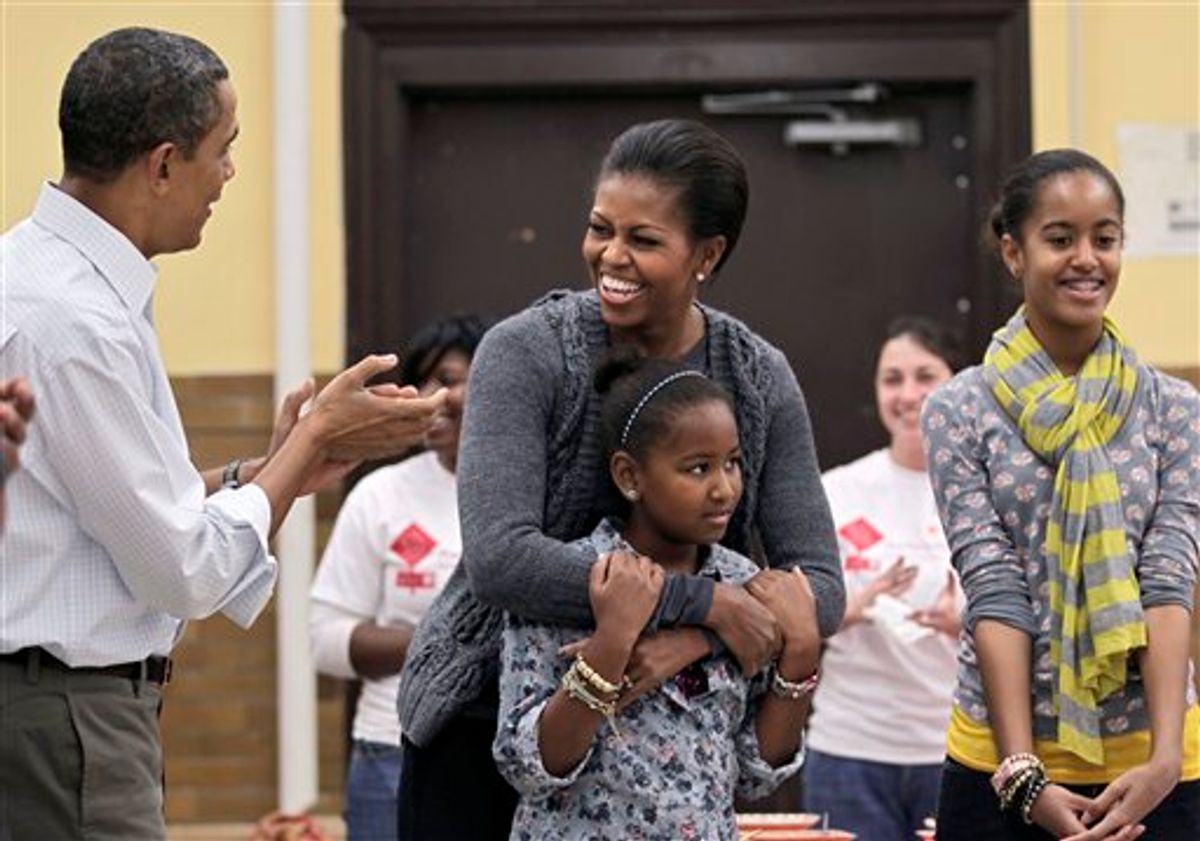 FILE - In this Jan. 17, 2011, file photo first lady Michelle Obama, 47, embracing her daughter Sasha, 9, is surprised by her husband, President Barack Obama, and everyone's singing "Happy Birthday" to her during a community service project at a Washington middle school on the Martin Luther King Jr. holiday. At right is daughter, Malia, 12. Here's Michelle Obama's advice for couples this Valentine's Day: laugh with your partner. She says it's what she and the president do, and it seems to be working. (AP Photo/J. Scott Applewhite) (AP)
--

Andrew Breitbart's camp is at it again. The conservative pundit's website Big Government published an absurd and probably offensive political cartoon. The comic slams Michelle Obama for her campaign against obesity initiatives by -- wait for it -- calling her fat. This just days after Breitbart was served a lawsuit for defaming Shirly Sherrod on Big Government last year.

Part of the "Obama Nation" strip by James Hudnall and Batton Lash, the cartoon shows an overweight Michelle Obama scarfing down hamburgers while telling her husband about her anti-obesity efforts. Barack, meanwhile, is shown with enormous ears (bonus points for originality) and complains that Michelle is going to undermine his reelection efforts.

The punch line? Michelle shouts back, "Shut up and pass the bacon!" Bravo, Breitbart and co. Bravo.

You can see the comic here.