After the heartbreak of my mom's illness, I sought comfort and release with men. But it was my friends who saved me 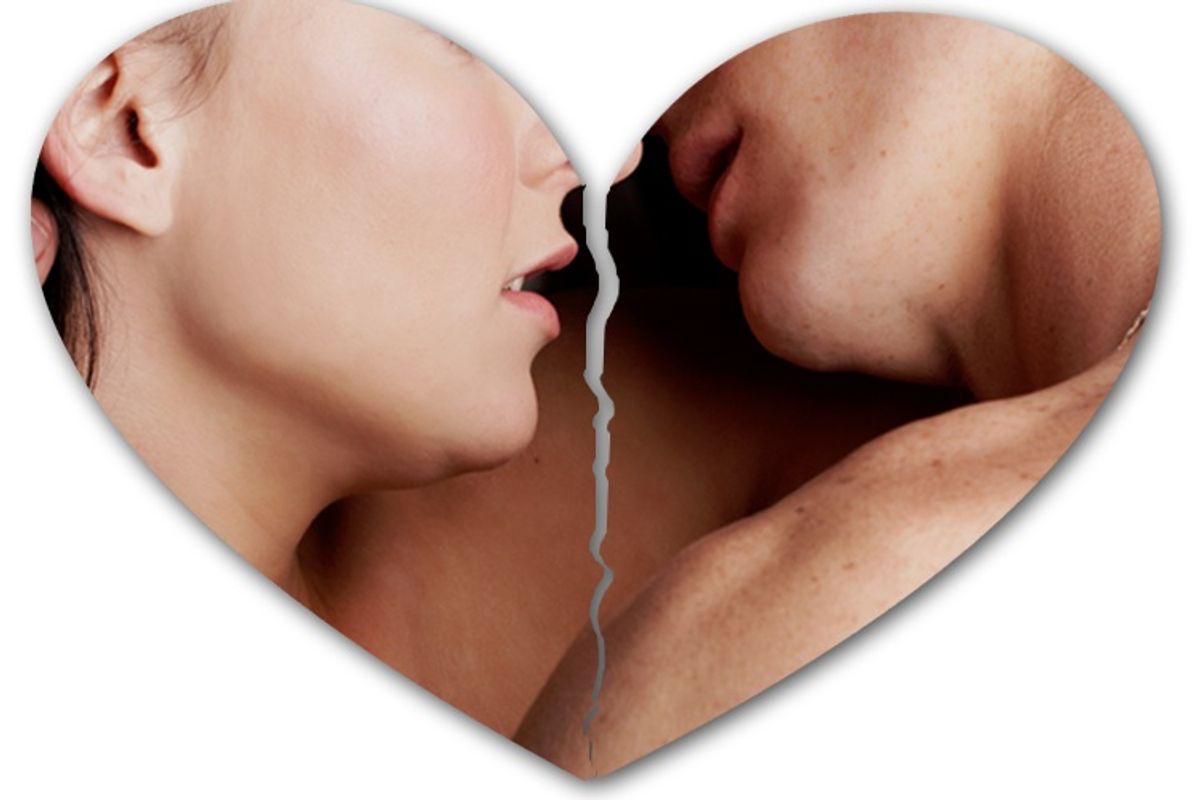 I've spent the past 10 months since my mom was diagnosed with advanced lung cancer looking for solace in men, a warm body in my bed. People cope with grief in different ways and, until recently, I've turned to sex.

I have gone after men who were emotionally unavailable and spectacularly wounded. Pleasure wasn't the goal; it was entirely unwelcome. I didn't want to feel good; I mostly wanted to feel a different kind of bad. I was never a cutter, but now I understand it -- the idea of dragging a razor blade along your arm in hopes of relieving the vibrations of pain, letting it flow. It brought relief -- a brief, post-coital moment of comfort and calm, followed by a vertigo-inducing sense of emptiness. True loneliness is lying in bed with someone who doesn't care about you.

I feel a certain fondness for these men. They have kept me company in my misery -- even when they weren't aware of it. They have seen a version of myself that I am not particularly comfortable with – ravenous, wild, destructive. There is intimacy there, sure. They assisted in my acting out, provided needed distraction and brought the comfort of a warm embrace, but then they were gone and the pain was still there.

As my escapades ramped up, so did my performance. Everything became a story, an anecdote. While talking to my longtime friend Margaret on the phone, I launched into a tale about how I had taken my roommate to a strip club for a sociological study of sorts and had a chance encounter with a dancer who, it turned out, was sleeping with the same man I had been casually involved with for a couple months. With the wry detachment of a soldier telling war stories at a bar, I explained how this had ended with me crying into my overpriced martini against the backdrop of men tucking dollar bills into G-strings. Margaret didn't skip a beat: "That's a really fascinating story, but the one thing I'm not hearing you talk about is your mom. How is she?"

What could I say -- she's dying? Again and again, I would relay these sensational stories and my friends, hardly prudes, would act thoroughly unamused. One time, I drank far too much at a party at my house and then brought a man back to my room -- a man whom I'd gotten into a fight with moments earlier after he declared that he didn't care about giving women orgasms. Afterward, when I walked out of my room, my buddy Jake, a sweet Southern boy whom I've known for nearly a decade and had never seen angry until then, confronted me. He was furious. "Tracy, you slept with that asshole?" He went on a terrific rant, which caused me to promptly burst into tears and I ended up sandwiched in a hug between him and his girlfriend. "My mom is dying, Jake," I pleaded. "You know my mom! You've hung out at her house, you've eaten her food. She's dying." "I know, Tracy. I know your momma, I love your momma," he said. "But you can't do this to yourself."

Eventually, I realized it wasn't men that I needed, it was my friends. More than just calling me out, my friends have simply been there. Whenever I write Elissa at 2 a.m. in a frenzy of sorrow, she writes back immediately and at epic lengths. Sarah brings over wine and cries as I cry, fondly repeating, "Oh, my lady." I give Jake branches of jade from my mom's garden and he plants them in his yard and sends me photo updates of the plants' progress. Susan and Katherine consistently ask me, unafraid, about how my mom is doing and what chemo she's on now. When I come home after Christmas, shell-shocked from the realization that it is the last one I will have with my mom, my roommate Emily asks me all the right questions until I break down and sob in her arms.

Of course, the various warm bodies that I've had in my bed during this time have helped me to come to this revelation, but only because of what they didn't provide. Those dalliances were educational in their emptiness, and my friends have been the antidotes. My friends are the ones who have actually supported me through this chaotic time. They are the ones who have made me feel less alone. The fantasy of having all of these things in one person -- a person who can also be a warm body in your bed -- is a nice one. But, honestly, the most meaningful love affair that I've had in the past year is the one I've had with my friends -- and that makes Valentine's Day not so bad at all.