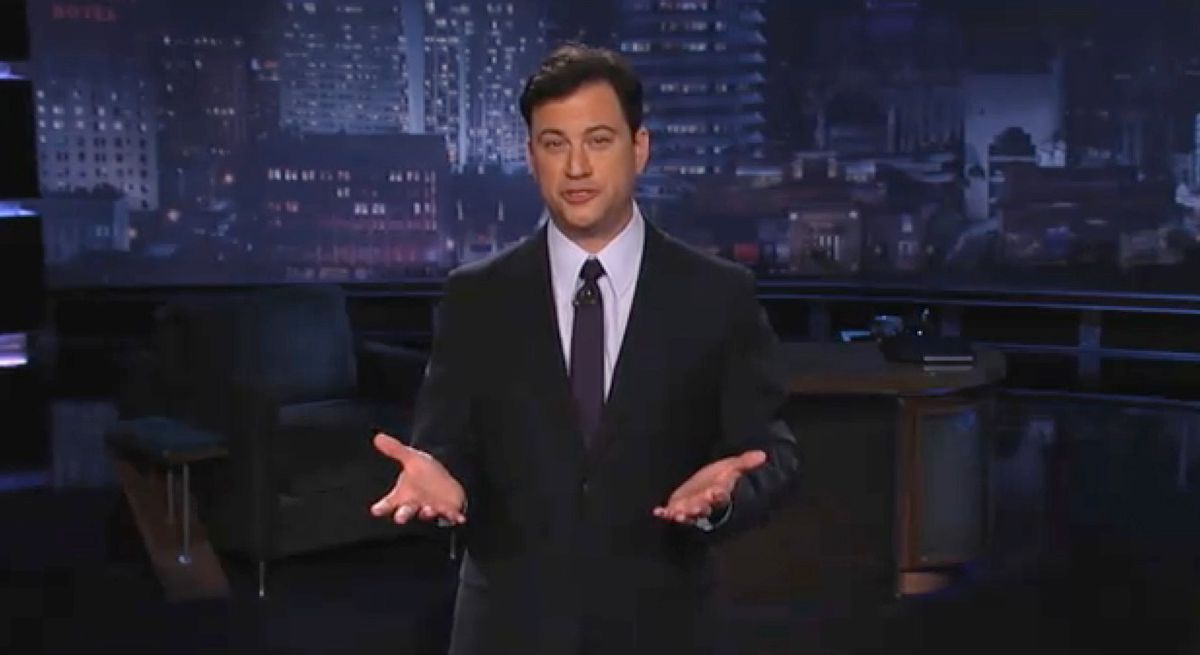 Late-night host Jimmy Kimmel has been setting the sounds of "Jersey Shore" against a classic "Peanuts" backdrop for some months now. But it's never been more relevant than last week's pressure cooker of an episode.

For those of you not acquainted with the trials and tribulations of Ronnie and Sammi Sweetheart, it suffices to say that stuff got ugly. The "Jersey Shore" couple broke up (again), which on its own wouldn't exactly be notable. It was the shrieking, flailing and mattress-flinging that struck a nerve.

Enter "Jimmy Kimmel Live." Somehow, transporting the histrionic dialogue out of the realm of Ed Hardy, duck phones and bronzer and into Charles Schulz's imagined world makes it a little less cringe-worthy. And as an added bonus, we took the liberty of culling some other great Kimmel mashups below.

The Bill O'Reilly-Barack Obama interview meets "The Smurfs," with Bill O. as Gargamel