Sunshine in a jar to brighten a gray February day 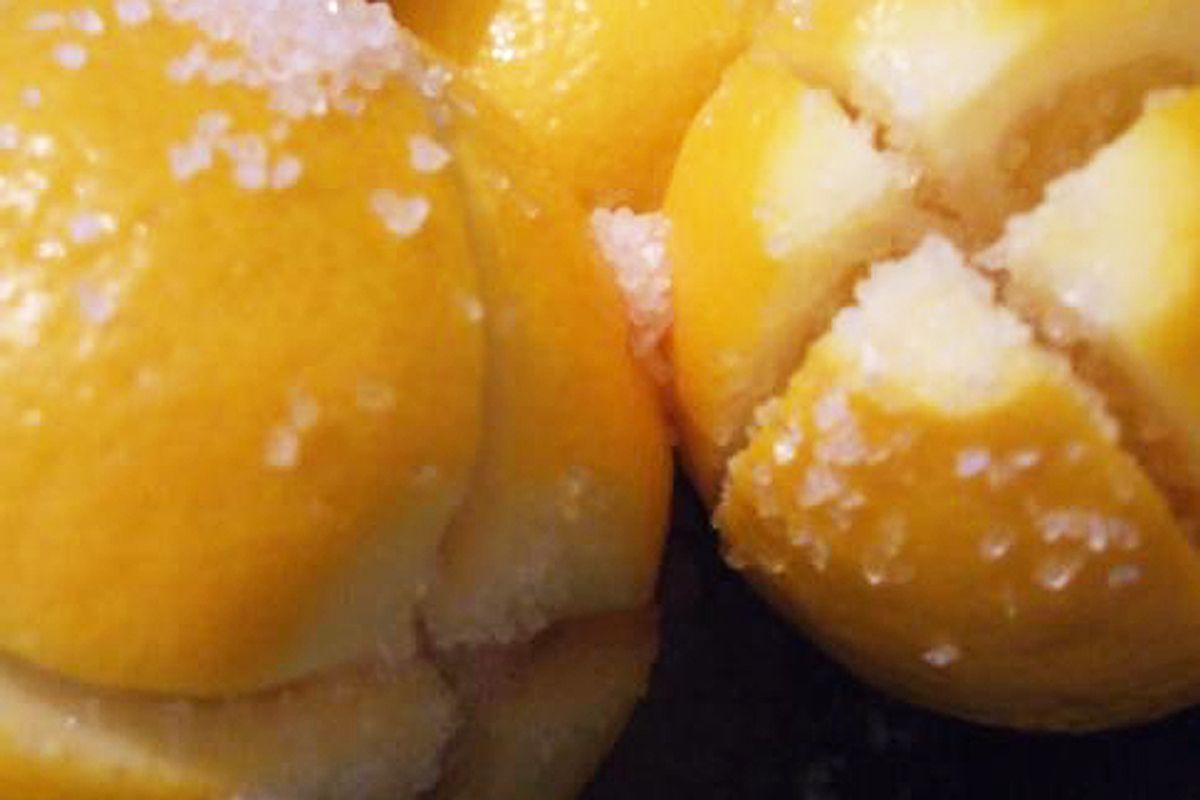 A long time ago, I made the green student traveler's mistake of visiting the Côte d'Azur in February. I thought I'd beat the crowds, save my precious pennies and still relish the sunshine and the swaying palms. Instead, I shivered through the Mistral winds and brooded in empty cafes while I watched through grimy windows as newspapers hurled around the desolate streets. Suffice it to say, my memories of that trip are all pretty grim. Except one.

Making my way along the coast I ended up in the small city of Menton. Emerging from the train station I was greeted with a riot of yellow, orange and green. There was music blasting from speakers suspended from the lampposts, gaggles of revelers dancing, drinking and singing in the streets. Everywhere I looked, signs stretched across building facades welcomed me to the Fête du Citron. I had stumbled on a month-long celebration of all things citrus, and in particular the lemon, the region’s chief export. What else was there to do but drop my backpack at the closest hotel and head back out to join the party?

After marveling at the Carnival-like parade that wound its way through the streets, showcasing floats and even costumes made entirely of citrus fruit, I was starting to feel a bit peckish. Always hungry and always short on cash, I couldn't believe my luck. There were free samples of food everywhere. Just in case, I gave a nod of thanks to the gargantuan lemon- and orange-studded sculpture of the Virgin Mary stretching her hands over the crowd at the top of the street. Then I started weaving through the stalls.

Lemon biscuits, lemon butter, lemon jelly, lemon meringues. I tasted it all and felt the pangs of hunger and the doldrums of my failed French Riviera foray recede as pure, undiluted sunshine took their place.

Now I sit in my apartment on another gray February day wishing for a bit of that sunshine I tasted all those years ago in Menton. I pull down a jar of preserved lemons from the shelf in my pantry and set it on my counter, admiring the deep yellow fruit packed tightly in the jar while I figure out what I feel like eating. I first tasted preserved lemons in Menton at a Moroccan stall dishing out tagine and I've been a convert ever since. In Paris, I used to buy jars of the stuff from the North African grocers that dot the city, but then I started to make my own once I moved into a place with enough shelf space to put up preserves. I use them whenever I can, in whatever dish I'm making; the juice and the pulp in sauces and over fish, the peel any time I want a real kick in the ass of citrus. Preserved lemons are lemons, only better. They're lemons times 10. They can be left in their brine for months and only get better with age.

I'm swinging solo today so I don't feel like fussing too much over a meal. Some roasted garlic squeezed out of its sleeve, a good dose of chopped preserved lemon peel, a bit of olive oil and some fresh fettuccine. A couple of parmesan shavings and a few pinches of fresh parsley. A twist or two of the pepper grinder. Sunshine on a plate. I take a bite and give thanks all over again, just in case.