So much for Sarah Palin as a serious '12 contender

Republicans are sending a pretty clear message to the former half-term governor. But is she listening? 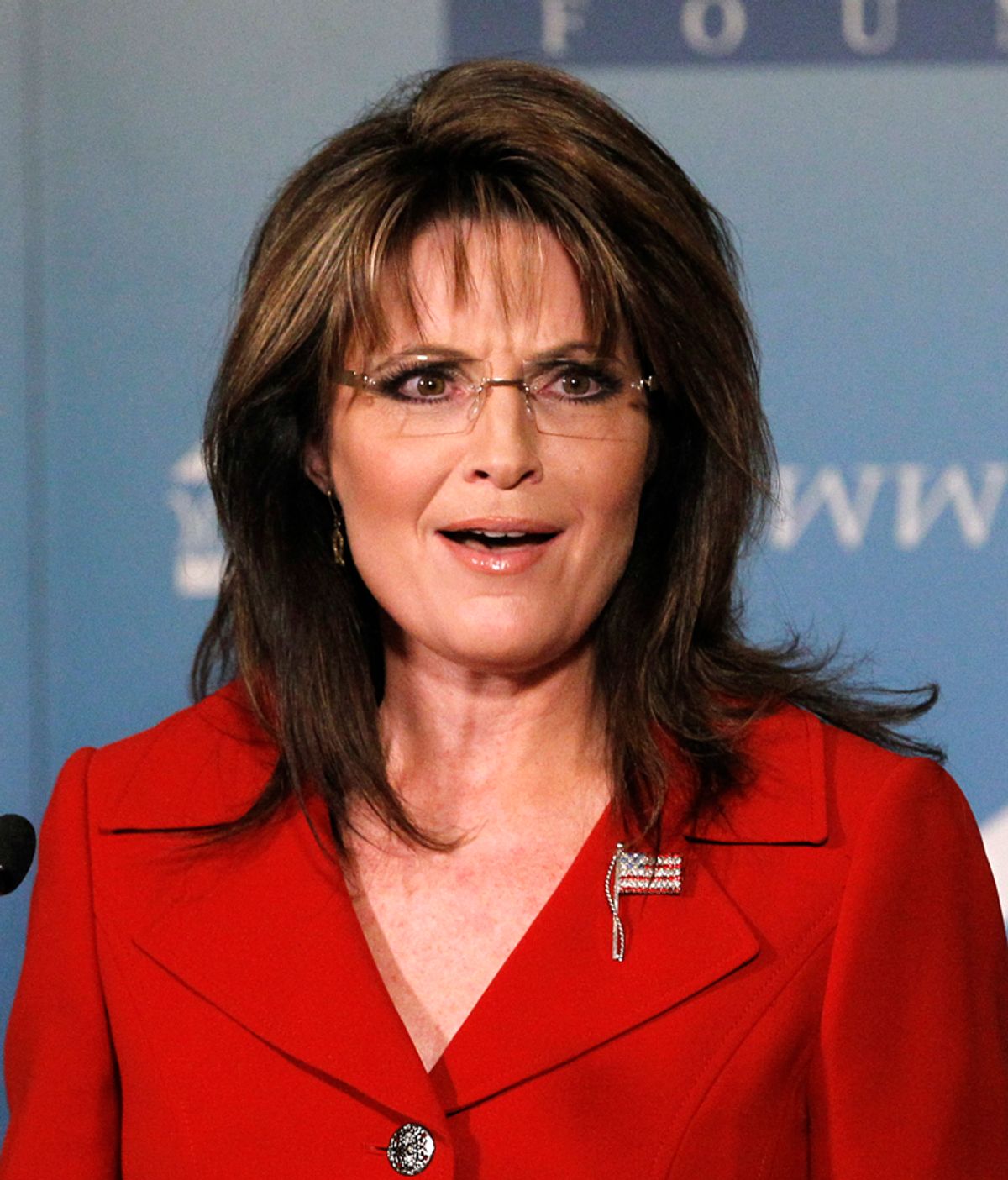 There was a time last summer and fall, when Tea Party ideologues like Sharron Angle, Christine O'Donnell and Joe Miller were winning key Republican Senate primaries, that it seemed quite possible -- maybe even inevitable -- that the Republican Party would nominate Sarah Palin for president in 2012. Here were Republican primary voters shedding all pragmatic inhibitions and opting to nominate candidates with obvious and severe general election liabilities, simply because they passed a purity test; how could this not end with Palin accepting the GOP presidential nomination in '12?

Now, just a few months later, Palin's role in the 2012 conversation seems to have changed substantially. She might still run; who, really, has any idea what she wants to do or how she envisions her '12 prospects? But it almost doesn't matter: It's getting harder and harder to imagine how she'd win the nomination if she were to go.

As Politico points out, Palin's standing in trial heats in Iowa and South Carolina, two critical early states in the GOP nomination process, has been consistently underwhelming, especially given her universal name recognition. And a new poll in New Hampshire, which finds Palin tied for fifth place with just 6 percent -- 34 points behind Mitt Romney and trailing even Tim Pawlenty. This is further evidence for a point we've been making since last year: New Hampshire Republicans can be very conservative, but they tend to shy away from candidates who embody religious conservatism. The state is as bad a match for Palin as it was for Mike Huckabee in 2008 and Pat Robertson in 1988. Which means that, if she were to run, there'd be even more pressure on her to win in Iowa and South Carolina.

Sure, these numbers -- especially in Iowa and South Carolina -- could theoretically change in the months ahead. But it's hard not to see Palin's early state struggles as part of a broader trend within the Republican Party, one that seems to have started last fall, when some influential conservative voices began (however delicately) throwing cold water on the idea of a Palin '12 candidacy. (Justin Elliott documented this here.) By the end of the year, a a poll showed Palin suffered a dramatic 20-point drop in the number of Republican voters saying they were potentially willing to support her in '12. The phenomenon only intensified in the new year, particularly when Palin issued her defiant response to critics of her old "cross-hairs" map in the wake of the Gabrielle Giffords shooting. As I wrote at the time, Palin's defiance wasn't (for once) necessarily unjustified. But that was beside the point. What was significant was that many of the same conservatives who had been throwing cold water on the idea of Palin '12 took this as an opportunity to buttress their argument: See -- this is what we'll be in for if we nominate her! Others joined in, including the man who's been given credit for originally "discovering" Palin: Bill Kristol.

In this sense, Palin's Tucson response feels an awful lot like John Kerry's "botched joke" at the end of the 2006 midterm campaign. Even Democrats who believed he was getting a bum rap were happy to use the ensuing uproar to deliver the message to Kerry that he'd have no chance at winning their presidential nomination in 2008 (something Kerry very much wanted). Palin may or may not have Kerry's listening skills, but Republicans seem to be doing their best to deliver the same message to her now.