Major bookseller falters under weight of debt, failure to adapt to changing market 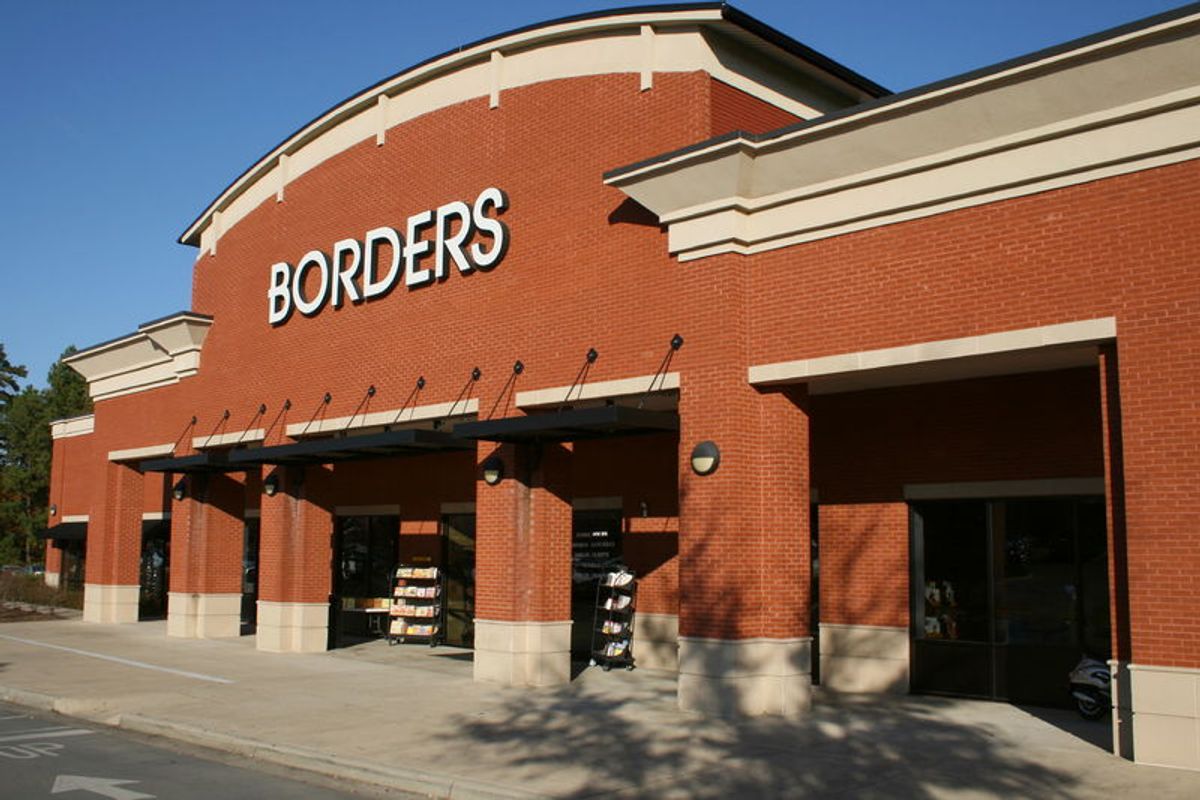 Bookseller Borders, which helped pioneer superstores that put countless mom-and-pop bookshops out of business, filed for bankruptcy protection Tuesday, sunk by crushing debt and sluggishness in adapting to a rapidly changing industry.

The 40-year-old company plans to close about 200 of its 642 stores over the next few weeks. All of the stores closed will be superstores, Borders spokeswoman Mary Davis said. The company also operates smaller Waldenbooks and Borders Express stores.

Borders Group Inc. President Mike Edwards said in a written statement that cautious consumer spending, negotiations with publishers and other vendors and a lack of liquidity made it clear Borders "does not have the capital resources it needs to be a viable competitor."

Borders plans to operate normally and honor gift cards and its loyalty program as it reorganizes.

The company will receive $505 million in debtor-in-possession financing from GE Capital and others to help it reorganize. In January, Borders said it was considering a bankruptcy filing after it received a conditional $550 million loan from GE Capital that required it to secure financing elsewhere.

According to the Chapter 11 filing with the U.S. Bankruptcy Court in the Southern District of New York, Borders had $1.28 billion in assets and $1.29 billion in debts as of Dec. 25.

It owes tens of millions of dollars to publishers, including $41.1 million to Penguin Putnam, $36.9 million to Hachette Book Group, $33.8 million to Simon & Schuster and $33.5 million to Random House.

It has been a long fall for the Ann Arbor, Mich., company, which 15 years ago appeared to be the future of bookselling. But big-box bookstores have struggled as competition has become increasingly tough as books become available in more locations, from Costco to Walmart, online sales grow and electronic books gain in popularity.

Borders also suffered from a series of errors: failing to catch onto the growing importance of the Web and electronic books, not reacting quickly enough to declining music and DVD sales, and hiring four CEOs in 5 years without book-selling experience.

Even as the book industry shifted around it, Borders seemed to be in denial and focused on adding superstores, said Michael Norris, senior trade analyst at Simba Information.

"Books and content just became so available at so many other locations, online and offline, the 'grow, rinse, repeat' mindset just wouldn't work anymore," he said.

In addition, Americans are simply buying fewer books. Sales fell nearly 5 percent in 2010 to 717.8 million from 751.7 million last year, according to Nielsen, which tracks about 70 percent of book sales but doesn't include Walmart stores.

At its peak in 2003, Borders operated 1,249 stores under the Borders and Waldenbooks names, but now it operates barely half that. Its annual revenue has fallen by about $1 billion since 2006, the last year it reported a profit.

Borders' rival Barnes & Noble, which has 29.8 percent of the book market compared with Borders' 14.3 percent according to IBIS World, has done better by adapting to e-commerce and electronic books more quickly and keeping management stable.

By the time Borders' current CEO, financier Bennett LeBow, came aboard in May 2010 after injecting $25 million into the company, the ship was listing badly.

The bad news began to pile up December: Borders suffered its ninth consecutive money-losing quarter, a key holiday sales figure fell a dismal 14.6 percent and the company announced it was delaying payments to some vendors to preserve cash.

"This is not a good day for book retailers, book readers and book publishers," Greco said. "It's a serious problem that a major chain that did a nice job for many years could not survive."