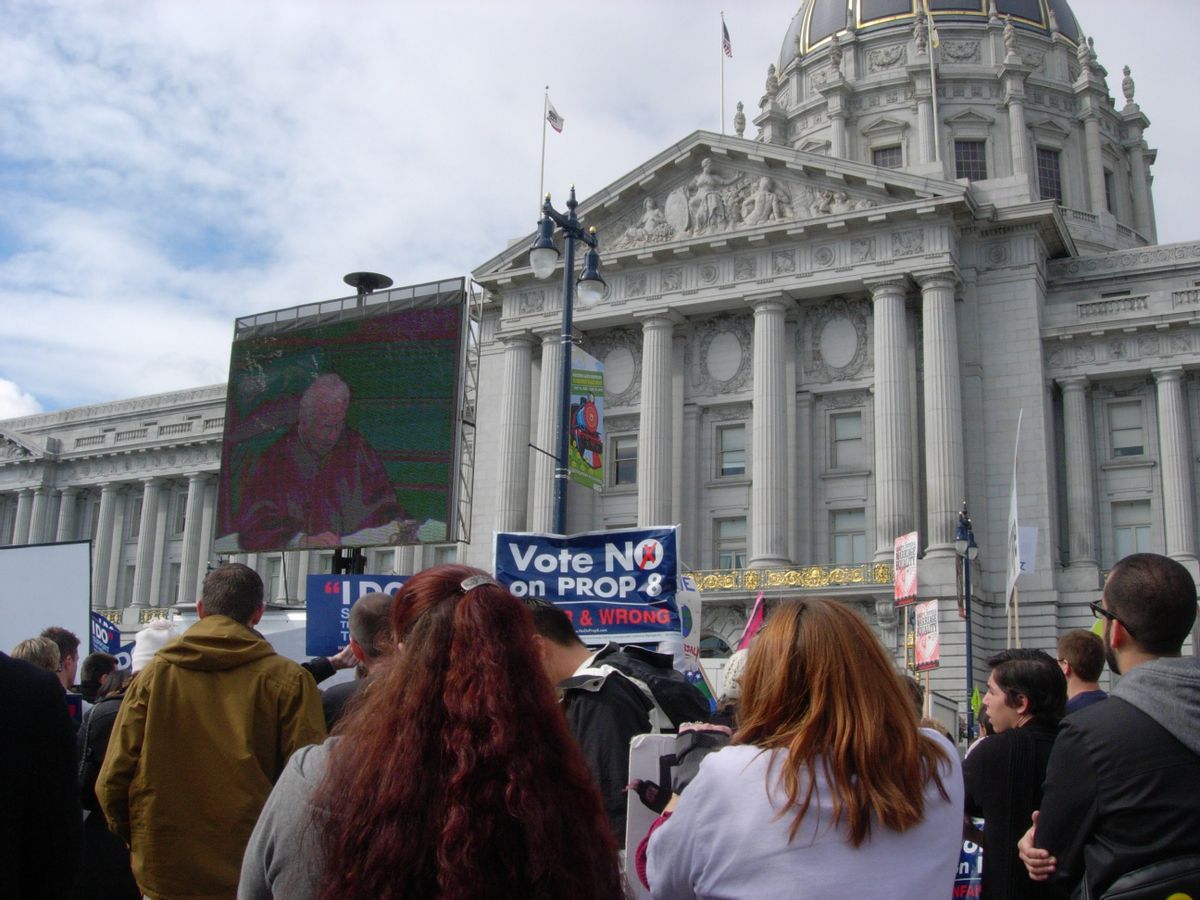 Prop 8 protesters gather outside the California Supreme Court in San Francisco to watch proceedings in 2009.
--

The California Supreme Court agreed Wednesday to rule on a question from a federal appeals court mulling the constitutionality of the 2008 ban known as Proposition 8.

The three-judge 9th U.S. Circuit Court of Appeals panel said last month it needs to know if ballot proposition sponsors can step in when the attorney general and governor refuse to defend voter-approved initiatives in court.

The question is pivotal to the future of Proposition 8 because then-Gov. Arnold Schwarzenegger and Gov. Jerry Brown, then attorney general, both declined to appeal a federal trial judge's decision last summer overturning the measure.

Prop 8 sponsors, a coalition of religious and conservative groups, are trying to fill that void. But the 9th Circuit says it's unclear if they have authority to do so.