The atrocities that were under Lanny Davis' nose 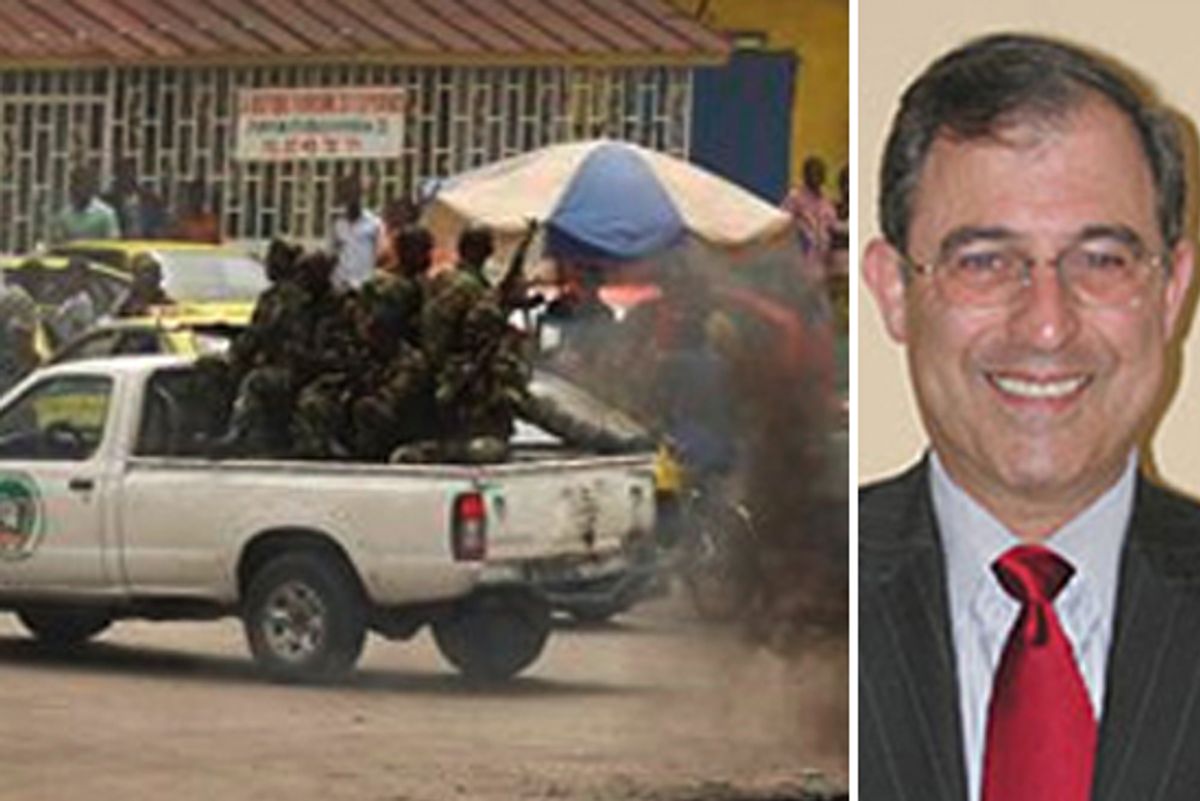 Thanks to some dogged reporting by Human Rights Watch and the Associated Press, we now have a better understanding of the post-election violence that has engulfed the Ivory Coast in the past few months. And the revelation of mass killings by forces loyal to incumbent President Laurent Gbagbo -- who has clung to power by force after losing a U.N.-certified election -- casts comments made last year by Democratic lobbyist Lanny Davis in a new light.

To summarize: Just as Davis was assuring the American press that his client, Gbagbo, opposed violence, Gbagbo's forces were in fact mounting a campaign of organized violence against the opposition, the new evidence shows.

Here's a quick review of what happened. Gbagbo, the president of 10 years, lost the Nov. 28 election to opposition leader Alassane Ouattara. Even though Ouattara was recognized as the winner of a legitimate election by the entire international community, Gbagbo, with the army on his side, refused to step down. Ouattara has been holed up in a hotel surrounded by security, as Gbagbo has tried to solidify his hold on power (by, among other things, attempting to kick the United Nations out of the country).

It was on this context that the Gbagbo regime, on Dec. 17, hired Davis, who is a partner at the firm Davis-Block, to argue Gbagbo's case in the press and to the U.S. government. Davis' fee was $300,000 for three months, plus expenses. Here's what Davis said at a Dec. 20 press briefing on the crisis, reported by CNN:

"Mr. Gbagbo opposes violence and has authorized me to say he wants a mutual renunciation of violence and calls on Mr. Ouattara to join him on putting the arms down and let's sit down and talk," Davis said.

"He's not saying my way or the highway," Davis said.

According to the AP's new investigation of the morgues in the capital of Abidjan, bodies started arriving on Dec. 1, a few days after the election and the same day that the electoral commission was to announce Ouattara the winner. The AP characterizes what happened in the weeks after the election as "mass killings" of opponents of Gbagbo and notes that "[d]ozens of victims were seen dragged from their homes and forced into official vehicles." Meanwhile, government "minders" are currently stationed outside morgues to prevent families from picking up bodies of loved ones. And authorities have barred autopsies on bodies with bullet wounds, according to the AP.

A Human Rights Watch investigation concluded that Gbagbo's security forces as well as pro-Gbagbo militias carried out "an often-organized campaign of violence targeting members of opposition political parties" including through "extrajudicial killings, forced disappearances, torture, and rape." One HRW official used the phrase "reign of terror." Two of the biggest spikes in violence came after the election on Dec. 2 and after a protest march on Dec. 16 -- both before Davis took on the Ivory Coast account. It's also worth noting that there were contemporaneous reports on violence by Gbagbo's forces at the time, though they were not as extensive as the new investigations.

Davis ultimately dropped the Gbagbo account after media scrutiny -- including from Salon -- and after, Davis said, Gbagbo would not take a call from President Obama.

I sent Davis the new AP story and asked him for a reaction. He e-mailed:

"Even though I no longer represent the Ivory Coast, having resigned on December 29, 2010, after 10 days, I am still unable to comment on current reports."

PJ Crowley, spokesperson for the Department of State, on January 1, 2011 explained my role fully and stated my behind-the-scenes role was "helpful," for which I was grateful.

It is also a matter of public record that much of my time during the 10 days I represented Ivory Coast was spent trying to facilitate a phone call from President Obama to Mr. Gbagbo to help find a peaceful solution. I knew the president had tried to call Mr. Gbagbo twice and was unable to get through. When I could not be successful in helping the State Department facilitate that call, I realized I had no choice but to resign, as I stated in my resignation letter of December 29 to the Ivory Coast Ambassador.