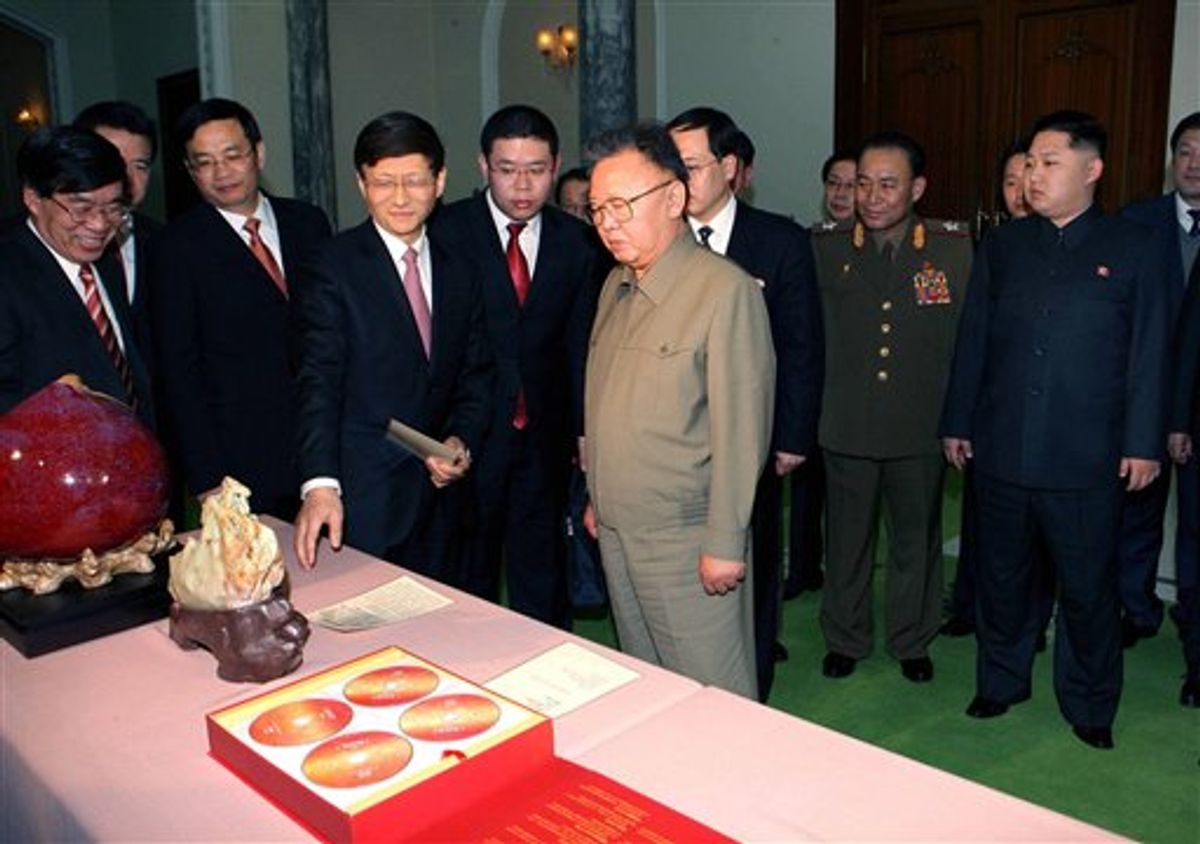 Kim Jong Il celebrated his 69th birthday yesterday in less than lavish style. (Records show that it was actually the North Korean president's 70th birthday, but the official announcement said 69.) With lanterns hung on the streets of Pyongyang, the nation prepared to receive their annual gift from their leader. This year, Kim Jong Il had promised every citizen a day's worth of food but failed to deliver. According to the AP:

In the past, Kim has marked his birthday by handing out luxury items and other goods meant to cement loyalty. This year, however, there were signs the country was skimping on the usual largesse and saving up for next year's 100th anniversary of North Korean founder Kim Il Sung's birth. The North is eager to make good on its promise to build a "powerful, prosperous" nation by 2012.

Instead, there was synchronized swimming and a dance party that looks, frankly, surreal. Other items on the weeklong schedule of fun include ice-skating, music shows, and exhibitions of Kimjongilia, a flower named after the leader.

For more on North Korea's eccentric leader, check out this blog devoted to Kim Jong Il looking at things.