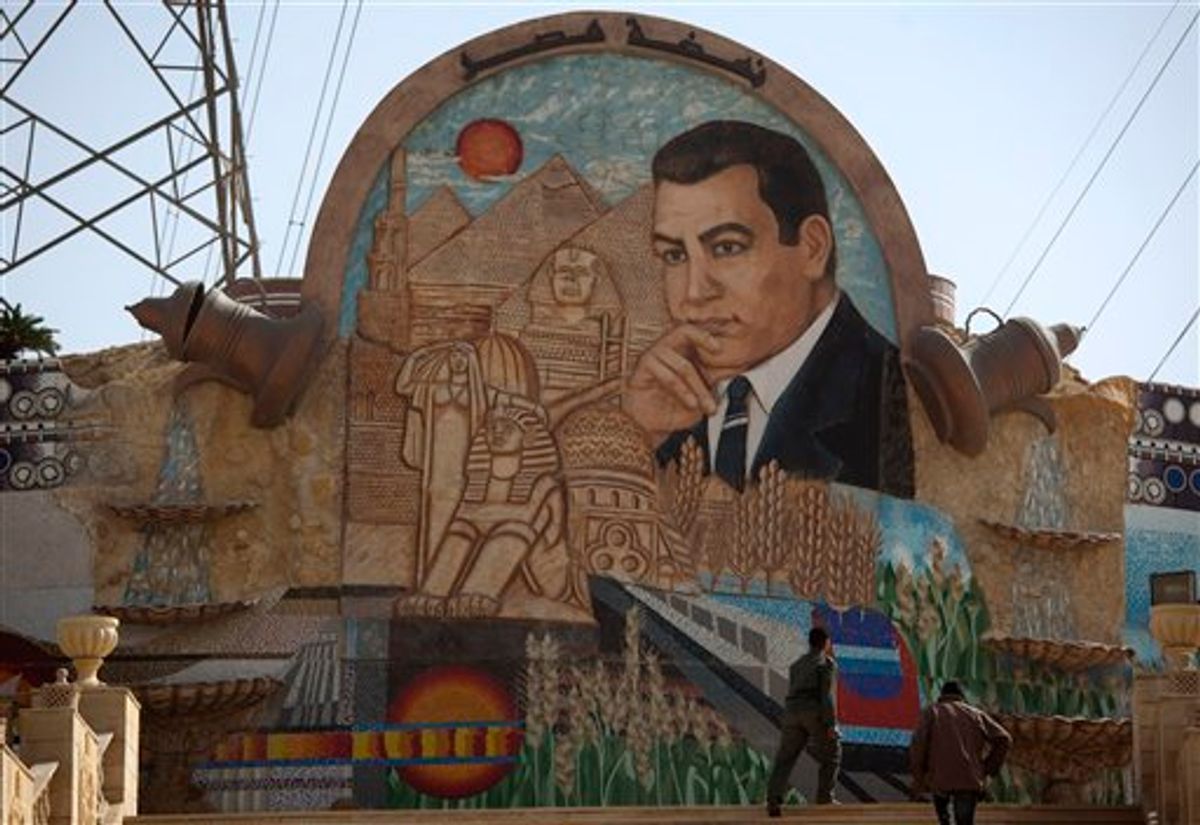 An Egyptian soldier walks up steps next to a stone mural with an image depicting former Egyptian President Hosni Mubarak on the outskirts of Cairo, Egypt, Tuesday Feb. 15, 2011. On Tuesday, the Armed Forces Supreme Council said a panel of experts would craft constitutional amendments to allow free elections later this year. (AP Photo/Emilio Morenatti) (AP)
--

Labor unrest unleashed by Hosni Mubarak's ouster flared again Wednesday in Egypt despite a warning by the ruling military that protests and strikes were hampering efforts to improve the economy and return life to normal.

Hundreds of Cairo airport employees protested inside the arrivals terminal at Cairo International Airport to press demands for better wages and health coverage. Their protest did not disrupt flights.

In the industrial Nile Delta city of Mahallah al-Koubra, workers from Egypt's largest textile factory went on strike over pay and calls for an investigation into alleged corruption at the factory, according to labor rights activist Mustafa Bassiouni.

Mahallah in April 2008 witnessed the country's largest protests in decades, when demonstrators seeking better pay and a check on rising food prices. The youth movement behind the Mahallah protest then was a key player in the 18 days of anti-Mubarak protests that broke out Jan.. 25 and eventually forced the longtime authoritarian leader to step down.

In Port Said, a coastal city at the northern tip of the Suez canal, about 1,000 people demonstrated to demand that a chemical factory be closed because it was dumping waste in a lake near the city.

The stock market has been closed for the past three weeks and, again, there was no word on when it would resume operating. The market lost nearly 17 percent of its value in two tumultuous sessions in late January before it was ordered shut to halt the slide.