Targets of Chamber of Commerce fight back 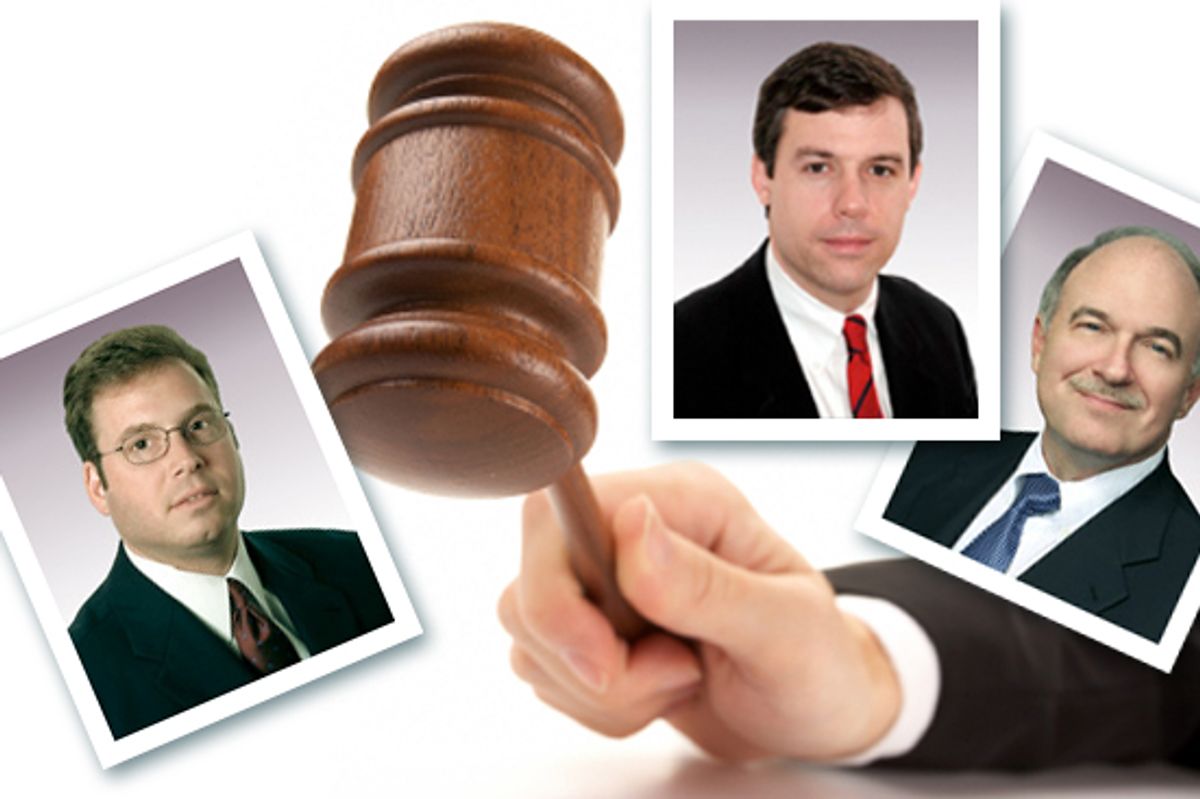 Three attorneys at Hunton & Williams, the international law firm that is implicated in a scheme to attack WikiLeaks and critics of the Chamber of Commerce, will be hit with bar complaints next week by anti-Chamber activists who were targeted in the scheme.

"It's a powerhouse law firm and if they're allowed to deal in this kind of illegal activity, what do ethics in the law mean?" asks Kevin Zeese, attorney for the group StopTheChamber.com. "These guys are openly talking about potentially criminal activities -- invading privacy, moving toward libel and slander and defamation of character -- by creating forged documents, tricking us to putting them out, and accusing us of putting out disinformation."

Remember, Hunton is the law firm for the Chamber that worked with three technology firms to develop plans to undermine critics of the business group by various forms of subterfuge (see the proposal about creating false documents that would be used to discredit Chamber critics here). The Chamber has disavowed any knowledge of the proposal, but Hunton has persistently declined to comment.

In one exchange of e-mails that has been seized on by Stop The Chamber's Zeese, Hunton attorney John Woods wrote to Aaron Barr, CEO of HBGary Federal, one of the tech firms:

If you really want to impress Richard [Wyatt], I would look at the following web-site and tell him something about the guys behind it:

That link goes to Stop the Chamber's website. Richard Wyatt is another attorney at Hunton who has represented the Chamber in the past. Hunton and the three attorneys who are linked to the case have declined to comment since hacked e-mails detailing the firm's role in the planning were published last week.

Zeese says he plans to file complaints with the D.C. bar against Woods, Wyatt and a third attorney, Bob Quackenboss, on Monday. He says Stop the Chamber will ask "for action up to and including loss of bar license." The D.C. bar has a primer on the complaint process here, which explains that misconduct can include "dishonesty and deceit." (The rules of professional conduct are here.) Disbarment appears to be the strongest possible punishment.

For more background on the full role of Hunton & Williams, read my in-depth story on the firm here. I've asked the firm for comment on the bar complaints, and will update this story if I hear back.

In a separate development today, the union SEIU announced a study of server logs showing that Hunton employees spent 20 hours on the SEIU's website in November when some of the anti-Chamber planning -- including against SEIU -- occurred.