Bill Clinton sent emails while president -- 2 of them! 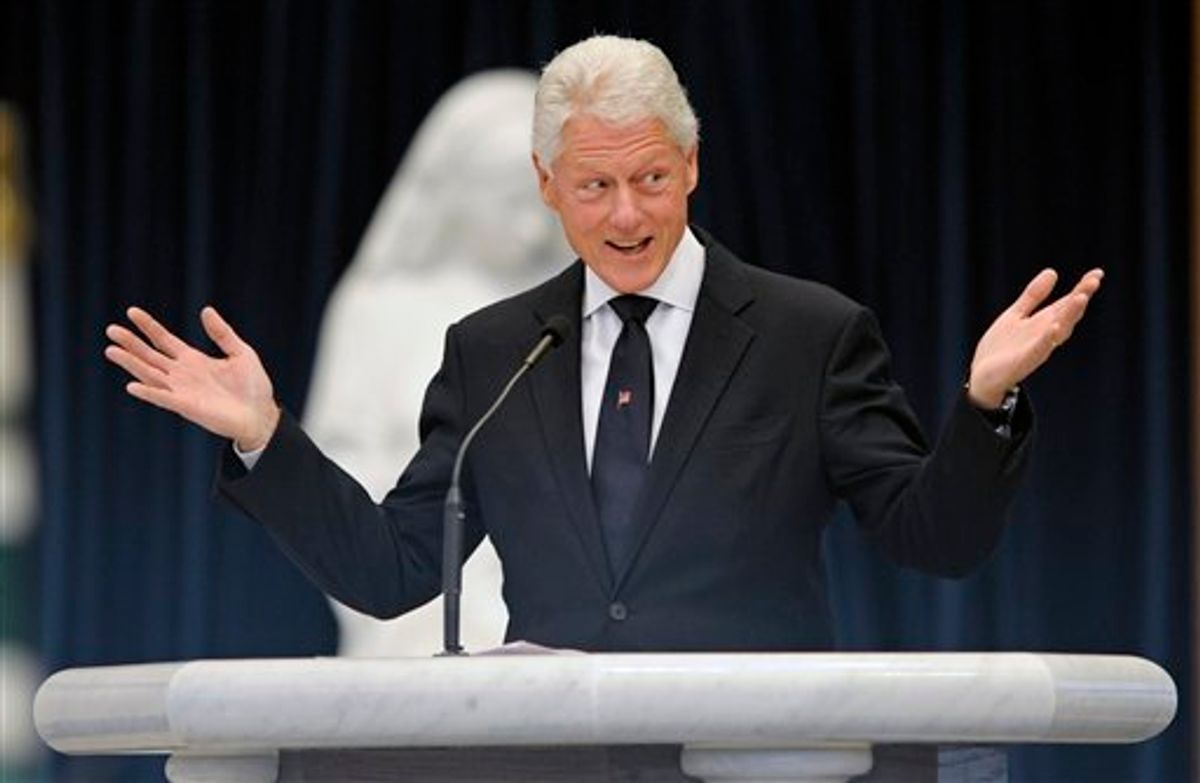 Former President Bill Clinton speaks during the funeral mass for R. Sargent Shriver at Our Lady of Mercy Parish in Potomac, Md., Saturday, Jan. 22, 2011. Shriver, an in-law of the Kennedys, and the first director of the Peace Corps, died Tuesday. He was 95. (AP Photo/Cliff Owen/Pool) (AP)
--

Bill Clinton did many things while president. He enacted the North American Free Trade Agreement. He reformed the nation's welfare policy. He got impeached. He created a budget surplus. And then he left office with a higher approval rating than any president since World War II.

Bill Clinton did not send many emails during this period of time. In fact he sent only two, according to a surprise talk he gave at today's Wired for Change conference at the Ford Foundation in New York:

I sent a grand total of two emails as president: one to our troops in the Adriatic, and one to John Glenn when he was 77 years old in outer space. I figured it was OK if Congress subpoenaed those.

Here's the "electronic message" Bubba sent to John Glenn. It's now printed in a book.