Rep. Cliff Stearns should get a special award for the brazen politics of his amendments to the House budget plan 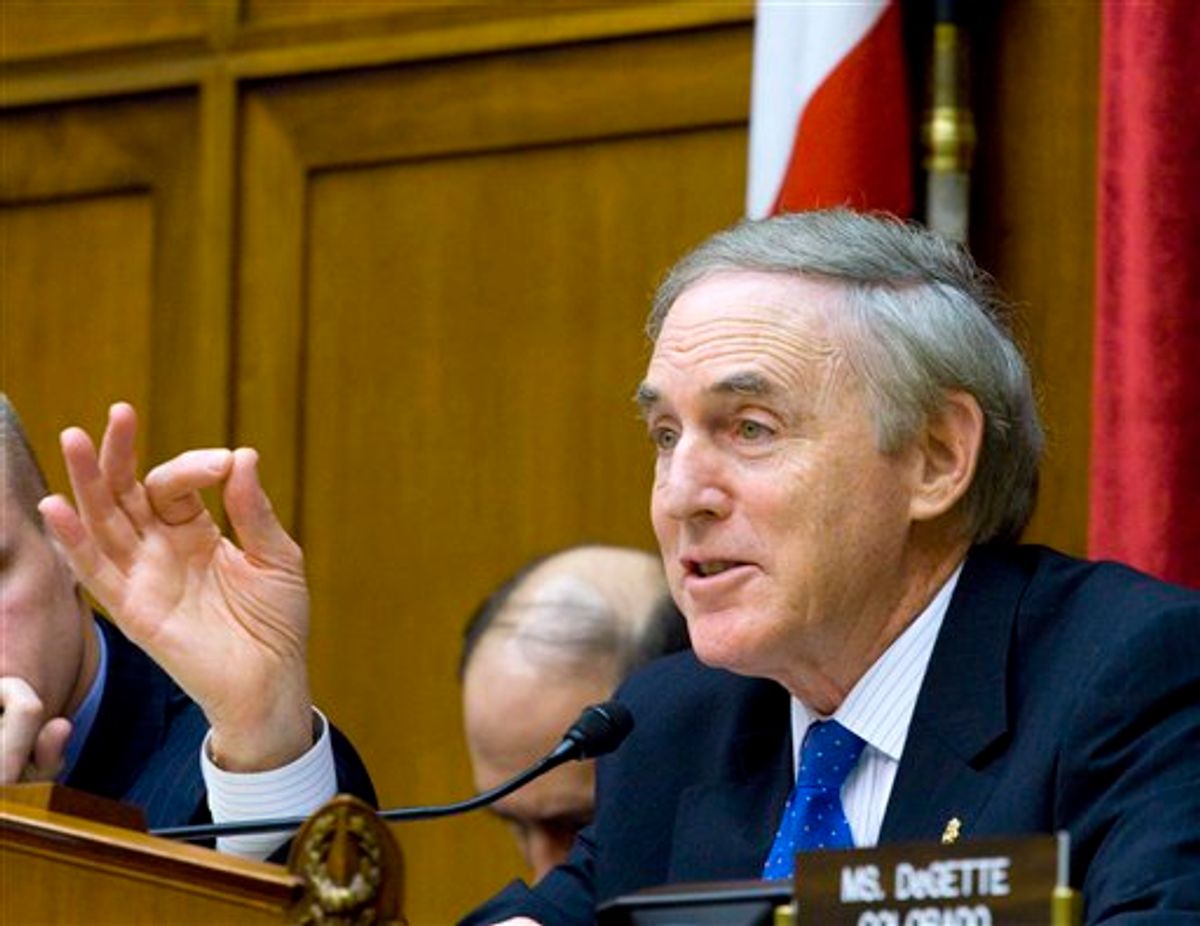 In keeping with House Speaker John Boehner's commitment to run an "open" house, all 583 proposed amendments to HR 1, the Republican spending plan, have been posted online. This has caused much merriment among political reporters vying to unearth the most ridiculous amendment -- such as Arkansas Republican Steve Womack's proposal to eliminate funding for President Obama's teleprompter (which he later withdrew, on the specious grounds that " he wasn't able to get an estimate on how much it would save.")

The competition is tough in this category, and I have yet to review all 583 amendments, but in the early going there is a clear contender -- Republican Cliff Stearns, who has the honor of representing a district in north-central Florida where many of my dearest friends and family reside.

Amendment No. 8 --Rep. Stearns (R-FL): The amendment would restrict funds made available in this Act from being used for the design, renovation, construction, or rental of any headquarters for the United Nations in any location in the United States.

Amendment No. 9 -- Rep. Stearns (R-FL): The amendment would restrict funds made available by this Act from being used to implement the Report and Order of the Federal Communication Commission relating to the matter of preserving the open Internet and broadband industry practices.

Amendment No. 10 -- Rep. Stearns (R-FL): The amendment would prohibit funds made available by this Act from being used to regulate or classify coal combustion residuals as a hazardous waste or material.

Amendment No. 429 -- Rep. Stearns (R-FL): The amendment would prohibit any funds made available by this Act from being used for the payment of attorney's fees or other legal expenses of any former senior executive officer of the Federal National Mortgage Company or Federal Home Loan Mortgage Corporation.

What do these four amendments have in common, besides having no relation to anything that is going on Stearns' district? (North Florida, last I heard, is not a center of coal mining activity.) How about this: They have absolutely nothing to do with fiscal responsibility, and everything to do with Stearns' partisan politics.

Cliff Stearns has waged war against the United Nations for years -- in his ideal scenario, all U.S. funding for the U.N. would be cut. The FCC amendment is a shot fired against the FCC's efforts to maintain network neutrality and push for universal broadband access. The amendment referring to "coal residuals" -- aka "coal ash" -- is just one more Republican attempt to block the EPA from cracking down on noxious coal industry pollution. The ban on legal aid to senior officers of Freddie Mac and Fannie Mae is best understood as a symbolic gesture in keeping with GOP efforts to demonize the two mortgage lending agencies as the prime cause of the financial crisis.

Every legislator in Congress, Democratic or Republican, has a pet issue or two to push. But Cliff Stearns is special, both in the obviousness of his agenda, and his failure to achieve it. As the Florida Times-Union reports, the vast majority of Stearns' bills "go nowhere." Is it any wonder?