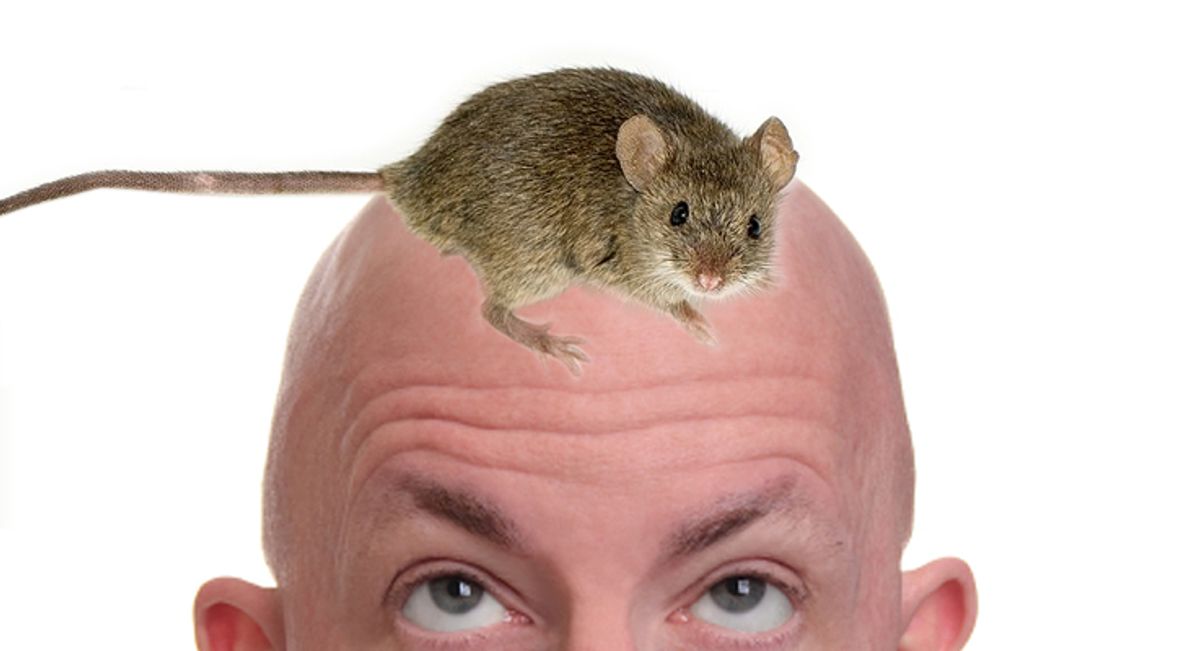 Scientists should probably do more hormone therapy experiments. If they keep accidently finding cures for things like baldness, that is.

A team of researchers at U.C.L.A. stumbled upon a chemical compound they'd hoped would block stress but found that it unexpectedly caused the mice to regrow lost hair. Genetically modified to produce an excess of a stress hormone that also caused baldness, the mice regrew full coats and -- this is important -- kept the hair once treatment stopped. Current hair loss remedies like minoxidil (Rogaine) require regular use and see only limited hair regrowth. The compound, a peptide called astressin-B, also affected the skin pigment in the mice and could potentially be used to treat grey hair.

The scientists are quick to point out that the effects of the compound on mice might not work on people, and even if it does, developing a treatment for humans would take years. Further, the dermatology and hair loss community is duly skeptical of the results, claiming that the effects would likely only apply to stress-related hair loss.

Of course, these kinds of "breakthroughs" happen not infrequently. A team of German researchers also found a potential baldness cure related to stem cells, recently. And then there are the natural remedies. The internet alone offers about a million home remedies including castol oil, rosemary, aloe vera, and something called bhringaraj. Experiment at your own risk.