Huffington Post fires back at Stephen Colbert with new site

After Colbert whined about Arianna reblogging his video of The Colbuffington Re-Post, HuffPost hijacks his site 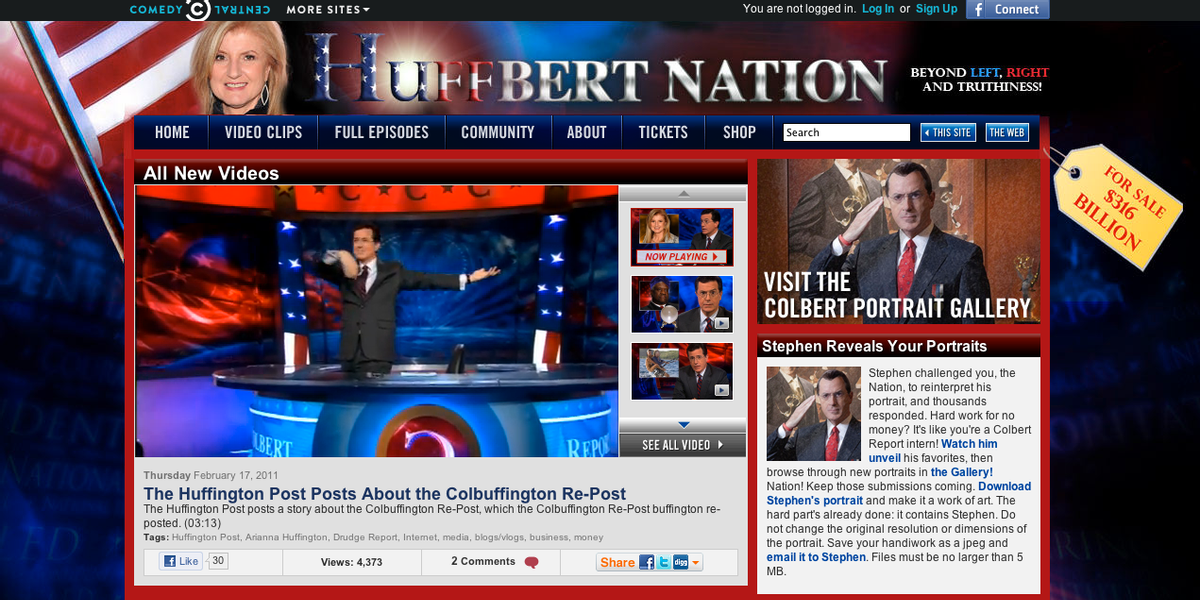 Colbert followed up with a complaint that HuffPost yet again recycled his content by posting his video. And then things get really confusing:

If you were to click on the link to the Colbuffington Re-post re-re-post of the Huffington Post post about the re-post you would rip a hole in the blog-time continuum.