When regulating the financial sector, even progressive heroes are forced to rely on Wall Street's help 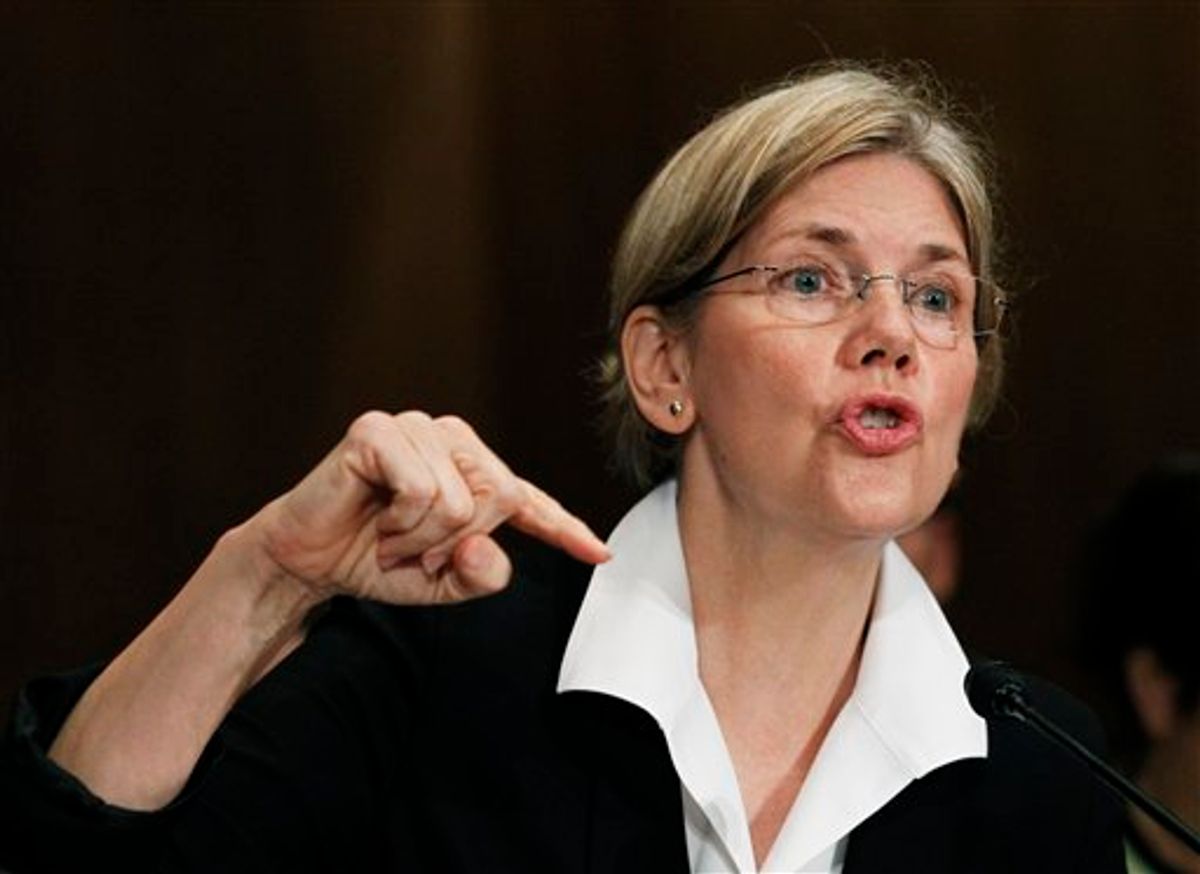 A funny thing happened this morning. Normally, when the Obama administration hires someone who happens to hail from Wall Street, my Twitter stream erupts with snarky comments about how the latest move is yet one more piece of evidence that the banksters own the White House. Case in point: The decision to appoint J.P. Morgan executive William Daley as White House Chief of Staff.

But so far as I can tell, the Thursday announcement by Elizabeth Warren that she is appointing two former Wall Street bankers and a former Freddie Mac official to top positions at the Consumer Financial Protection Bureau hasn't elicited a single peep.

We've known and worked with Elizabeth in many capacities for years," Financial Services Roundtable Senior Vice President Scott Talbott said, adding that both Ms. Vale and Mr. Date are talented and very experienced.

"Building a team to develop smarter financial regulations means hiring top-notch leaders with a wide range of experiences," announced Warren. One could easily imagine Timothy Geithner or Barack Obama saying exactly the same thing and getting mocked for it.

Maybe the reason why commentary is muted is that progressives trust Warren to do the right thing. But the more obvious lesson to draw from this is that it is very very difficult to manage the financial sector without depending on talent drawn from the belly of the beast.

In related news, The New York Times reports that Warren's bureau has gone on a hiring spree and as of late January had 100 employees. However, the House spending plan currently getting hashed out includes a proposal to cut the CFPB's funding by half and a Democratic amendment to restore such funding was handily voted down on Thursday night. Whatever emerges from the House must be approved by the Senate -- it will be very interesting to see how hard the White House fights to keep one of its proudest achievements fully funded.