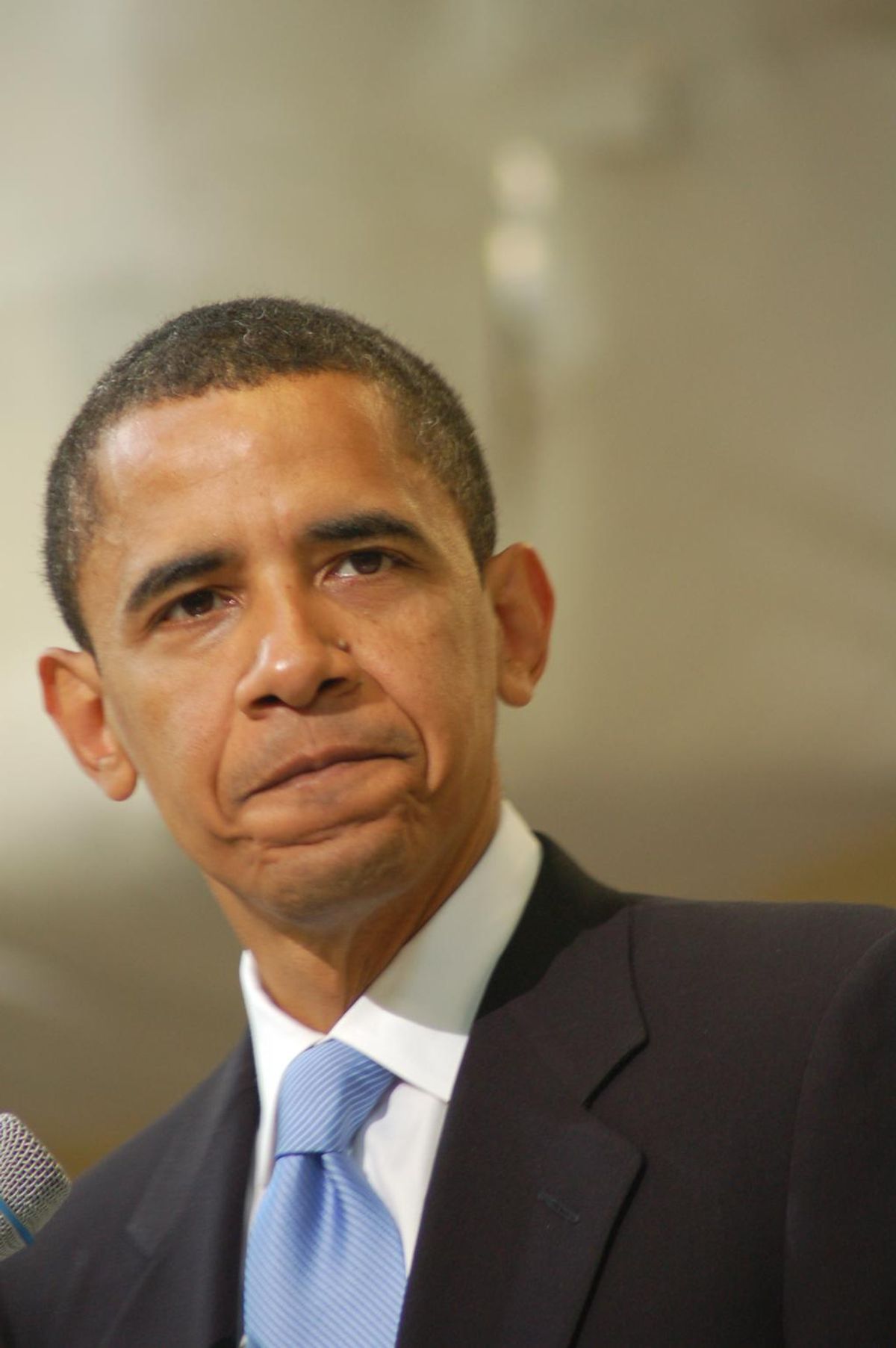 In rapid-fire action Friday, the Republican-controlled House voted to strip federal money from President Barack Obama's health care overhaul and from Planned Parenthood and to bar the EPA from issuing global warming regulations.

Upping the ante in the budget faceoff, the Obama administration warned that workers who distribute Social Security benefits might be furloughed if congressional Republicans force cuts in government spending.

In a letter the Social Security Administration sent to its employees' union, agency officials said that while no decision about furloughs had been made, they were possible "given the potential of reduced congressional appropriations."

The letter was circulated by congressional Democrats, who said such cuts could mean shuttered Social Security offices and delayed benefit payments. The letter's distribution by Democrats underscored how the threat of jeopardizing Social Security payments is a potent political weapon.

GOP lawmakers accused Democrats of "irresponsible scare tactics," and said their proposed cuts would not affect benefits or force the Social Security Administration to close offices. Any furloughs "would result only if that decision were made by the administration," House Ways and Means Committee Chairman Dave Camp, R-Mich., said in a written statement.

Republicans are pushing a huge spending bill through the House that would impose deep cuts on domestic programs.

The overall bill is the first step in an increasingly bitter struggle between Democrats and Republicans over how much to cut federal agencies' funding over the second half of the budget year that ends Sept. 30. Current funding runs out March 4 and a temporary spending bill will be needed to avoid a government shutdown.

Republicans say the legislation would pare Social Security's administrative budget by $125 million from current levels plus another $500 million from a reserve fund. Democrats say the cut would leave the agency with $1.7 billion less than Obama requested.

Much of Friday's focus was on GOP efforts to block implementation of Obama's health care overhaul, which dominated Congress' work in 2009 and was enacted last year. An amendment by Rep. Denny Rehberg, R-Mont., to block the health care overhaul money was approved by a 239-187 vote.

The GOP has virtually no chance of killing the law because of support for the program from Obama and the Democratic-run Senate, but House Republicans have been trying relentlessly to chip away at it.

"It's a law designed by those who wish to control every health care decision made by health care providers and patients, by every employer and employee, by every family and individual," Rehberg said.

In Friday's action, Republicans muscled through a proposal to block federal aid to Planned Parenthood by a 240-185 vote and won bipartisan support to reverse a proposed Obama administration rule that seeks to crack down of for-profit colleges and vocational schools. A proposal by Texas Republican Ted Poe to strip the Environmental Protection Agency of its authority to issue regulations on global warming passed by a 249-177 vote.

Taken together, Friday's developments pushed the GOP-dominated House and the president even further apart as a March 4 deadline looms. It may make it more difficult to reach agreement if House Republicans become wedded to positions opposed by Obama and the Democratic-led Senate.

With a government shutdown possible if the spending measure isn't extended at least temporarily, House Speaker John Boehner, R-Ohio, inflamed the situation Thursday by insisting that the GOP-controlled House would refuse to approve even a short-term measure at current spending levels.

"Read my lips: We're going to cut spending," Boehner declared. Democrats immediately charged that Boehner was maneuvering Congress to the precipice of a government shutdown.

The GOP would reduce spending to about $60 billion below last year's levels, mixing an increase of less than 2 percent for the Pentagon with slashing cuts averaging about 12 percent from non-Pentagon accounts. Such cuts would feel almost twice as deep since they would be spread over the final seven months of the budget year.

The Environmental Protection Agency and foreign aid accounts would be especially hard hit, while GOP leaders orchestrated just a modest cut to Congress' own budget.

Some of the most politically difficult cuts, to grants to local police and fire departments, special education and economic development grants, were reversed. Amtrak supporters easily withstood an attempt to slash its budget.

But with the fiscal framework of the measure already saddled with a veto threat, Republicans mounted an assault on the administration's regulatory agenda. By a 244-181 tally Thursday, Republicans voted to block the Federal Communications Commission from enforcing new rules that prohibit broadband providers from interfering with Internet traffic on their networks. The new "network neutrality" rules are opposed by large Internet providers.

Republicans then moved, on a 250-177 vote, to stop the Environmental Protection Agency from imposing limits on mercury pollution from cement factories. Supporters said the new rules would send American jobs overseas, where air quality standards are more lax or non-existent.

Republicans also turned back Democratic attempts to boost funding for the Securities and Exchange Commission and the Commodities Futures Trading Commission, whose budgets would be cut sharply under the measure, to pay for responsibilities added in last year's overhaul of federal financial regulations.

Rep. Mike Pence, R-Ind., a strong foe of abortion, sponsored the amendment to block Planned Parenthood from receiving any federal money. The organization provides a variety of women's health services.

"It is morally wrong to take the taxpayer dollars of millions of pro-life Americans and use them to fund organizations that provide and promote abortion, like Planned Parenthood of America," Pence said.

The debate over cutting off taxpayer funding of Planned Parenthood Thursday night became heated at times. Rep. Christopher Smith, R-N.J., read a description of a graphic abortion procedure on the House floor, prompting Rep. Jackie Speier, D-Calif., to deliver an emotional retort in which she acknowledged having the procedure herself as her 17-week pregnancy was failing.

"For you to stand on this floor and to suggest as you have that somehow this is a procedure that is either welcomed or done cavalierly or done without any thought is preposterous," Speier said.

Democrats said Planned Parenthood provides much-needed access to contraception, medical exams and counseling to women and that federal law already prohibits the use of government funds for abortions in most circumstances.