Sit outside the U.K. embassy in a tent making a painting of Will and Kate. Don't eat. Just hope. Like this girl 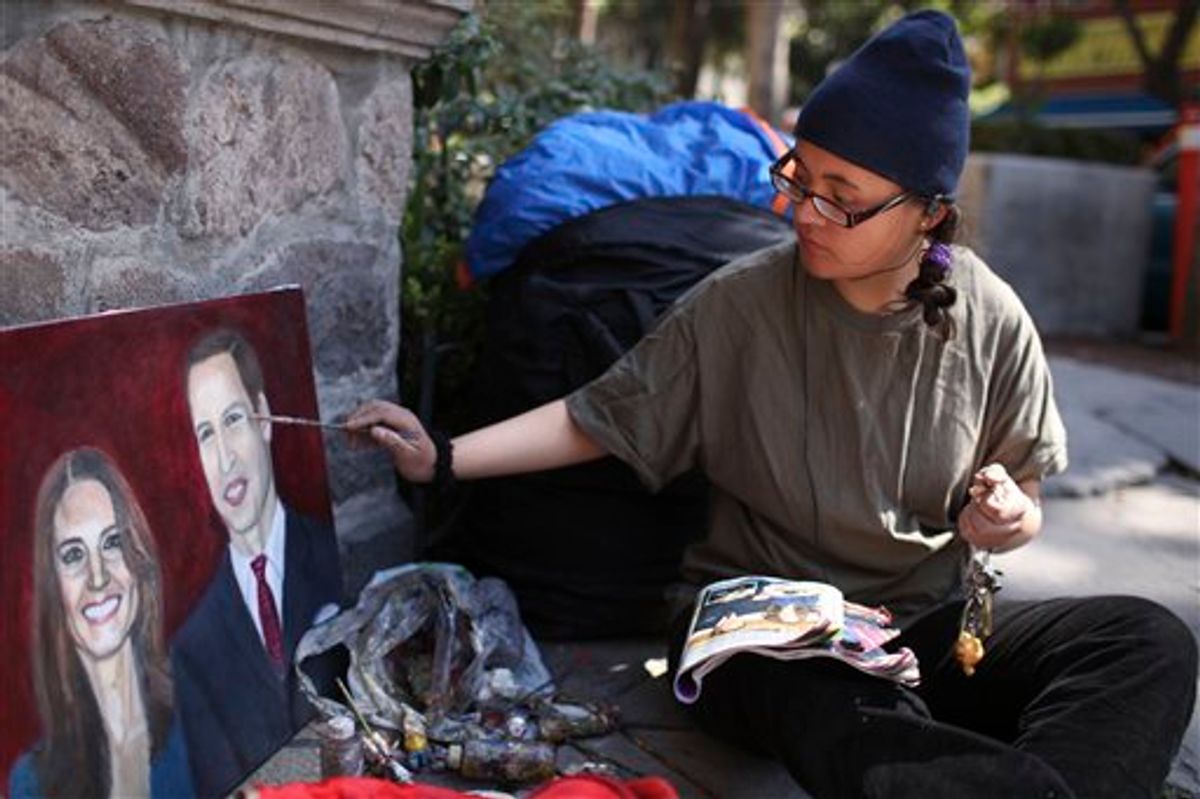 Estibalis Chavez paints a portrait of Britain's Prince William and Kate Middleton in front of the British Embassy in Mexico City, Friday Feb. 18, 2011. Chavez, 19, who says she has a childhood dream to attend a royal wedding, claims she has been on a hunger strike for nine days and will continue her fast camped out in front of the embassy until she gets an invitation to attend the royal wedding of William and Kate. According to a statement from the British embassy in Mexico, Buckingham Palace is aware of Chavez's hunger strike but no invitation will be extended to her. (AP Photo/Alexandre Meneghini) (AP)
--

Determined to get an invitation to the royal wedding of Prince William and Kate Middleton, a teen is staging a hunger strike outside the UK embassy in Mexico City. Estibalis Chavez, 19, has not eaten for eight days in hopes that her efforts will win her a place at the wedding. Reuters quoted Chavez saying that her strike is partly owed to her late mother’s admiration of Princess Diana and that she promised her mother she would be at the wedding of princess Diana’s son. But, alas, the AP offered some bad news this afternoon:

According to a statement from the British embassy in Mexico, Buckingham Palace is aware of Chavez's hunger strike but no invitation will be extended to her.

Anticipation is mounting over the royal wedding elsewhere, as well -- a team of U.K. graphic designers has created souvenir "sick bags" and invited citizens to "keep this handy on April 29th 2011." Lydia Leith is selling the bags for £3 each and actually sounds well intentioned. She told Canada's National Post:

A few people seem to think it’s a serious jibe at the monarch but it was only ever intended as a bit of fun. Truth be told, I’m a bit of a fan and have a fair bit of royal memorabilia myself -- including the 1984 royal marriage pencil case which is sitting on my desk in front of me.

Pity we stick to balloons and birdseed at American weddings.