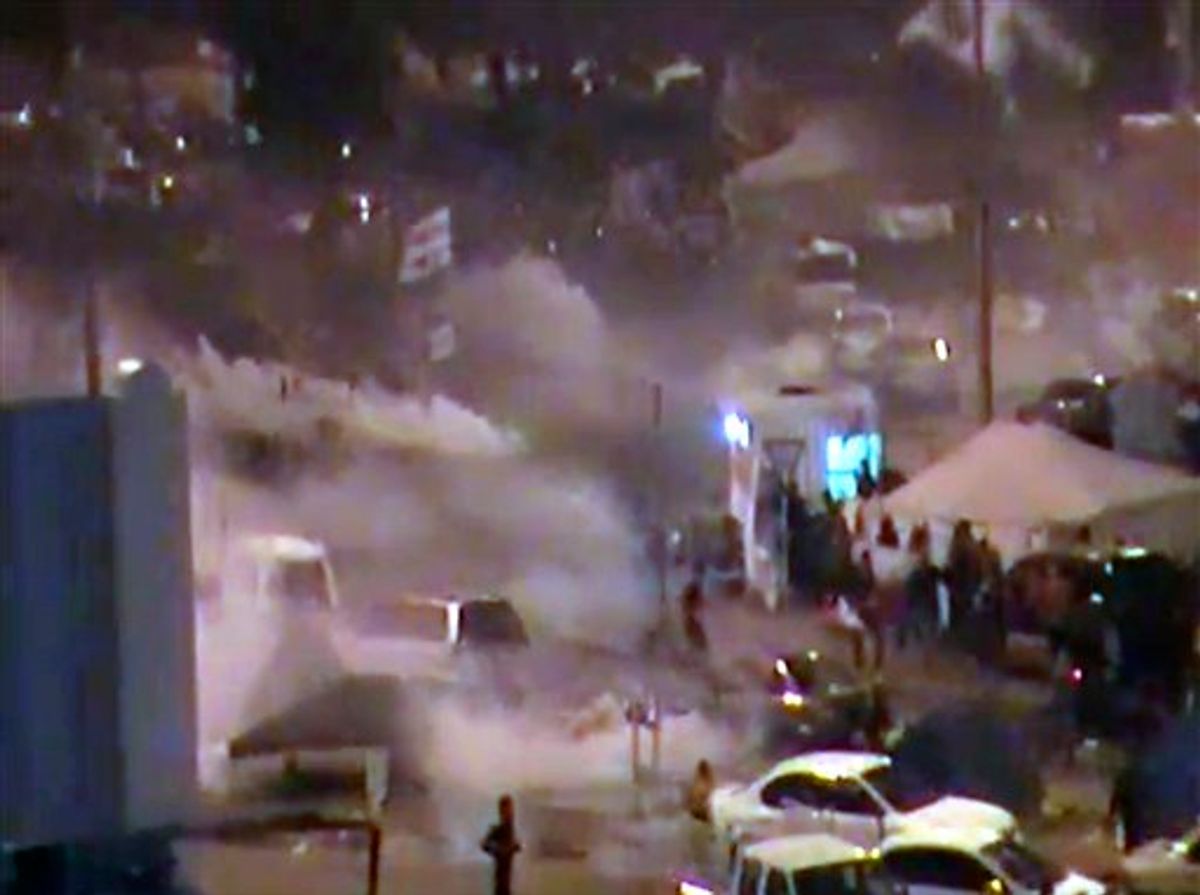 In this image from video riot police firing tear gas and wielding clubs storm Pearl Square occupied by anti-government protesters before dawn Thursday, Feb. 17, 2011 driving out demonstrators and destroying a makeshift encampment that had become the hub for demands to bring sweeping political changes to the kingdom. (AP Photo/Tony Mitchell, HO) (AP)
--

Egypt's precedent of non-violent protest has sparked waves of political action throughout the region, including in the tiny gulf country of Bahrain. But as we are quickly learning, Bahrain is not Egypt, and Bahraini riot police are obliterating hopes for peaceful resolution. Early Thursday morning police launched a pre-dawn assault in Pearl Square at the center of Bahrain's capitol, Manama, beating men and women in their sleep and launching tear gas attacks on startled anti-government protesters. Bahraini Foreign Minister remarked that the crackdown in Pearl Square was "regrettable," but nonetheless necessary in order to stamp out a revolution and regain control. There are currently five reported deaths and over 200 injuries. Bahraini anti-government demonstrators take an injured protester to a hospital in Manama, the capital of Bahrain.  (AP/Hassan Ammar) Bahraini women wait for news from victims being treated in a hospital. (AP/Hasan Jamali) The body of a person killed during clashes between demonstrators and police lies in the street in Manama. (AP) An injury sustained by discarded tear gas canisters, which were littered across the streets after police spread protester camps with tear gas.  (Flickr/Al Jazeera English)