Romney, Pawlenty battle for the love of the National Review 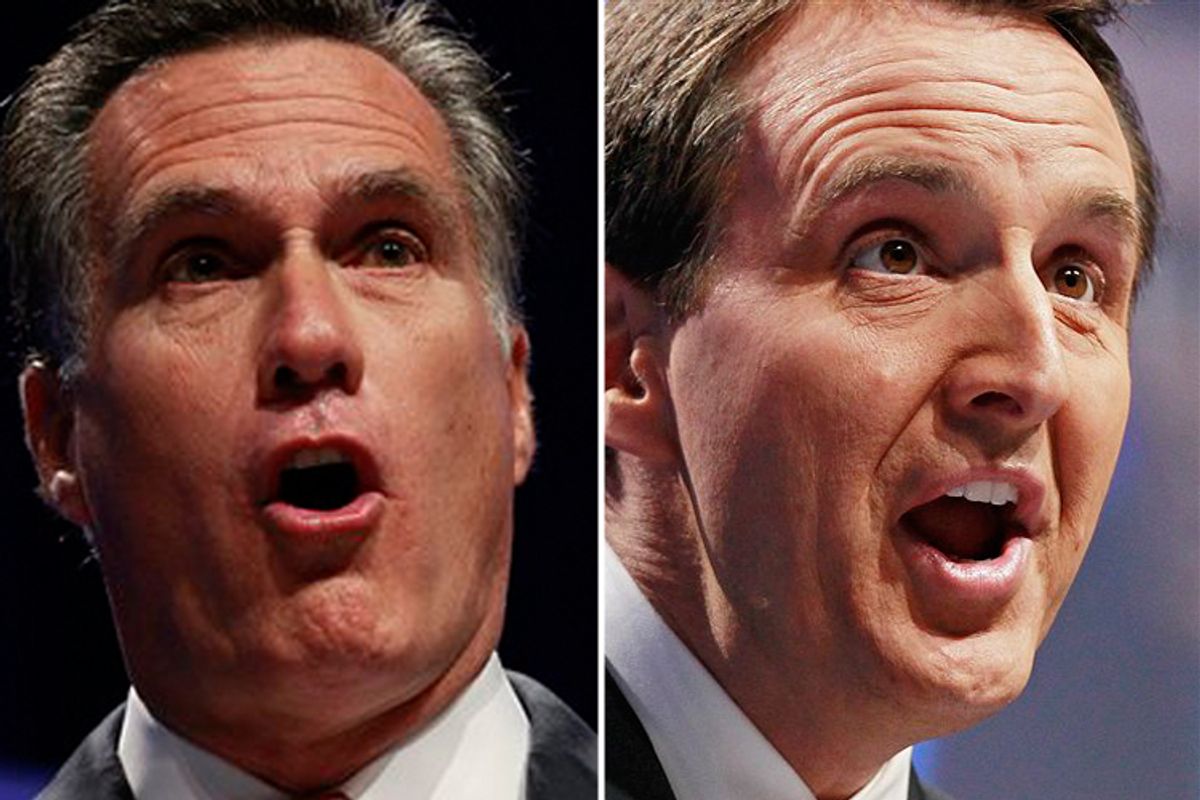 Former Minnesota Governor Tim Pawlenty and Former Massachusetts Governor Mitt Romney lead the GOP field in trips to Iowa and New Hampshire and now they're duking it out at the National Review, where the editors picked Romney in 2007, but may be looking to upgrade to the younger, less healthcare reformy model.

So, Pawlenty's on the cover, in cartoon form, playing hockey, because one of the very few notable things about Pawlenty is that he played hockey. (And that is only notable to people not from places where everyone plays hockey, like Minnesota.)

The story is written by Ramesh Ponnuru, who is too smart and honest to pretend Pawlenty's chances at winning the nomination are all that great, but the cover is great publicity.

On the electronic pages of the National Review Online, though, Mr. Romney weighs in with his thoughts on how Obama has already injured Israel by floating the idea of issuing a proclamation -- oh, god, who cares, it's just endless blather designed to prove that Mitt Romney is a Serious Presidential Person with Serious Presidential Thoughts about Foreign Policy. (Serious Foreign Policy Thoughts = Obama and the U.N. suck, Israel rules.)

Having the NRO publish your silly op-ed is pretty good for a would-be Republican nominee, but I think a cover story trumps it. Sorry, Mitt. If it makes you feel better, you are still an order of magnitude more likely to win the nomination than Pawlenty. Plus, Mitt's taller. (Also there will simply never be a president from Minnesota.)

Can you imagine these two at a debate, though? I am already sleeping.