"Spousonomics": The economics of a happy marriage 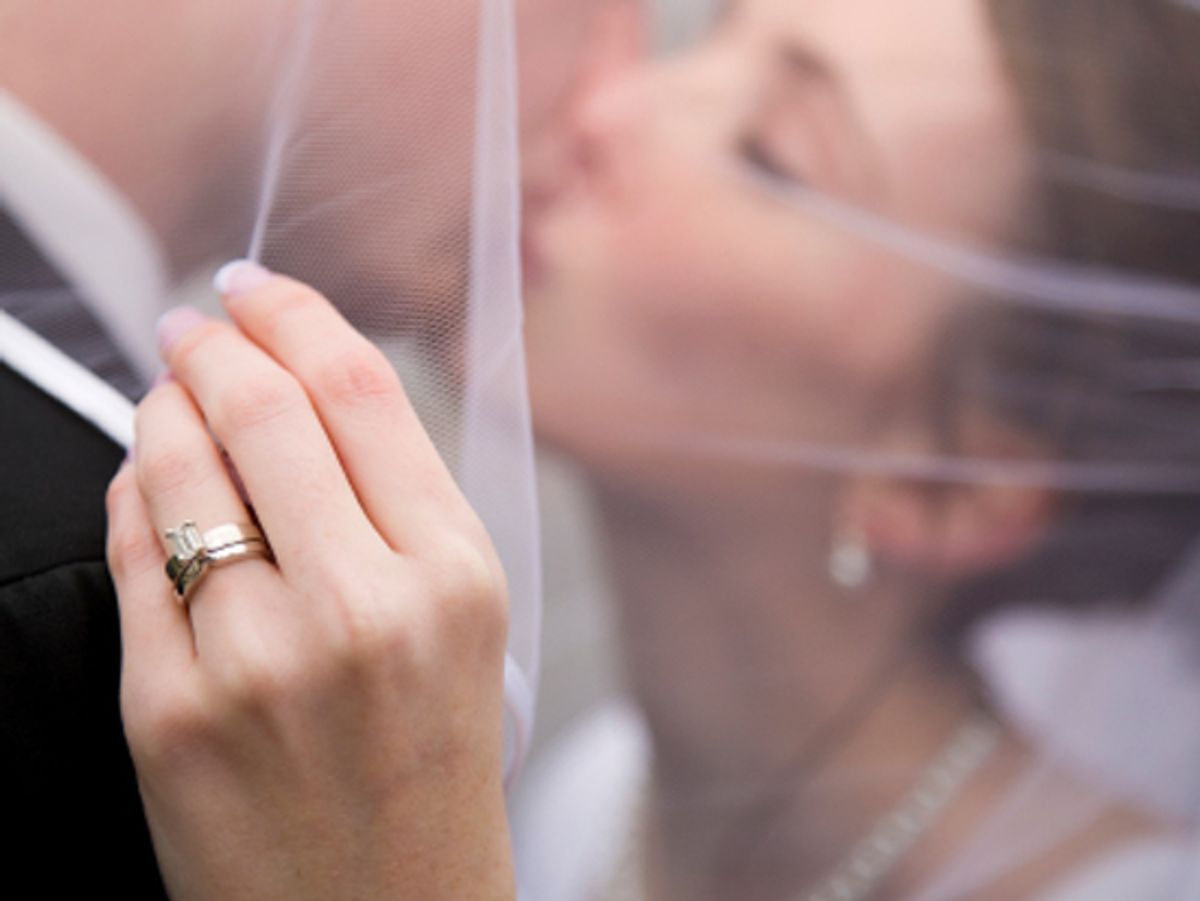 Economics isn't necessarily sexy. But for Paula Szuchman and Jenny Anderson, authors of "Spousonomics: Using Economics to Master Love, Marriage and Dirty Dishes," it's the key to more sex, romance and a happier relationship. Their book derives from the simple premise that each couple is their own economy, and the authors use basic principles -- supply and demand, transparency, division of labor -- to help couples avoid the arguments that can threaten to bring them down: the spats over laundry, childcare and infrequent shagging.

Szuchman, an editor at the Wall Street Journal, and Anderson, a reporter at the New York Times, spoke to hundreds of couples and surveyed even more to come up with the case studies they present in their book. In a crowded genre, their relationship book certainly has an unconventional approach. There's no hand holding and soulful gazing here; "Spousonomics" is for people who appreciate good, old-fashioned logic.

Salon spoke to Paula Szuchman over the phone about the surprising joy of bar graphs, why you should go to bed angry and the benefits of scheduled sex.

Why is the book called "Spousonomics"? Is this part of a naming trend started by "Freakonomics"?

"Freakonomics" definitely spawned something. And this is a new way of thinking about a relationship, ostensibly an easier way of thinking about it. You don't need a "feelings journal" or a "courage log." I think there's something appealing about the debunking nature of "Freakonomics" that showed people how -- if you actually look at what drives people, what motivates people to do what they do -- you can have a better understanding of why we end up in certain situations.

Why did you find economics to be a good approach to relationships?

I had recently gotten married and, like a lot of people, the first year of marriage was hard. We had this argument, and my husband is very visual, so he pulled out a notepad and drew a very simple graph charting the mood of our relationship over time. It was amazing -- our relationship boiled down to a bar graph. It wasn't super-scientific, but we saw that it wasn't all downs. There were some ups, and we thought about how we could get back to those "up" times. It was a practical approach.

I work at the Wall Street Journal, and so I'm mired in finance and economics. It was interesting to see the parallels between some economic terms and my relationship. There were booms and busts.

Doesn't looking at marriage from the perspective of economics take the romance out of it?

What is the romantic solution to constantly arguing about the same thing?

What is surprisingly romantic is strategizing. It's silly to think that we don't strategize as couples -- if we want to go away for the weekend with our girlfriends, we think about it. We think, how can I present it so that it will have the best response? Strategizing can be romantic because it means you're thinking about the other person.

"Go to bed angry" is one of the unusual pieces of advice you give. Can you explain what you mean by that?

We turn a lot of commonplace advice on its head in the book. The economic principle of loss aversion says that we hate to lose even more than we love to win. We really, really hate to lose, and if we sense that we are about to lose we start to act irrationally. That happens to a lot of people when they're arguing -- especially at night, because they're tired, they've had a long day and emotions run high. Before you know it, a little tiff has turned into World War III. You stay up all night trying to win at all costs and in the meantime you're losing sleep. Sometimes staying up all night arguing is the worst thing you can do to resolve that argument.

But if you wake up in the morning having gotten some sleep, you are going to be more clear-headed, and you'll be able to start off with an aim to resolve an argument instead of keeping it going with a blind determination to win.

Guys love that advice, by the way.

Why is that? Is it because it's logical and that appeals to men?

You suggest that couples should have sex a certain number of times each week and one partner shouldn't get to back out. Isn't that kind of harsh?

We're definitely not saying "Do it x number of times a week." We look at a couple who committed to three times a week, but we don't say that's right for everyone. We conducted a study and one of the questions is: Why don't you have enough sex with your spouse? And the No. 1 reason is being too tired. The second or third reason is being too busy. If you go back to the theory that economics is the study of scarce resources, then you have your answer right there. People are tired. They have a certain amount of wakeful hours in a day. You have to go to work, you might have kids, and then sex is the last priority. It can be a lot easier to go to bed than to do one more thing -- have sex. So how do you overcome that?

In economics you lower cost and up demand. The idea is, make it easier, make it less costly to have sex and at the end of a long day, after you've worked and eaten dinner and put the kids to bed, it can feel really costly to have sex because what you really want is to go to sleep. There's all sorts of ways to lower cost. Maybe you do it before you have dinner. Or you make a plan. Don't make each other guess whether or not you're in the mood. Send a clear signal.

Again, is the advice romantic? Maybe not. But have you ever regretted having sex with your partner? Most people would say no. You don't regret it. It ends up being pretty romantic in the end.

You put a high premium on "transparency" in a relationship. Can you talk a bit about what you mean by transparency?

I noticed there were very few couples in your book who weren't heterosexual. How did you choose which couples to include?

We did focus groups around the country, asked friends and friends of friends to get groups of friends together, and we tried to have a large swatch of different ages and demographics -- East Coast, West Coast, and middle of the country. But we did not end up interviewing a lot of homosexual couples. It was just the way it went. We also did a survey that was a lot more randomized, a national survey that looked across all demographics. But maybe that's something for the sequel. Gay marriage-o-nomics.