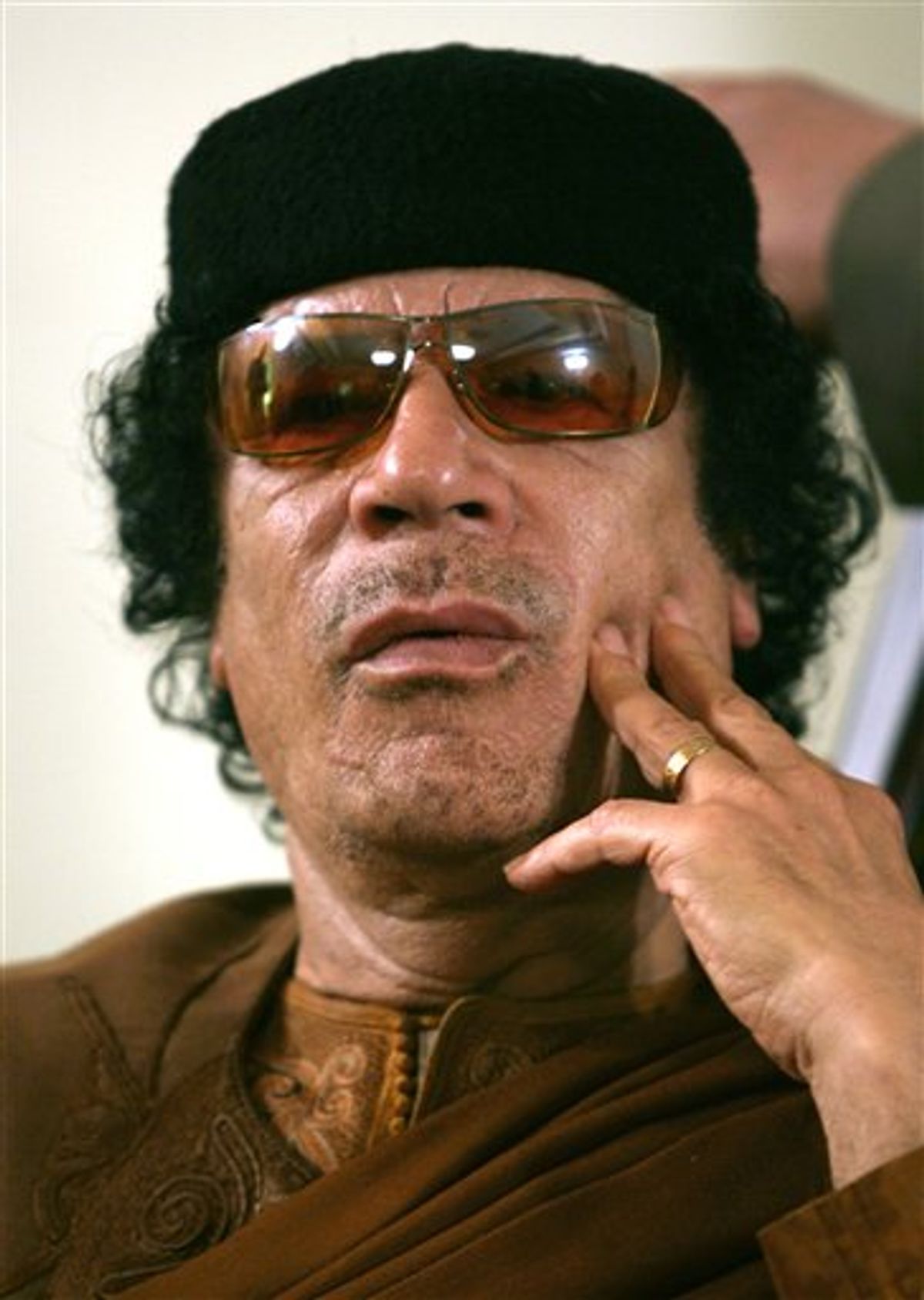 At least 24 protesters have been killed by Libyan security forces during the anti-government protests in the past four days, Human Rights Watch reports.

Inspired by recent revolutions in Tunisia and Egypt, anti-government demonstrations have engulfed five major Libyan cities. Yesterday, protesters instigated a nationwide "Day of Rage," a reference to an infamous day of protest that took place at the beginning of the Egyptian Revolution. Security forces shot into the crowds of peaceful protesters in an effort to disperse them, and then denied medical supplies to hospitals.

Protests have been particularly fierce in the eastern cities of Benghazi and Al-Bayda. This afternoon, Reuters reported that anti-government protesters have seized control of the city of Al-Bayda, after they were joined by members of the local police.

Prisons have been stormed by the families of inmates, and there have been multiple reports of mass breakouts, and of guards shooting inmates.

Despite increasing unrest throughout the nation, Libya's capital, Tripoli, has remained comparatively quiet. Gaddafi himself made an appearance in Tripoli's Green Square today, to help lead a pro-government demonstration in support of himself.

Muammar Gaddafi has ruled Libya for 40 years, and has successfully barred any opposition to his regime from public life. In contrast to Egypt and Tunisia, Libya's army is divided along tribal lines, and some experts believe that it is unlikely that it will rise in support of the protesters. Social media sites are also more controlled in Libya than in neighboring countries.

In spite of these factors, Libya's pro-democracy protests show no sign of stopping. According to the New York Times, Libyan activists claimed today that they had won control of several additional towns.