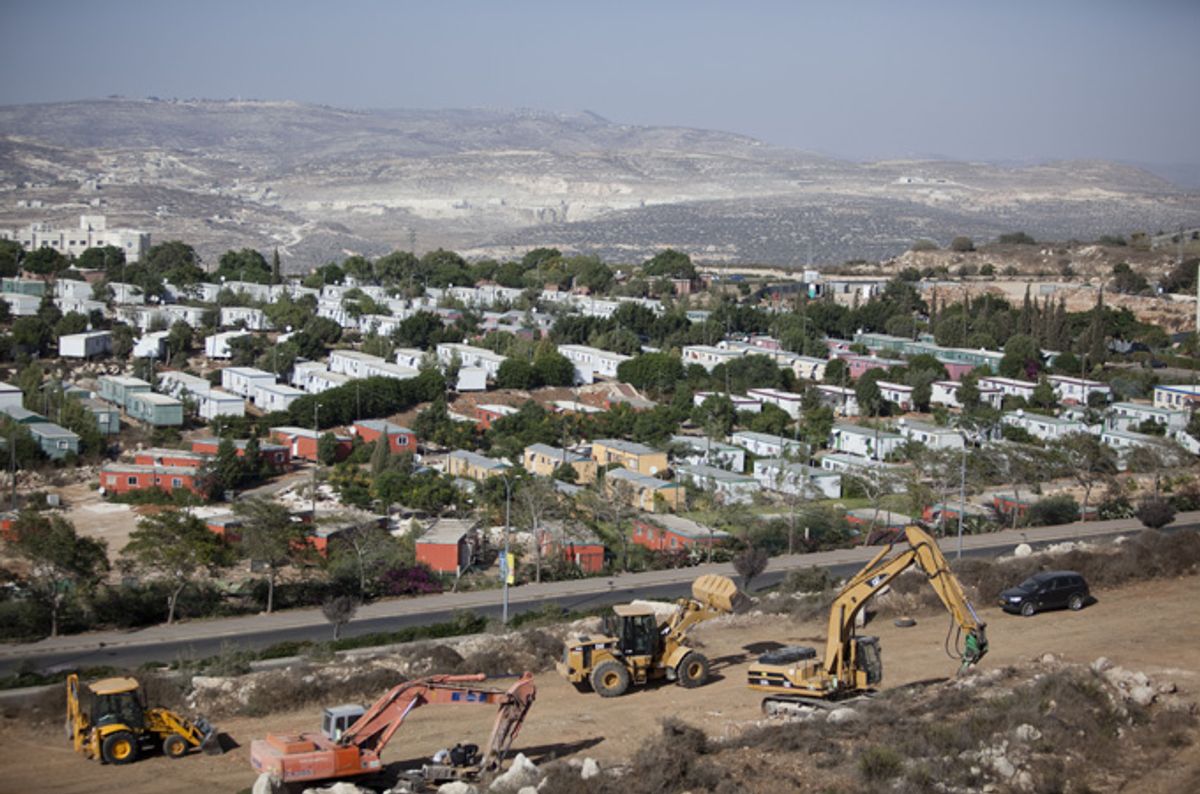 The U.N. Security Council condemned Israeli settlements in Palestine like these before the U.S. vetoed the resolution.
--

The United States vetoed a U.N. resolution Friday that would have condemned Israeli settlements as "illegal" and called for an immediate halt to all settlement building.

The 14 other Security Council members voted in favor of the resolution.

The Obama administration's veto is certain to anger Arab countries and Palestinian supporters around the world. An abstention would have angered the Israelis, the closest U.S. ally in the region, as well as Democratic and Republican supporters of Israel in the U.S. Congress.

The U.S. opposes new settlements but says taking the issue to the U.N. will only complicate efforts to resume stalled negotiations between Israel and the Palestinians on a two-state solution.

The Palestinians have said repeatedly that they will not resume peace talks until Israel halts settlement building in the West Bank and East Jerusalem, which the Palestinians want as their capital.

Israeli-Palestinian peace talks collapsed just weeks after they restarted in September because Israel ended a 10-month moratorium on settlement construction.