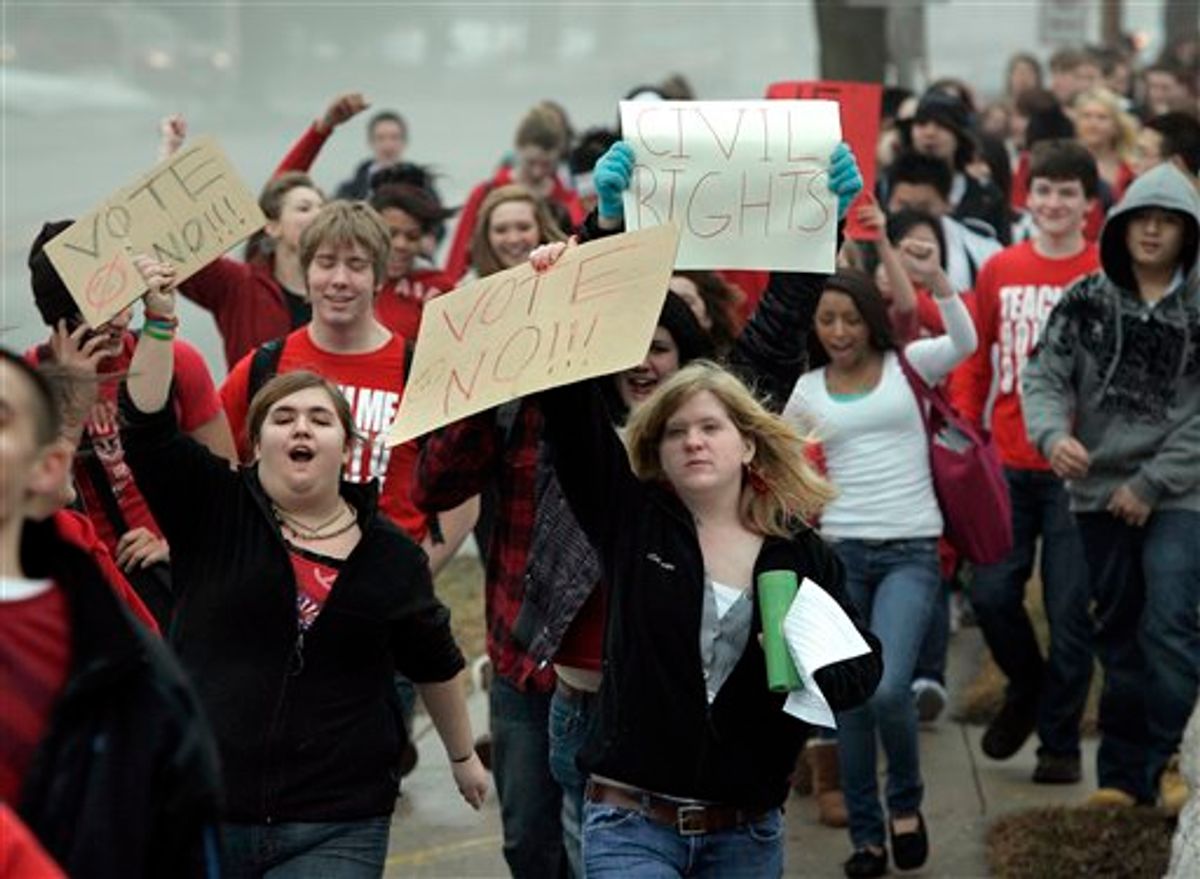 Appleton West High School students protest in support of their teachers on Thursday, Feb. 17, 2011. Teachers and labor supporters swarmed entrances to the Senate chambers at the Wisconsin Capitol Thursday in an attempt to stop lawmakers from passing a bill that would strip most public employees of nearly all collective bargaining rights. Senators were considering Republican Gov. Scott Walker's bill to end collective bargaining, except on issues of salary, for most public employees. (AP Photo/The Post-Crescent, Sharon Cekada) (AP)
--

Republicans in the Wisconsin state Senate have asked the governor to send state troopers after Democratic leader Mark Miller.

Senate Democrats are boycotting a Senate vote on a bill that would strip public sector workers of their collective bargaining rights. They have been missing from the Capitol for a day and a half.

The Wisconsin Constitution prohibits police from arresting legislators while they're in session. Fitzgerald says he just wants to send a message to Miller -- if he's even home -- that he must bring his caucus back to Madison.