With or without the Senate Democrats, assembly speaker Jeff Fitzgerald will hold the vote later today 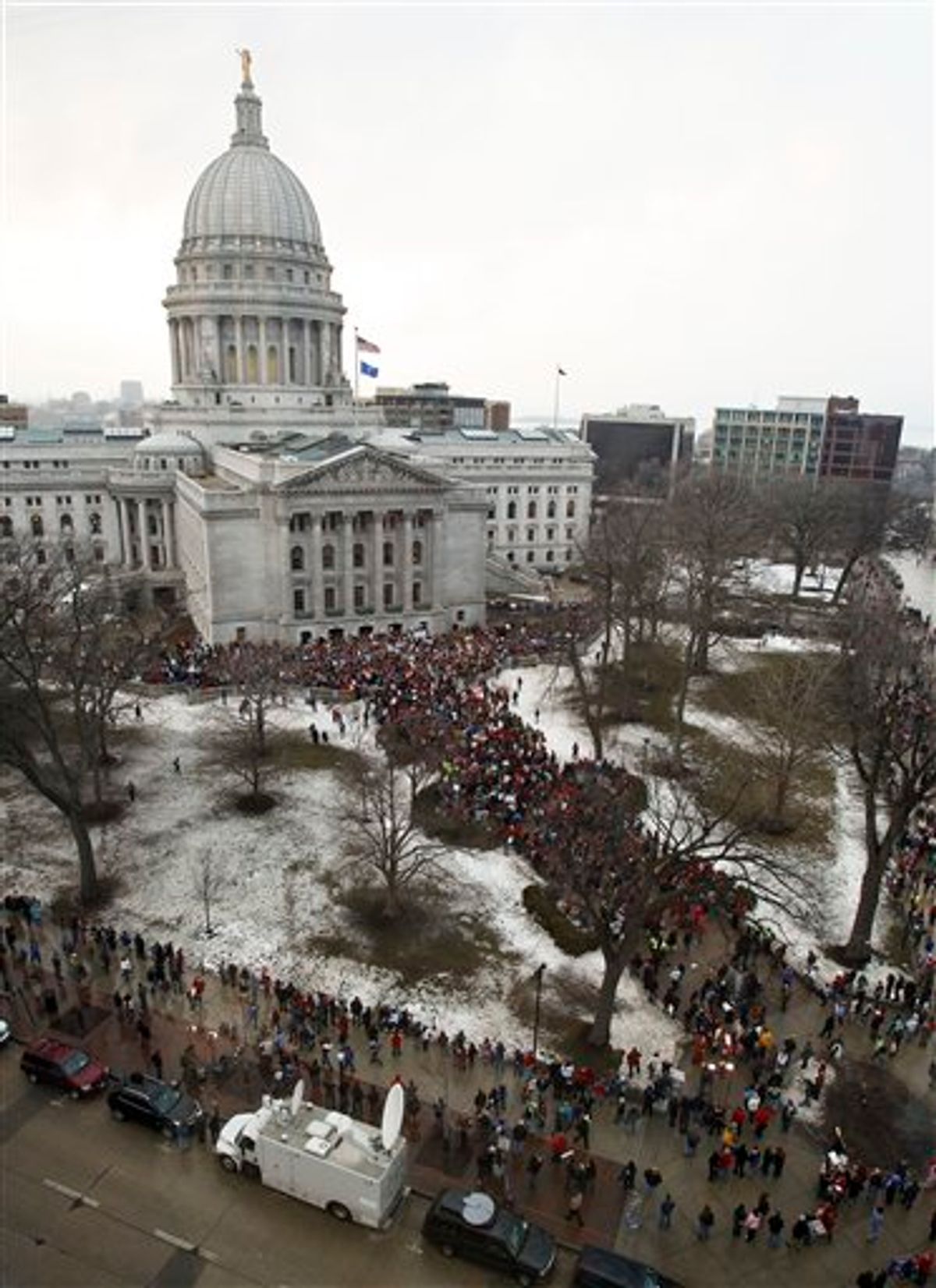 Protestors gather outside of the State Capitol in Madison, Wis., to voice their opposition to Wisconsin Gov. Scott Walker's bill to eliminate collective bargaining rights for many state workers. (AP Photo/Andy Manis) (AP)
--

Assembly Speaker Jeff Fitzgerald said Friday they intend to take up the bill sometime later in the day.

The Senate planned to debate it on Thursday, but all 14 Democrats staged a boycott delaying the action for at least a day. Several of them escaped to northern Illinois for several hours.

Democrats were present in the Assembly when it convened briefly.

Thousands of teachers and others have descended on the Capitol, forcing schools to close due to high absences. Dozens of people have spent the night for three straight nights in the Capitol as a sign of protest.