The uprising in Libya has met a bloody and merciless government response; at least 84 are dead 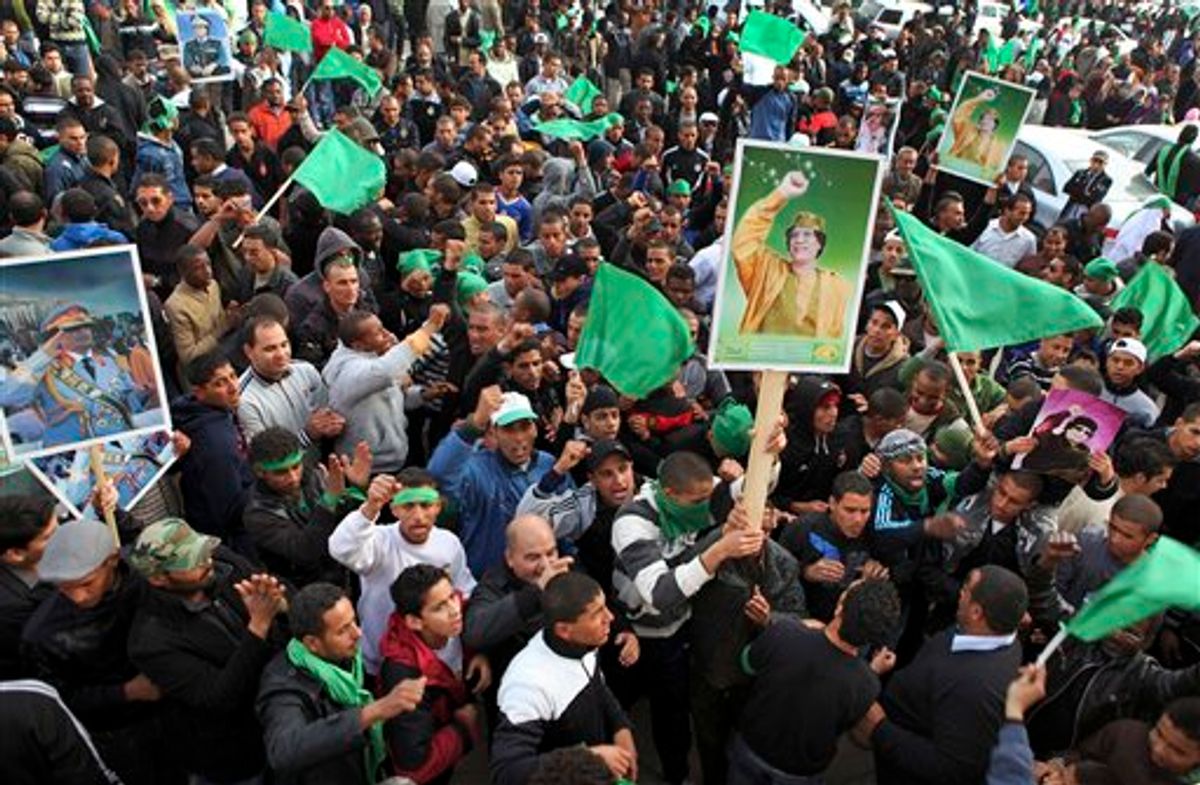 Through three days of major protests, Libya stands in stark contrast to neighboring North African countries Egypt and Tunisia. While the regimes in those countries countenanced anti-government protests to varying degrees, Libyan autocrat Moammar Gadhafi has struck down demonstrators with round upon round of violent and bloody repression. We've collected a number of links to help you get up-to-date on the conflict.