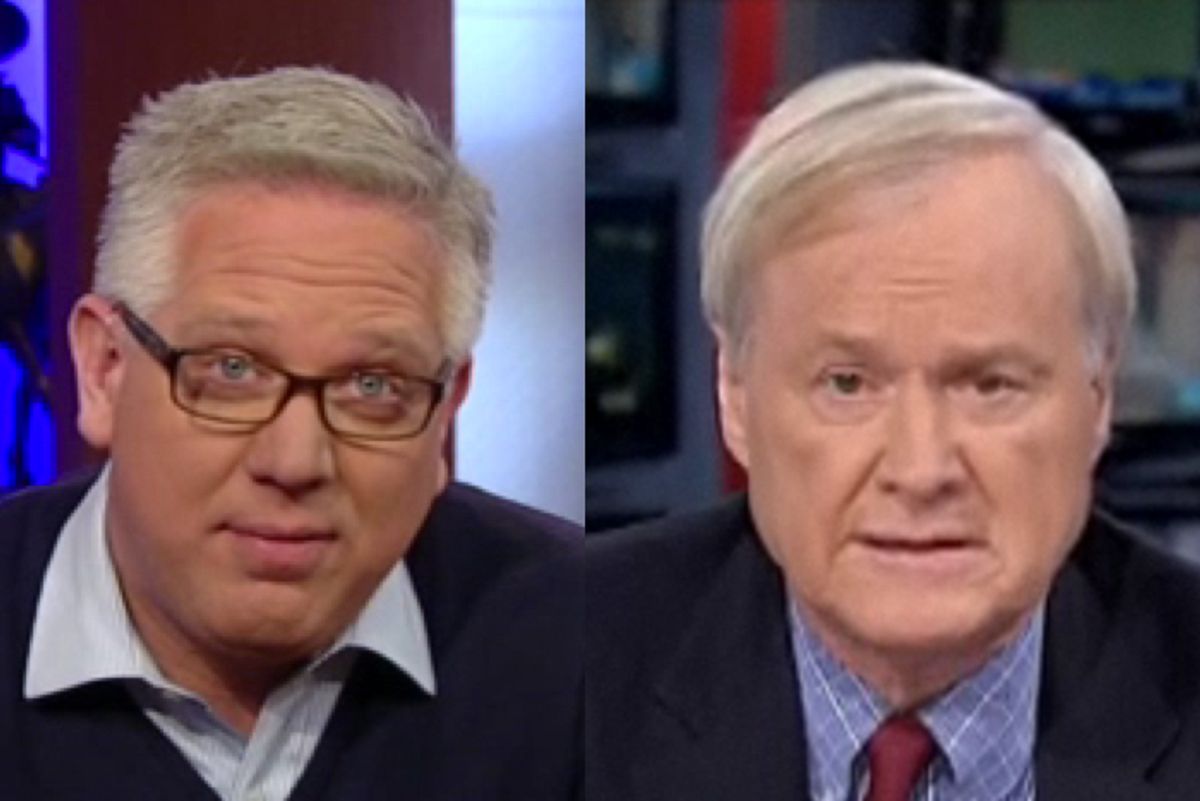 Controversy erupted yesterday as the Republican-controlled House of Representatives voted to cut funding for Planned Parenthood. The GOP slammed the organization for performing abortions -- even though the Hyde Amendment prevents the use of federal funds for the procedures -- and the vote set off a deafening roar of commentary from both sides of the political spectrum. Conservatives are working feverishly to vilify the organization while their liberal counterparts decry the return of abortion politics. Below, we've culled some of the best reactions to the Planned Parenthood budget cut.

Planned Parenthood released an open letter to members of Congress decrying the slashes to its budget yesterday:

(Media Matters has a point-by-point rebuttal to Beck's argument. )

Chris Matthews spoke with Democratic Rep. Diana DeGette and Marjorie Dannenfelser, president of the Susan B. Anthony List, on "Hardball" to talk about the funding cuts:

Gail Collins of the New York Times blasted House Republicans for their budget-cutting strategies, juxtaposing slashes to Planned Parenthood's budget against the continued funding for NASCAR:

The House of Representatives has been cutting like crazy! Down with Planned Parenthood and PBS! We can’t afford to worry about mercury contamination! Safety nets are too expensive!

But keep your hands off the Defense Department’s budget to sponsor Nascar racers.

Rebecca Traister argues that House Republicans perpetrated a harsh slap in the face to all American women:

Pence and his fellow Republicans are not simply taking aim at a particular medical procedure -- one that, I would nonetheless submit is an integral component in women being able to control their bodies, their health, their careers and thus their economic, social and political freedom. But this isn't simply about the question of abortion itself. What Pence and the House of Representatives did today was devalue women's lives, women's rights and women's ability to participate fully in the democracy.

Amy Davidson of the New Yorker praised congresswoman Jackie Speier for sharing her own personal tale of abortion, and argued that such moments presented a strong case for more women in Congress:

In the debate over that measure, right after Chris Smith, of New Jersey, made a graphic anti-choice speech, Jackie Speier, a California congresswoman, had her turn: “You know, I had really planned to speak about something else, but the gentleman from New Jersey has just put my stomach in knots.” She said that she had had an abortion, years ago, because of complications in a pregnancy ...

That was brave of her. That is also why it would be helpful to have more women in Congress: to make these discussions normal.

Ed Kilgore of the New Republic examines the return of abortion politics to Washington:

Why are Republicans are still fixated on abortion, at a time when they seem to be slowly drifting toward tolerance, or at least relative indifference, on other culture-war issues such as LGBT rights? For one thing, public opinion on abortion seems frozen in amber: Notably, in sharp contrast with issues like gay marriage, there's no evidence of generational change. But the main reason for the GOP's focus on restricting and ultimately outlawing abortion is simply that the Right-to-Life movement has worked very hard for many years to make itself perhaps the most impossible-to-ignore, dangerous-to-diss faction in Republican politics, particularly at the presidential level.

Amanda Marcotte of Slate suggests that Washington's austerity binge is the reason why Republicans were able to cut funding for popular contraception services in the Planned Parenthood cuts:

Why are Republicans going after birth control while most of the country worries about record unemployment? The move against contraception funding is a surprising turn towards the right, even for such a conservative Congress. Historically, inroads against contraception access have been difficult for activists on the Christian right because, unlike abortion, contraception is politically popular in this country: A Harris interactive poll conducted on the 50th anniversary of the pill demonstrated that 86 percent of Americans think the pill was good for society, and the Guttmacher Institute reports that contraceptive use is near-universal among sexually active straight women.

The short answer is that the recent emphasis on fiscal discipline has opened up a new path towards restricting contraception access.