Why did a lethal bomb placed on the route of a Spokane MLK Day parade draw so little sustained attention? 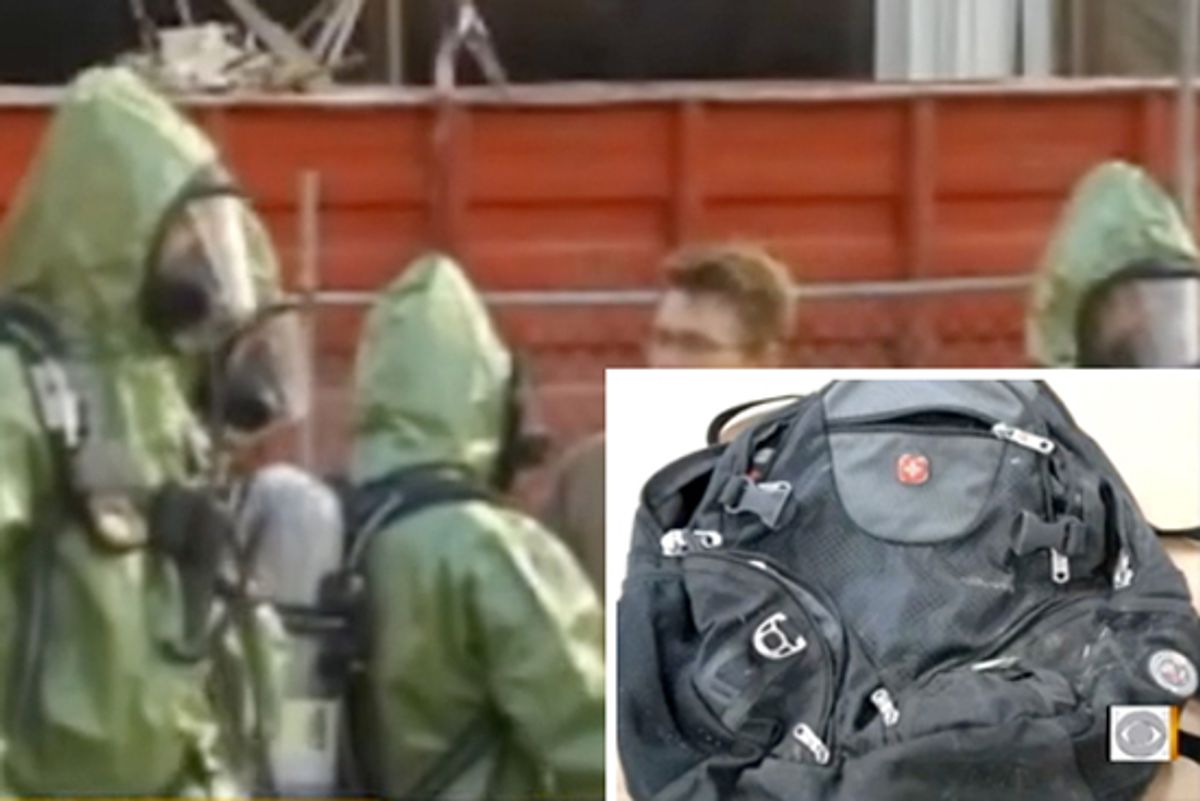 One month ago, a bomb was found along a Martin Luther King Day parade route in Spokane, Wash., an area with a troubled history of violence by white supremacist groups. The FBI quickly announced that the backpack bomb, which was found by chance not long before marchers were scheduled to walk by, was sophisticated and could have caused "multiple casualties." Authorities even used the phrase "domestic terrorism" to describe the incident.

Despite all that, the Spokane bomb has drawn little sustained coverage from the national media, let alone attention on Capitol Hill. One reason for the lack of coverage, no doubt, is that the incident does not fit into the reigning narrative of Muslim terrorism.

Take the example of the fake bomb plot by a Somali-born Muslim man in Portland, Ore., in November. This was one of several recent FBI stings in which an informant coaxed the suspect into launching an attack and even provided a fake bomb. A search for the Portland plot on the Nexis news archive, a blunt but fairly effective instrument for measuring the volume of media coverage, came up with 420 hits in the week after the incident. A similar search for the Spokane bomb plot came up with just 139 hits -- even though the bomb in Spokane was real and the device in Portland was fake.

To get an update on the Spokane bomb and where the investigation stands, I spoke with Thomas Clouse, a legal affairs reporter with the Spokesman-Review in Spokane. He has been covering the story more closely than any other reporter in the country. The interview has been edited slightly for length and clarity.

So set the scene, what is this parade like?

There are usually several hundred folks who come out on Martin Luther King Day for what they call a "unity march." They have members of the black community and black pastors who come and speak about the message of hope and the message that Dr. King lived. They have a route that we publish every year, and it ends up in downtown in River Park Square, where they have speeches.

Where along the parade was the backpack with the bomb found?

About three blocks from the end; it was found right next to or on a park bench. It was found by three contract maintenance workers about an hour before the march. They saw what appeared to be wires coming out of it, so they opened it and became suspicious. They called 911. The police consulted with each other and made the decision that they would not be able to determine whether it was a real bomb or not by the time the march was supposed to go by, so they decided to re-route the march. People were already gathering for the march when the backpack was discovered; it was found 40 minutes or so before people were supposed to walk by.

How was the bomb made?

Most of what we know is from sources who have not been willing to be named. The FBI is trying to preserve details of the case so if someone comes forward trying to take credit, the authorities will be able to separate the wheat from the chaff. From what I've learned, it was a metal cylinder with some type of explosive inside. It also had a specific type of shrapnel and a substance that they believe was designed to be an anticoagulant, and that was rat poison. We also reported that it had a remote detonating device, meaning the bomb could be detonated remotely. It had an electronic receiver very much like the automatic key entry in a car. That means that the person had to have been nearby to detonate the device.

Is there a sense of how much damage the bomb could have done?

They've said that it could have caused multiple casualties, though it's obviously tempered by the amount of explosives one can fit in a backpack. It was placed near a four-foot-tall, two-foot-thick brick wall that would have directed the blast directly out into the street where the marchers were.

Have they said anything about the motive?

They publicly have said that they believe it was a thwarted attempt at domestic terrorism, and that it cannot be lost that it had political and social motives because of the timing and the location -- along the path of a Martin Luther King unity march. But there was no note prior to, and no one took credit for it after the fact.

Can you explain the history of racial tensions in the area that you explored in one of your recent articles?

We've had several bombing incidents in the Coeur d'Alene, Idaho, area [about 30 minutes from Spokane]. There was some activity there in the 1980s. And we had three bombing incidents here in Spokane in 1996. The suspects or the people arrested in all of those cases were either Aryan Nations or some type of white supremacist. There's been a lull recently in that type of activity.

We have been seeing a lot more racist literature left on cars and in homes. We had a hate crime that made it to federal court in Coeur d'Alene in which some guys scratched out a swastika in the dirt on the side of their rig. Two of the three I believe were convicted of malicious harassment of a Hispanic man in the area. But things really have wound down since 2004 when Richard Butler died. He was the founder and leader of the Aryan Nations.

But it's not as if any of these groups are a constant, visible presence?

No. Into the late 1990s, the Aryan Nations would have an actual parade down Main Street in Coeur d'Alene, with swastikas and boot-stepping and the whole nine yards. But we haven't seen that since 1998 or 1999.

So where do things stand now in the investigation?

The FBI has not even so much as put out a description of a suspect. Yet, I interviewed a restaurant owner who said the day after the incident an agent with Homeland Security came by, and he got the impression from the questions that the agent had somebody specific in mind. The authorities said that there were interviews done the day of the discovery, and that there was no immediate threat of a second device. That leads me to believe that they have more idea of who is behind this than they're letting on.