The elite serve the homeless at Harvard shelter

Harvard Square Homeless Shelter is run wholly by undergraduates, some say the only such institution in the country 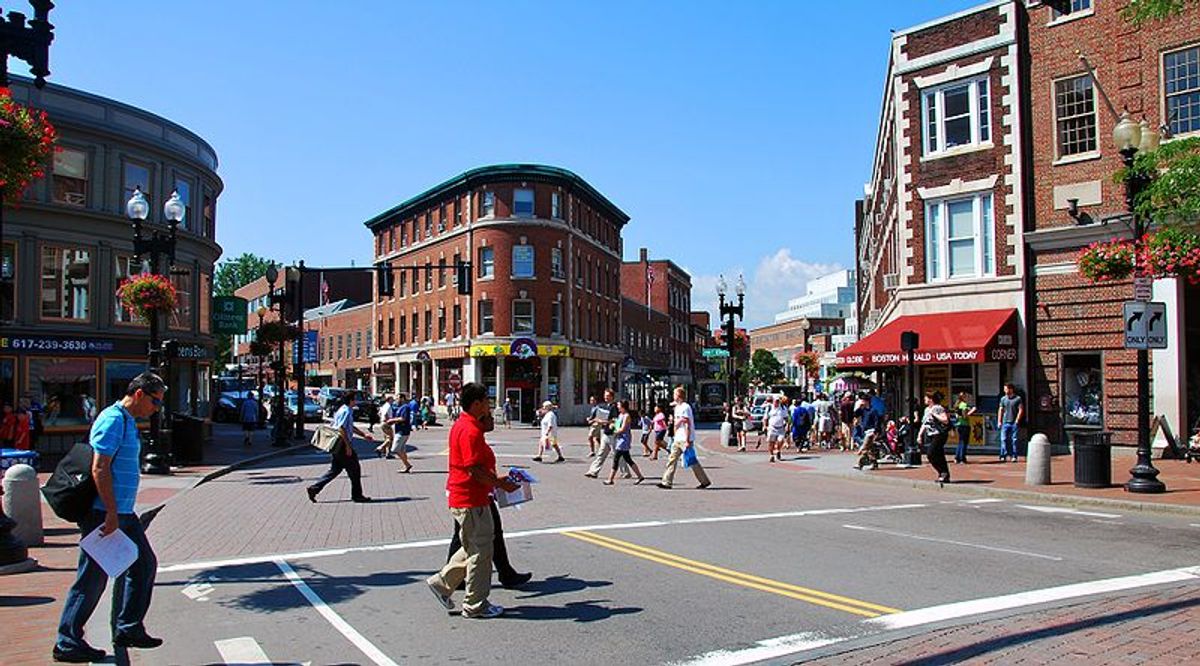 As darkness falls on Harvard Square, students wrapped tight against the freezing cold hustle down icy, red-brick sidewalks and past snow banks, eager to reach the warmth of dorms and libraries.

One man, underdressed in a light jacket and baseball hat, paces impatiently at the basement door of the University Lutheran Church.

He's waiting for the Harvard Square Homeless Shelter to open.

Every night from Nov. 15 to April 15, the shelter brings together students from one of the world's wealthiest and most prestigious universities with neighbors struggling to survive on the fringes of society. It touts itself as the only homeless shelter in the nation run entirely by college students.

"When I got on campus, I saw a really strong juxtaposition between the wealth, prestige and power of the university compared with the plight of so many people in the square," said Jonathan Warsh, who in addition to being co-administrative director of the shelter is a senior from Bloomfield Hills, Mich., studying government and health policy. "It's too easy to get trapped in the ivory tower."

The emergency shelter opened in 1983. The church, though not affiliated with Harvard, is surrounded by university buildings in the heart of Harvard Square, as the neighborhood around the university is known. The church rents the space to the shelter for a nominal fee that covers expenses.

The square, with its confusing maze of busy, one-way streets, is a study in contrasts. The sidewalks are lined with an eclectic mix of unique stores, bookshops and restaurants geared toward the students and the wealthy, all in the shadow of the university. The subway entrance that serves as the square's hub, though, is a gathering spot for the homeless and panhandlers, drawn by the heavy foot traffic.

The shelter has 24 staff members, all Harvard undergraduates, as well as about 200 other volunteers, mostly students. The shelter has an annual budget of $60,000. The money comes from sources including state and federal grants, the shelter's own fundraising arm, area businesses, and volunteer alumni. It has beds for 20 men and four women and is full to capacity and beyond each night.

The students handle every aspect of running the shelter: keeping track of money, procuring food and other donations, cooking, washing dishes, sweeping. In addition to the dining and sleeping area, there's a small library and computer room, men's and women's showers, a laundry room, and a kitchen.

They push a shopping cart down slippery streets to pick up food donated by Harvard's dining halls. The students also serve meals at the door to people who don't have a bed inside.

They stay awake in the wee hours of the morning, studying, while Harvard Square's homeless sleep.

"These kids are awesome," said a shelter guest who wanted to be identified only as Kevin out of worries his family would find out he was homeless. "I wouldn't be able to do anything without this place."

He once lived in an affluent Boston suburb, but financial struggles brought on in part by a divorce put him on the streets, where he can't make ends meet, even with a job.

He's involved in a program at the shelter that requires him to set aside a certain amount of money every week so he can save enough to rent an apartment. If he has an apartment, his children can visit.

Gene Corbin, executive director of the Phillips Brooks House Association, a student-run nonprofit at Harvard that oversees more than 80 student social service projects, including the shelter, can rattle off a list of well-placed Harvard alumni who have volunteered there. They include U.S. Housing and Urban Development Secretary Shaun Donovan; former Massachusetts state Sen. Jarrett Barrios, now the president of the Gay & Lesbian Alliance Against Defamation; and the Rev. John Finley IV, founder of a school for disadvantaged children in Boston.

Donovan said his experiences had a direct bearing on his career and still help drive his goals in the Obama administration.

"It had a deep impact on me," said Donovan, a 1987 Harvard graduate who volunteered at the shelter for three years, including for a while on the 3 a.m. to 5 a.m. shift, when it's hard to stay awake.

Donovan went to work as an intern for the National Coalition for the Homeless in Washington right after graduation after listening to a campus talk by organization founder Robert Hayes.

"It taught me that for folks experiencing homelessness, the answers and solutions are complex, but very much possible," Donovan said.

The shelter is where classroom theory meets reality, said Scott Seider, an assistant education professor at Boston University who volunteered at the shelter while a Harvard undergrad in the late 1990s.

"This place serves as a cauldron of leadership development," he said. "People here learn how to run a complex organization."

The shelter is only for sober, childless adults; people who don't fit that bill are referred to other shelters.

The volunteers are trained in conflict resolution, in case guests have a dispute, and they learn how to deal with recovering addicts, people with mental health issues and the disabled. Guests in the past have included people in wheelchairs and on respirators, co-director Luci Yang said.

The economy and a harsh winter have made the shelter's services more important than ever this year, Yang said.

"Demand has definitely gone up since the recession and the housing crisis," said Yang, a senior from Cleveland who's studying economics and psychology.

The student staff doesn't just provide a warm bed and a hot meal for the night. They help people apply for food stamps; help them find permanent housing, health care and jobs.

Co-directors Warsh and Yang estimate they put in 15 to 25 hours per week at the shelter on top of their demanding academic schedules. Most volunteers put in just a few hours per week.

They both started volunteering at the shelter as freshmen washing dishes. Like many volunteers, they did it because friends were involved, but they were quickly driven by a duty to do something about the extremes they see in Harvard Square.

They are trying to change the lives of the guests, but they often find their own lives are changed, too.

"This is my most enriching experience at Harvard," Yang said.