The Minnesota congresswoman slammed taxes, the federal reserve and the president in a South Carolina speech 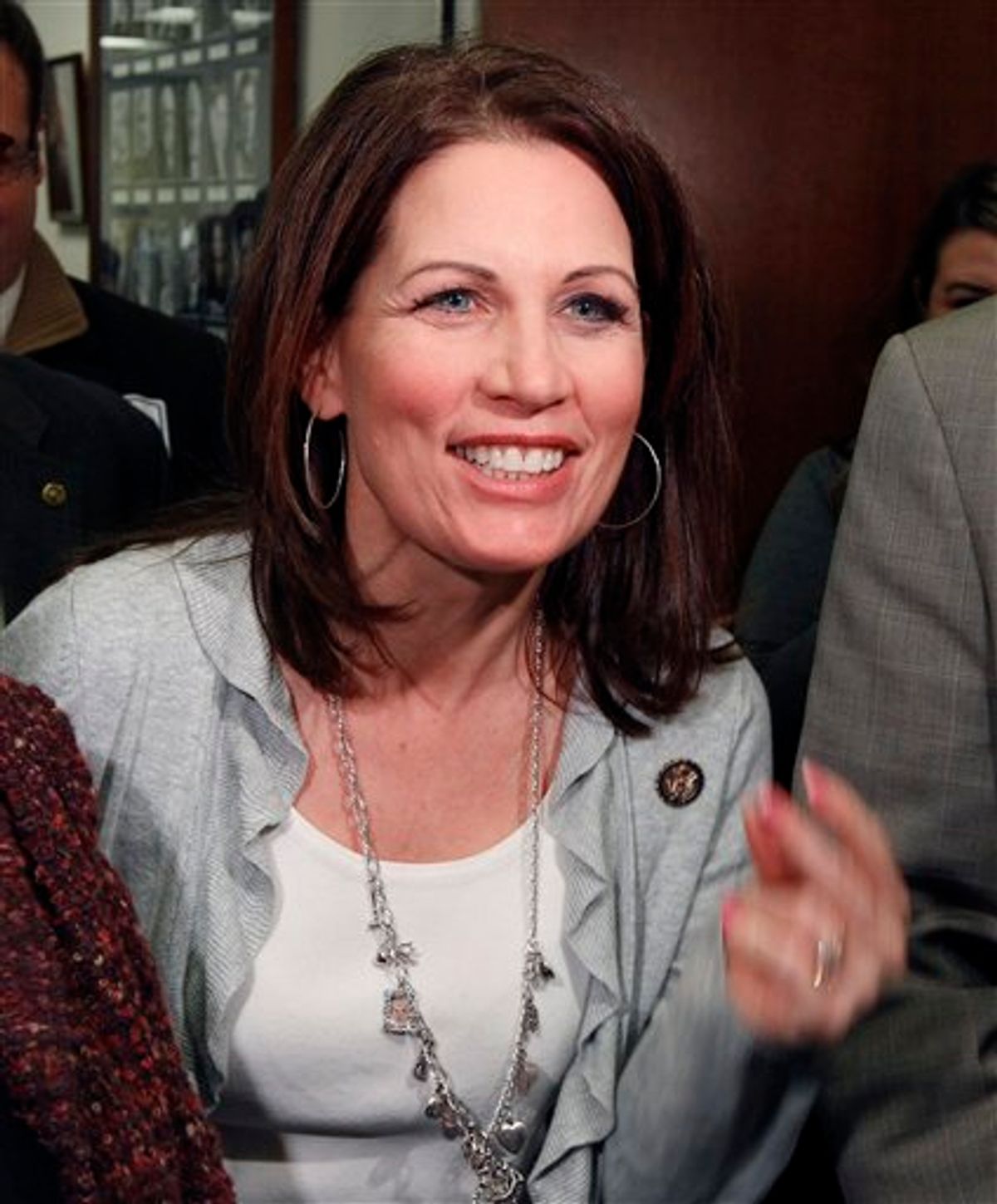 Michele Bachmann was firing on all cylinders last night. The uber-conservative congresswoman -- and possible presidential candidate -- revved up a crowd of just under 200 Republicans in South Carolina, touching on several hot-button issues such as health care reform, terrorism and American exceptionalism. Most notable, perhaps, Bachmann called the U.S. tax code a "weapon of mass destruction."

The whole speech was laced with anti-Obama sentiments, explicated most clearly when lambasting the President's foreign policy:

Our Peace Prize-winning president is very busy bowing these days to kings. He is bending down to dictators, and he is brown-nosing the elites that are in Europe, and he's babying the jihadists who are following Sharia-compliant terrorism. He is callow and confused and inconsistent in his response to the Egyptian crisis, and to the uprisings in Iran, and to the terrorist threats. And he's accomplishing something nobody thought even possible: He's making Jimmy Carter look like a Rambo tough-guy.

Bachmann has not said whether she will run for President or not, but she has been touring early battleground states such as Iowa and New Hampshire, in addition to South Carolina.