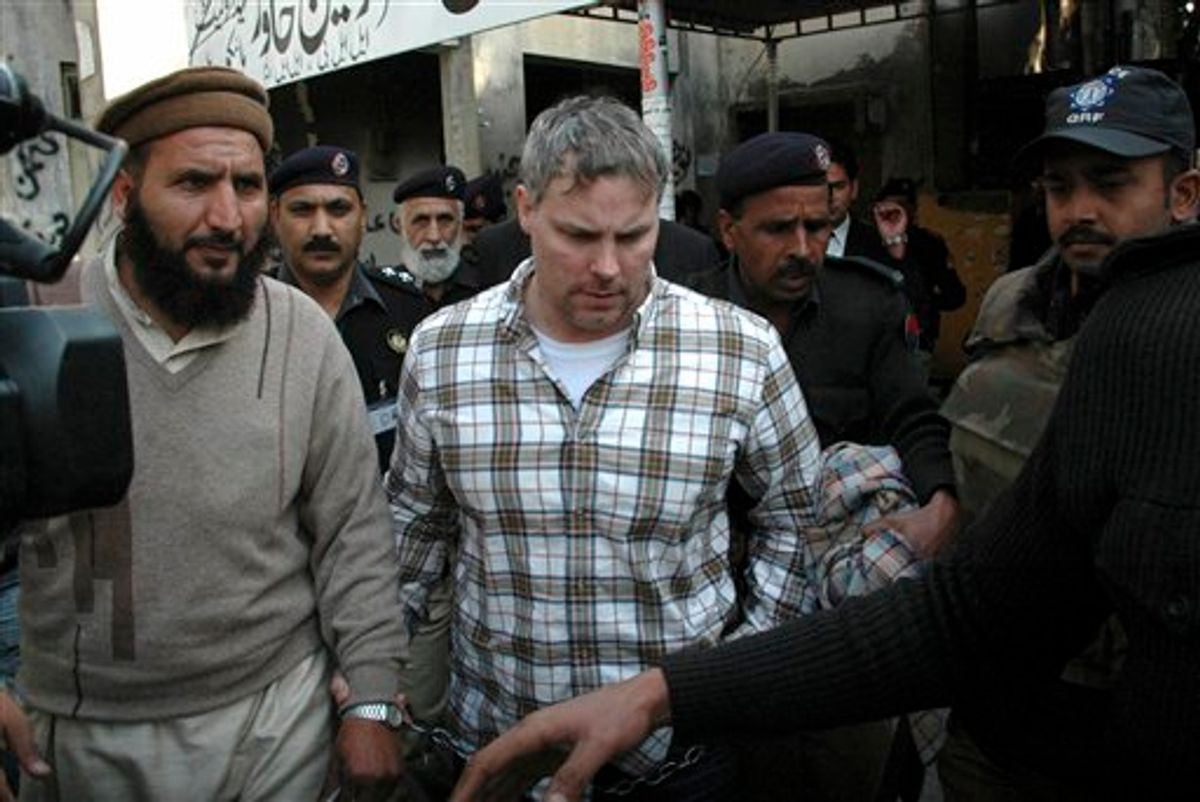 FILE - In this Jan. 28, 2011 file photo, Pakistani security officials escort Raymond A. Davis a U.S. consulate employee, center, to a local court in Lahore, Pakistan. Most legal experts in Pakistan's government believe an American detained in the killing of two Pakistanis has diplomatic immunity, but a court should decide his fate, an official said Tuesday Feb. 15, 2011. The announcement reflected an apparent bid to open the way to the man's release while dampening public outrage. (AP Photo/Hamza Ahmed, File) (AP)
--

The Associated Press has learned that an American jailed in Pakistan after the fatal shooting of two armed men was secretly working for the CIA.

The arrest last month of 36-year-old Raymond Allen Davis has caused an international diplomatic crisis. The U.S. has repeatedly asserted that Davis had diplomatic immunity and should have been released immediately.

But former and current U.S. officials, who spoke on condition of anonymity because they weren't authorized to talk publicly about the incident, told the AP that Davis had been working as a CIA security contractor for the U.S. consulate in Lahore.

Davis, a former Special Forces soldier who left the military in 2003, shot the men in what he described as an attempted armed robbery in the eastern city of Lahore.